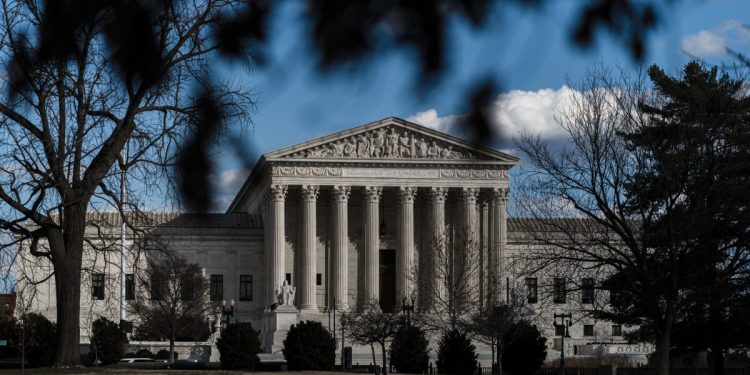 The Supreme Court on Wednesday weighed an employer’s challenge to a California labor law that authorizes private attorneys to sue on behalf of thousands of workers, even if those workers had agreed to arbitrate their claims individually.

The closely watched case is the latest and perhaps most important test of whether companies can shield themselves from costly employment lawsuits through arbitration clauses that forbid group or class claims.

The court’s conservative justices said little during Wednesday’s argument in Viking River Cruises vs. Moriana, while the three liberals spoke in defense of the California law.

“This is the state’s decision on to enforce its own labor laws in a particular kind of way,” said Justice Elena Kagan.

She was referring to the Private Attorneys General Act of 2004, in which the Legislature authorized private attorneys to sue employers and collect penalties for violations of the labor code.

The state said it did not have enough staff to police industries where “labor law violations are the most rampant, including agriculture, garment, construction, car wash, and restaurants.”

The suits often cite complaints of wage theft or unpaid overtime work. Under the law, 75% of the penalties collected are to be returned to the state, while the remainder is divided among the employees and the attorneys.

A group of California employers told the court that the law, even if well intentioned, has become a means to enrich plaintiffs’ law firms. They file claims at a rate of 17 per day, said Washington attorney Paul Clement, and they demand penalties for “tens of thousands of employees at a time and extracting millions of dollars from employers.”

The issue for the court was whether the Federal Arbitration Act of 1925 preempts or trumps the California private-attorneys law.

For more than a decade, the high court has regularly sided with businesses and in favor of arbitration. The justices have ruled businesses may enforce arbitration clauses that prevent workers or consumers from filing broad class-action claims.

The 1925 law was designed originally to uphold arbitration agreements between companies that had signed contracts to ship goods by railroad or by sea. More recently, it has been transformed into a powerful weapon for companies seeking protection from class-action claims.

But California and state courts have been holdouts, ruling that plaintiffs may sometimes join together to sue under state law. In 2014, the state Supreme Court said the Federal Arbitration Act did not prevent the state from authorizing private attorneys to enforce its labor laws.

The case before the court began when Angie Moriana quit her job as a sales agent in Los Angeles for Viking River Cruises and complained she did not receive her last pay check. She then became the lead plaintiff in a private suit alleging violations of behalf of a large group of Viking employees.

Viking asked a Los Angeles Superior Court judge to block the lawsuit and send her case to arbitration. The company said she had agreed to arbitrate “any dispute arising out of or relating to your employment.” Moreover, she had waived any right to any “class, collective or private attorney general action.”

But the judge and a state appeals court refused and ruled that under California law, the private suit may proceed because “the state is the real party” bringing the claim. The state Supreme Court turned down an appeal, but in December, the U.S. Supreme Court agreed to hear Viking’s appeal.

“Arbitration will be gutted,” Clement argued, if states can authorize broad private lawsuits in its place.

But workers’ rights advocates said the private lawsuits are crucial for protecting employees. They cited a recent report by the UCLA Labor Center found that 89% of PAGA claims alleged wage theft.

Justice Brett M. Kavanaugh asked if it was correct that “California is an outlier here.”

Yes, said Scott Nelson, an attorney for nonprofit consumer advocate Public Citizen. California wanted “to enhance its enforcement” of workers rights, he said. And that decision to authorize private suits “is entitled to respect, even if California remains the only state that does so.”

The court will hand down a decision in the case by late June.