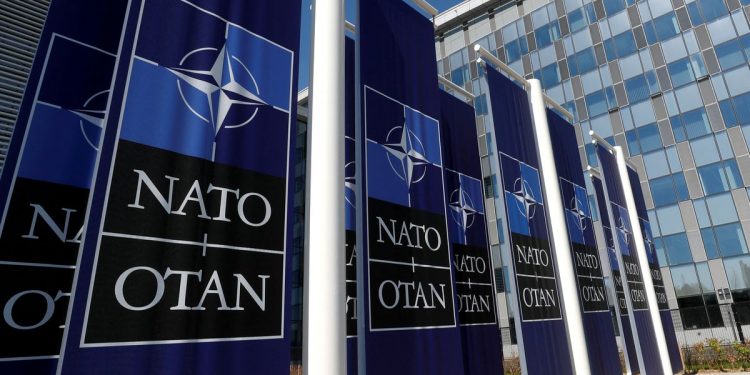 STOCKHOLM, May 4 (Reuters) – Sweden has received assurances from the United States that it would receive support during the period a potential application to join NATO is processed by the 30 nations in the alliance, Foreign Minister Ann Linde said in Washington on Wednesday.

Sweden and neighbour Finland stayed out of NATO during the Cold War, but Russia’s annexation of Crimea in 2014 and its invasion of Ukraine have led the countries to rethink their security policies, with NATO membership looking increasingly likely.

Both countries are concerned they would be vulnerable during an application process, which could take up to a year to be approved by all NATO’s members.

“Naturally, I’m not going to go into any details, but I feel very sure that now we have an American assurance,” Linde told Swedish TV from Washington after meeting U.S. Secretary of State Antony Blinken.

“However, not concrete security guarantees, those you can only get if you are a full member of NATO,” she added.

Linde declined to say what assurances she had received from Blinken.

“They would mean that Russia can be clear that if they direct any kind of negative activities against Sweden, which they have threatened, it would not be something that the U.S. would just allow to happen … without a response,” she said.

A U.S. State Department statement issued after the meeting said Blinken had reaffirmed Washington’s commitment to NATO’s policy of welcoming new members, but it made no mention of security assurances.

Sweden’s defence minister said last month that an application could trigger a number of responses from Russia, including cyber attacks and hybrid measures – such as propaganda campaigns – to undermine Sweden’s security.

Moscow has warned it could deploy nuclear weapons and hypersonic missiles in the European exclave of Kaliningrad if Sweden and Finland become NATO members. read more

Linde, who will now travel to Canada to discuss security matters with its government, said the United States was strongly supportive of Swedish and Finnish membership in NATO, which would increase stability in the Baltic and Arctic regions.

Both Sweden and Finland are expected to make a decision about whether to apply to join NATO this month. read more