Tackling the digital divide: removing the barriers to online access for all | Connected thinking 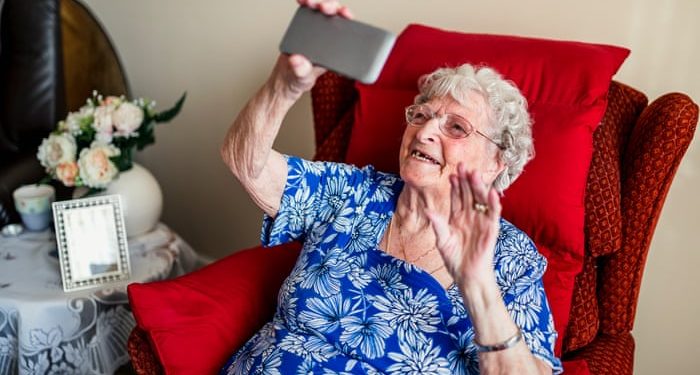 
Getting online transformed Bernard Whitbay’s life. Suffering from poor health, the 72-year-old from Salford spent most of the last 18 months in isolation at home. Without basic IT skills, he couldn’t shop online or even make video calls to his grandchildren and became increasingly depressed. Then a friend put him in touch with Tech and Tea, a local digital skills project for the over-60s that taught him the basics. From not knowing how to send an email, Whitbay has gone on to become a tech coach to others in his local community.

Whether it’s ordering a prescription, renewing a passport, or attending a job interview, so many aspects of day-to-day life can now be carried out online – but not by everyone. Despite the rapid pace of digital adoption during the pandemic, which has boosted the take-up of online services, the UK’s digital divide still prevents many people from accessing them. Ten million people in the UK lack the most basic digital skills, such as logging on to wifi or using email, and 1.5m households have no internet access, according to social charity the Good Things Foundation in its Building a Digital Nation report.

People who are digitally excluded find it hard to participate in society and often suffer from increased loneliness and social isolation. “Digital inclusion is about people having equitable access to the internet, the skills to use it, and an understanding of the potential it has for their lives,” says Helen Milner, group chief executive at the Good Things Foundation.

“The barriers include a lack of affordable access, digital devices that you can connect to the internet, and the very basic digital skills to use the internet. They also need to understand the relevance of the internet to their lives – many see it as simply people posting pictures of themselves on social media.”

Initiatives such as the National Databank are tackling digital exclusion. Launched last July by Virgin Media O2 and the Good Things Foundation, it provides free mobile data to those who need it. Milner says: “Data poverty isn’t binary. You may have access some of the time, but not all of the time. You might be in and out of work and can only afford enough data to last half the month. With more mobile providers now on board, the National Databank is making 500,000 sim cards available, and that will support a lot of people affected by data poverty.”

Community groups and local initiatives across the UK are also making an impact, with schemes that invite people, businesses and other organisations to donate old laptops and other electronic devices to be refurbished and distributed to locals in need. Free basic skills programmes are available to help people with no online experience to take their first steps into the digital world at their local library or community centre.

Digital exclusion is largely a hyper-local problem – affecting lots of very small geographical communities – that requires a collaborative solution on a much larger scale. Challenges around connectivity, accessibility, affordability, skills, and motivation are being tackled through a series of public and private sector programmes and community initiatives in places such as Greater Manchester, where a pan-sector Digital Inclusion Taskforce was set up to tackle the digital divide.

This has enabled local people to use the free connectivity in community spaces to access online services such as banking and GP appointments, take advantage of opportunities to develop digital skills, and learn how to use the internet safely. It has also given younger people more places to get online and complete their school work.

The programme brought forward some of GMCA’s year-on-year investment in networks, technology and connectivity, and combined with the government funding that it had secured, created a bigger pot to deliver a greater reach and scale, for example, in the area of jobs and digital skills.

“The number of IT jobs advertised in the region over the past 12 months increased by about 165%. With the digital connections we are making, people can see a route to these opportunities,” says Phil Swan, digital director of the GMCA.

“Wherever people are based in Greater Manchester or any part of the north, they can see the growth of the region’s digital economy, they recognise the potential for new jobs, and thanks to new ways of working flexibly and remotely, people can more easily take advantage of them across the whole city region.”

This collaboration between large public sector bodies, individual local authorities, private companies, charities, and countless hyper-local community organisations has created a blueprint for bringing connectivity to communities where digital exclusion has been deeply entrenched and had a profound impact on people’s lives.

The LFFN programme also incorporates a number of social value initiatives, including the connection of 15 homeless shelters to the network. The move supports mayor Andy Burnham’s ambitions to tackle homelessness in Greater Manchester and provides a digital lifeline to some of society’s most digitally excluded individuals.

Being online has become a necessity – people can’t take part in society if they are digitally excluded. But it isn’t just a bolt-on. It has to be mainstream in the day-to-day delivery of services, and accessible for everyone.

A study by the Centre for Economics and Business Research and Virgin Media O2 Business found that remote working could open the door for almost 4 million people to enter the workforce, including 1.5 million disabled people, 1.2 million parents and 500,000 carers. Equipping more people with the tools and skills to get online will, in enabling them to be more connected and better informed, open up the whole country to the benefits of genuine digital inclusion.

“Digital transformation has the power to go well beyond technology,” says Martin McFadyen, head of public sector at Virgin Media O2 Business. “In many cases, it can change people’s lives – bringing them the skills and support they need to thrive. But we won’t be able to achieve our full digital potential until everyone in the UK is able to get online. We are rightly in a new era of expectations, where it’s no longer enough to just ‘do business’, we need to do good.”