‘Daddy’s working here now?’ Moment Taco Bell customer helps out staff by putting on a headset and translating a phone order from Spanish – to the surprise of his son

By Elmira Tanatarova For Mailonline

This is the moment a helpful father stepped in to help fast-food restaurant staff when none of them could understand a Spanish-speaking customer’s order.

Kimberly Calderon filmed her husband wearing an employee headset as he talked a customer through the options at a Taco Bell in Kenosha, Wisconsin.

In the clip, the pair’s surprised son can be seen asking: ‘Daddy’s working here now?’ 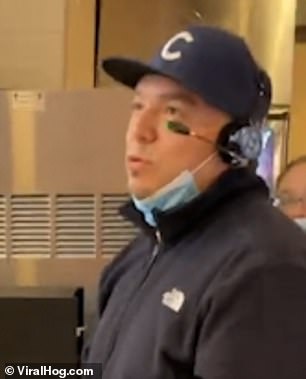 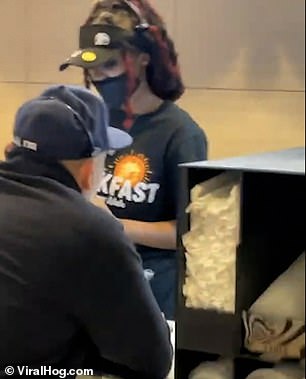 Kimberly Calderon’s husband wears a phone headset as he talks a Spanish-speaking customer through the options at a Taco Bell in Kenosha, Wisconsin

Calderon laughed and replied: ‘Yeah, for a minute.’

Her husband can be heard listing the drinks options to the Spanish-speaking customer over the phone.

In the end they settled on a medium ice tea and an order of nachos with cheese, which the cashier typed in as the man told her the order. 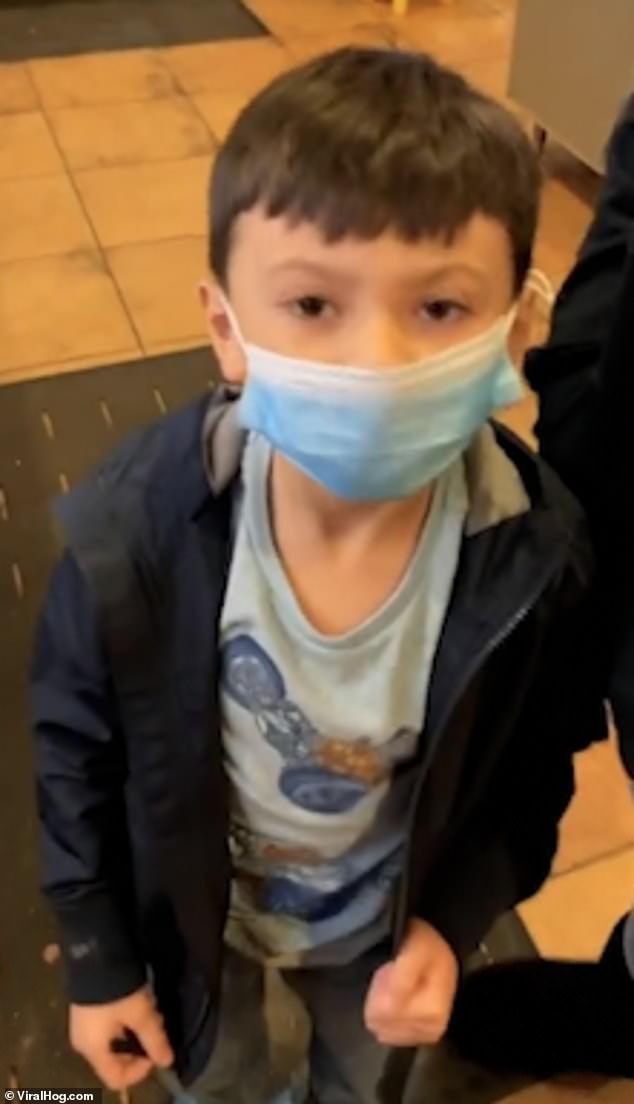 The video, filmed on November 6, ends with the helpful translator asking the customer: ‘Is that all?’ in Spanish.

Calderon later said: ‘My husband and our family went to Taco Bell for dinner in Kenosha, Wisconsin.

‘The workers were asking each other if they spoke Spanish and everyone said no. He was by the counter waiting for our food and said, “I do.” 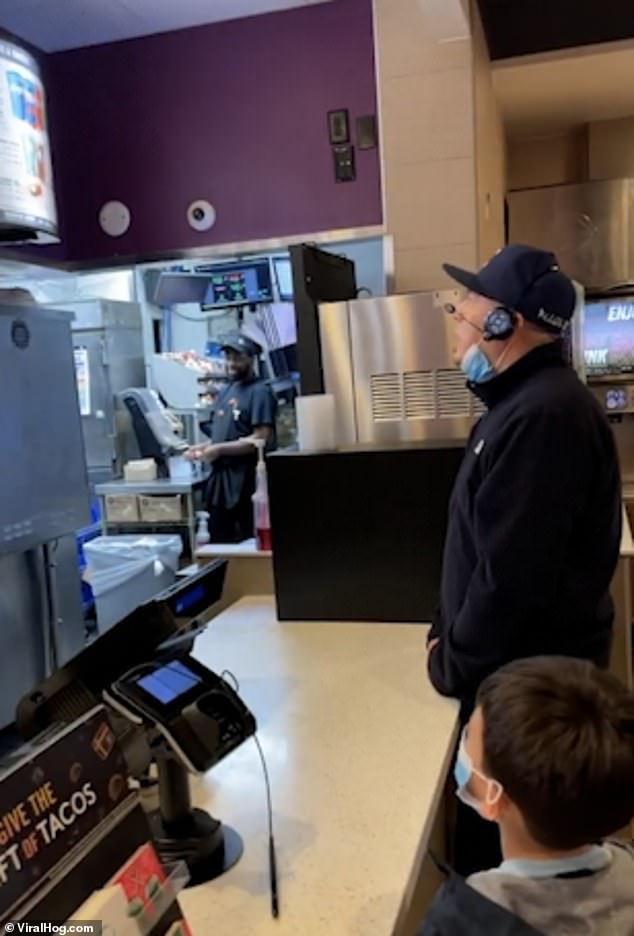 ‘The young lady asked, “Will you do it?” He said yes because he didn’t want the person to be stuck waiting and leave with no food.

‘Kindness goes a long way. Workers were happy and customer too!’

She posted the interaction to her TikTok account where it has been viewed more than 1.5 million times with 301,000 likes and more than 4,000 comments.

One viewer, Mashanda Byrd, said: ‘I work fast food you don’t know how much we appreciate stuff like this.’ 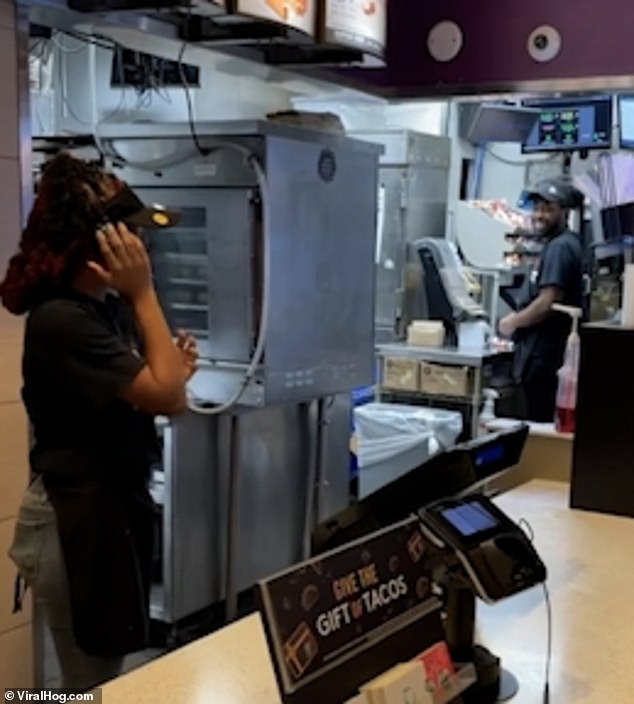 The staff, none of whom could speak Spanish, asked the kind customer if he’d be able to translate after he said he spoke the language

Datia B added: ‘I don’t think he knows how much stress it took off the customer & employee. He’s the real MVP. That man has a good heart.’

‘You know your son went back to school on Monday “my dad got to work at Taco bell!”,’ Chloe Bubs Chochi added.

In the comments Calderon said that the pair’s son later drew a picture of his father translating for a homework assignment on kindness.