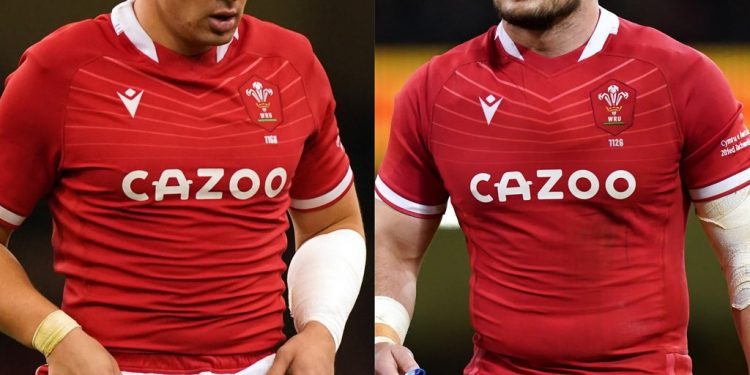 Taine Basham has been tipped as a potential breakout star of this season’s Guinness Six Nations – and his Wales team-mate Ellis Jenkins can understand why.

Flanker Basham, 22, has revelled on the international rugby stage since making a two-try Test debut against Canada just seven months ago.

He was a mainstay of Wales’ Autumn Nations Series campaign, starting all four games and excelling in appointments with southern hemisphere heavyweights New Zealand, South Africa and Australia.

Basham will run out for a Six Nations debut when Wales tackle Ireland on Saturday, and while Jenkins wins his 15th cap, it will be a first start in the tournament.

“Taine is someone who stepped in to cover injuries and has taken to international rugby like a duck to water,” Jenkins said.

“He was fantastic in the autumn and has that youthful exuberance. He takes everything in his stride and just enjoys it.

“Taine is not fussed by who he is playing against. He goes in to try and run over anyone that he can. I quite admire that!

“I like him. He doesn’t think too much about anything, to be honest.

“He is very laidback and almost naive to the pressure, which is a good thing. He is not fazed by anything, he gets on with it and gets stuck in.

“He doesn’t care who he is up against. He has one thing in his mind, and that is to dominate them.”

Wales have not beaten Ireland at Dublin’s Aviva Stadium since 2012, and even though they are reigning Six Nations champions, most bookmakers have them no better than fourth favourites.

A number of injuries to key personnel have underpinned that ranking, yet Wales’ Six Nations history is littered with odds-defying feats.

“If we took too much notice about every headline that was written, then we would never stop worrying about things,” Cardiff flanker Jenkins added.

“Everyone has written us off, but we are just focused on ourselves.

“We can talk all day about how good Ireland have been in the last couple of campaigns, but all that matters is how good they are this weekend and how good we are.

“We have spoken about winning the championship again. That starts on Saturday, and it is a big challenge, but that’s why we play.

“I know a lot has been made in the media about Ireland having a clean bill of health, and we haven’t, but it is a big opportunity for boys to step in.

“You have seen what opportunities like this have done for people before.

“Maybe boys who wouldn’t have played much have come in at the last minute, or maybe come in out of the blue a little bit, and the next thing you know they are definite starters going forward through the next couple of campaigns.

“We have still got a lot of experience, we have still got a fair few boys who have got a couple of Six Nations campaigns under their belt and we’ve got a good few British Lions in there as well, so it is not as if we are starting again.”

Celebrating Valentine’s Day on a budget