Taliban order all Afghan women to wear burqa – The Guardian 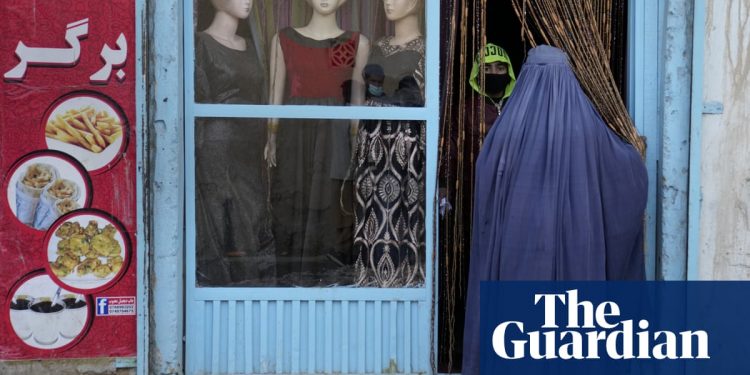 Afghanistan’s Taliban leaders have issued an order that all Afghan women should wear the all-covering burqa in public.

The move confirms the worst fears of rights activists and is likely to further complicate Taliban dealings with an already distrustful international community.

“We want our sisters to live with dignity and safety,” said Khalid Hanafi, the acting minister in the Taliban’s vice and virtue ministry, as it announced a decree that evoked similar restrictions on women during the Taliban’s hardline rule between 1996 and 2001.

The Taliban previously decided against reopening schools to girls above the age of 12, reneging on an earlier promise and opting to appease their base at the expense of further alienating the international community. That decision disrupted efforts by the Taliban to win recognition from potential international donors at a time when the country is mired in a worsening humanitarian crisis.

Shir Mohammad, an official from the vice and virtue ministry, said: “For all dignified Afghan women, wearing hajib is necessary and the best hajib is chadori [the head-to-toe burqa], which is part of our tradition and is respectful.”

The decree added that if women had no important work outside it was better for them to stay at home. “Islamic principles and Islamic ideology are more important to us than anything else,” Hanafi said.

Most women in Afghanistan wear a headscarf for religious reasons, but many in urban areas such as Kabul do not cover their faces.

The Taliban have faced intense pushback, led by western governments but joined by some religious scholars and Islamic countries for their growing limits on women’s rights. The US and other nations have cut development aid and enforced strict sanctions on the banking system, pushing Afghanistan towards economic ruin.