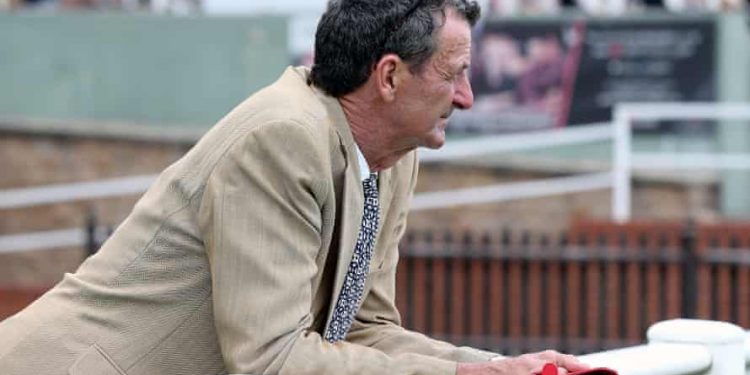 
The decision to switch the all-weather championships card from Lingfield to Newcastle means that Tyrrhenian Sea returns to the track where he reeled off a mid-winter hat-trick, and he is likely to start at odds-on for his in-form trainer, Roger Varian, in the Betway Easter Classic at the end of the card.

The four-year-old looked like one of the unluckiest losers of the all-weather campaign when only fourth at odds-on at Kempton Park last month, and he is better judged on a very cosy win from an opening mark of 87 on his handicap debut in February.

His five rivals all arrive with more experience and Living Legend will be a danger if Joe Fanning gets loose on the lead, but Tyrrhenian Sea (4.45) is top on the ratings and has more scope for improvement too so it will be tough to deny him a fourth win from five starts.

Newcastle 2.00 My Oberon was a respectable sixth in the Dubai Turf less than three weeks ago but provided he is over that, he is the clear form pick on his win in a qualifier on Tapeta at Southwell in February.

Lingfield 2.20 Tough to rule out any of the dozen runners here with confidence, but Asadjumeirah has the best individual piece of recent form – an easy win at Newcastle in February – and has not has not done much wrong in his three starts since.

Newcastle 2.35 Ejtilaab put up a career-best performance – in the 19th race of his career – at Kempton last month to win a handicap off 105 and anything close to that level will make him difficult to beat here.

Lingfield 2.55 Zameka made his debut in a hot race at Kempton in November and is a potential handicap blot off 81. He has done all his racing at seven furlongs so far, however, and at the likely odds, Aasser, a winner in a solid time at Wolverhampton in December, makes more appeal.

Newcastle 3.10 Probably best to focus on El Caballo and Tiber Flow, who are both proven over track and trip and have a combined record of seven wins from eight starts. Marginal preference is for the unbeaten second-favourite, who had more in hand than the half-length margin implies on his handicap debut at Southwell last month.

Newcastle 3.45 Highfield Princess was beaten three lengths in the Champions Sprint at Ascot in October, has winning form at this trip and could get a soft lead as she is the only regular front-runner in the field.

Lingfield 4.00 Most of these have a claim on their best form but Shoot To Kill could be the pick of the prices at around 10-1. He completed a hat-trick with a course-and-distance win in January and remains on a workable mark.

Newcastle 4.15 Sleeping Lion looks like the safest option in a tricky stayers’ contest, having followed up a close third at Listed level in France with a solid win back up at two miles last time.

Todd free to return after ban for striking horse

The Olympic gold medal-winning equestrian Sir Mark Todd is free to resume his training career after receiving a four-month suspension, with two months deferred, over a video which was widely shared on social media in February showing him hitting an eventing horse with a tree branch after it was reluctant to jump into a lake.

Todd admitted a breach of Rule J(19), which covers conduct prejudicial to the reputation of racing, when the British Horseracing Authority’s independent disciplinary panel reconvened to consider the case on Thursday. His licence was suspended by the British Horseracing Authority in mid-February, shortly after the video became public, and since his penalty was back-dated to that point, his licence has now been restored.

Relaying the outcome on Thursday, Brian Barker QC, the chair of the three-person panel, said that the BHA and Todd’s legal team had reached “common ground” in respect of his sanction.

Barker added that, having seen unedited footage of the incident, both sides agreed that the horse “showed no sign of fear or distress at any time”, that its welfare “does not appear to have been compromised and that the BHA does not suggest it was compromised”, and that Todd had been “calm in his attempt to encourage the horse to drop into the water, having first satisfied himself that the horse was capable of doing so”.

However, “the use of a light branch rather than a manufactured whip … was not appropriate”, and “the consequence of achieving a high level of success in sport is that the public is more readily able to identify an individual and their actions … can be expected to be scrutinised by a wider audience.” Todd took out a trainer’s licence in 2019 and saddled his first winner in June 2020.