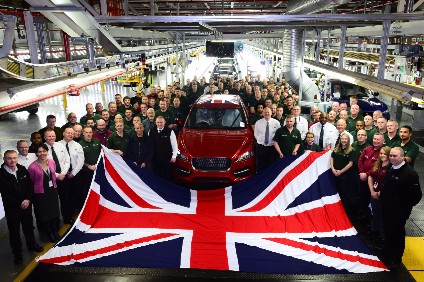 
Tata Motors owned Jaguar Land Rover said it had committed to reducing greenhouse gas emissions across its operations by 46 percent by 2030.

It would also cut average vehicle emissions across its value chains by 54 percent, including a 60 percent reduction throughout the use phase of its vehicles.

The goals, approved by the Science Based Targets initiative (SBTi), confirmed the company’s plans for a 1.5°C emissions reduction in line with the Paris Agreement.

“The commitment by Jaguar Land Rover meets the most ambitious goal set in Paris,” the automaker said in a statement.

The company set a second decade ambition for net zero emissions across supply chain, product, and operations by 2039, as part of its Reimagine strategy. It will decarbonise design and materials, manufacturing operations, supply chain, electrification, battery strategy, circular economy processes, and end of life treatment.

It named Rossella Cardone to the new role of sustainability director and Francois Dossa executive director, strategy and sustainability.

5 Ways to Provide a Positive Customer Experience in Ecommerce