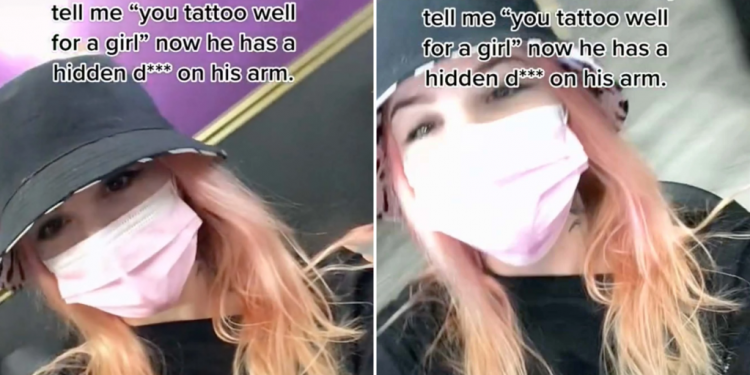 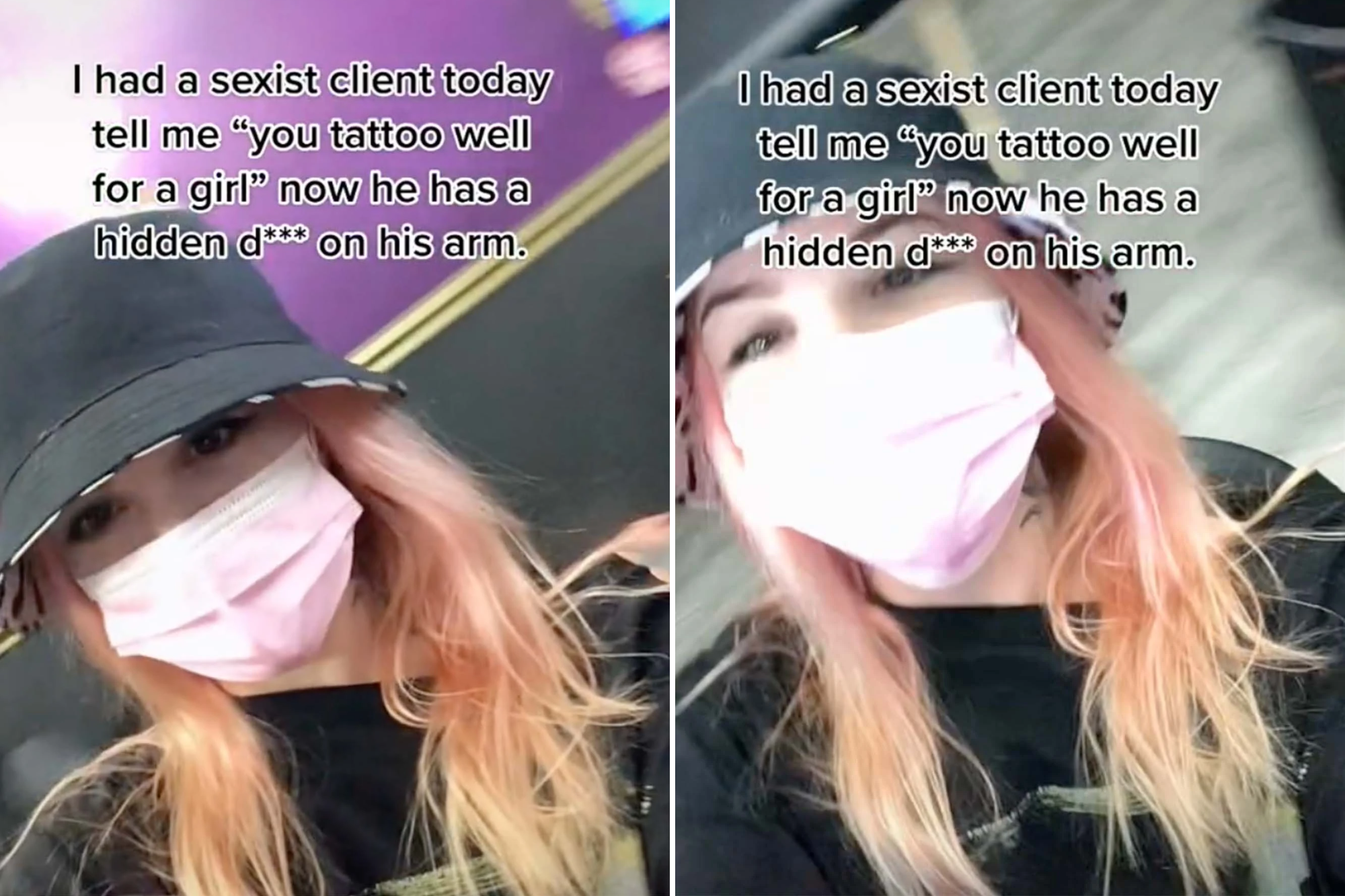 A tattoo artist has recalled the moment that she took revenge on a client after he made a sexist comment during an inking session.

Chelsie Taylor revealed her crafty ploy on TikTok as users were stunned by her antics.

She claimed that a client had remarked “you tattoo well for a girl” as she was undertaking his design.

And taking evasive action, she decided to permanently “hide a d*** on his arm” as punishment for his comments.

The video quickly received more than 500,000 likes as opinion was split on the unusual act of revenge.

Calling out the man, one said: “It’s very brave of him to insult the person who you consented to permanently draw something on you.”

Another added: “Don’t f**k with the person who holds the scissors or the tattoo needle!”

Others, meanwhile, were more interested in whether the woman would face retrospective action.

“Are you trying to get sued,” one user added, to which Chelsie replied “absolutely” accompanied by a smiley face.

Another pointed out: “As someone who’s studying to be a tattoo artist, you guys will be surprised just how many people do this, like every artist I’ve talked to.”

The artist replied: “If I had a dime for every time someone did this…. lol.”

It turns out inked revenges are on the rise and sometimes directed at those closest to us.

Last year, one artist revealed a mortifying appointment where a couple was scheduled to get matching tattoos.

He explained that the couple intended to get their other half’s names inked on them as a permanent reminder of how much they loved each other.

But after he had finished the boyfriend’s tattoo, the woman dropped the ultimate bombshell that she wasn’t having her tattoo done after revealing that she knew that he was cheating.

Elsewhere, one woman said she was given a painful reminder of her family antics after she accidentally booked a tattoo session with her mom’s ex.

The inking he gave her was so ugly that she believes it was an act of revenge.