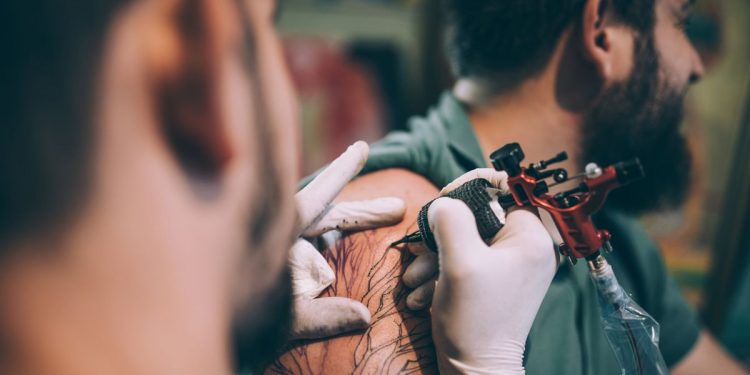 
People get tattoos for many reasons, whether it’s totally random or something special.

While some people could spend an absolute chunk of money on their ink, others might swerve it completely.

Tattoo artists would have seen it all including drunken customers coming in to make regrettable choices.

Now in a Reddit post which has gone viral, user/carlden asked people a crucial question which saw some eye-opening answers.

They said: “Tattoo artists of reddit, what is the most f***ed up thing you’ve tattooed?”

The question racked up a huge 40,400 upvotes with a staggering 6,900 comments since it was shared two days ago.

One person commented: “I once tattooed nipples on a guy’s butt cheeks so his bum would look like boobs.”

Meanwhile another added: “A unicorn with a penis for a horn, ejaculating a rainbow. On my ex boyfriend’s a**.”

A third tattoo artist revealed the moment a man came in to get an unusual animal on his penis.

The Reddit user said: “A guy came in recently and wanted cat dog tattooed on his d***, nope.”

An ex-convict revealed a tattoo they once saw of an inmate.

In the thread, they wrote: “In prison I knew a guy with half his name scribbled backwards on his forehead.

“The only explanation I could come up with was he was tattooing himself in the mirror and realised it was coming out backwards.”

Another tattooist shared a design they once did but some users thought it was brilliant.

They wrote: “The one that made me laugh is Wil E. Coyote’s arm poking out of a dudes butt, holding a sign that said ‘help’.”

One person responded to the tattoo artist: “Excuse me, I was under the assumption that this thread was about bad tattoos.”

Another admitted: “This is f***ing incredible.”

House to vote on bill to boost US computer chip production