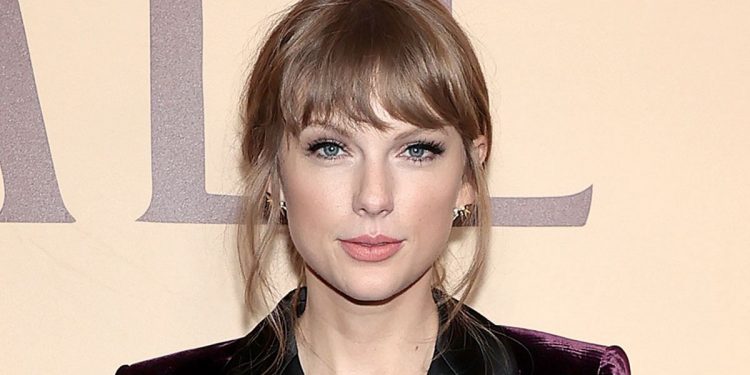 
Taylor Swift didn’t hold back in calling out Blur singer Damon Albarn on his alleged comments regarding her songwriting credentials.

The Shake It Off hitmaker, 32, sensationally told the Blur artist, 53, his “hot take” is “completely false and SO damaging” on Monday night.

But it’s safe to say it is far from the first time Tay Tay has became involved in a war of words with fellow stars since bursting onto the music scene 15 years ago.

Here, we take a look at some of her best clapbacks as she showed she certainly isn’t to be messed with when it comes to her personal life and career.

The Blur star faced the wrath of the American after his interview with Los Angeles Times earlier in the week.

The publication released a teaser tweet for the piece – which Taylor went on to reference – which read: “Albarn also spills his thoughts on some of today’s chart-topping music artists. Billie Eilish? ‘I think she’s exceptional’. Taylor Swift? ‘She doesn’t write her own songs’.”

Just over an hour after the extract was shared on the social media platform, Grammy award-winning artist Taylor set the record straight and shot down the claims.

Dramatically, Damon decided to offer a grovelling apology after Taylor clapped back: “@DamonAlbarn I was such a big fan of yours until I saw this. I write ALL of my own songs. Your hot take is completely false and SO damaging. You don’t have to like my songs but it’s really f**ked up to try and discredit my writing. WOW.”

Damon responded: “I totally agree with you. i had a conversation about songwriting and sadly it was reduced to clickbait.

“I apologise unreservedly and unconditionally. The last thing I would want to do is discredit your songwriting. I hope you understand.”

Reality star Kim Kardashian, 41, and the Bad Blood singer had a very public row in 2016 – and again years later.

It all started after Kim’s now-estranged husband Kanye West, 44, released his controversial single, Famous, which features the now infamous line “I feel like me and Taylor Swift might still have sex/Why? I made that b***h famous”.

The Nashville native furiously released a statement through her agent saying she had never approved the line.

However, the Gold Digger singer was certain he was in the right – which led to Kim leaking a video, recorded illegally, of the conversation between Taylor and Kanye, which seemed to back up his version of events.

She followed it up with a brutal tweet, saying “Wait it’s legit National Snake Day?!?!?They have holidays for everybody, I mean everything these days!” accompanied by a raft of snake emojis.

Not one to back down, Taylor again stuck to her guns and asked to see the video telling her he was going to call her ‘that b***h’ in his song.

“It doesn’t exist because it never happened…He promised to play the song for me, but he never did,” she hit back before labelling it “character assassination”.

Fast forward to 2020 and the pair were still having sporadic shots at each other.

The singer blasted Netflix’s comedy Ginny and Georgia for a “lazy, deeply sexist” joke made about her love life in the series.

Chart-topper Taylor slammed the show as she shared a screengrab from the series which showed a completely black screen except the subtitles, which reading: “What do you care? You go through men faster than Taylor Swift.”

“How about we stop degrading hard working women by defining this horse s**t as FuNnY.”

Referencing her recent documentary with the streaming platform, Taylor added: “Also, @netflix after Miss Americana this outfit doesn’t look cute on you.”

Taylor and Scooter Braun were wrapped up in a big legal drama surrounding the rights to her music after Scooter purchased Big Machine Records in 2019.

The purchase meant that a host of her tunes were owned by the music mogul and she posted an open letter labelling him a bully.

Despite the battle cooling down, Swifties were in their element when they spotted a subtle message to Scooter in her music video for The Man.

Almost a minute into the video, there was a street sign which read “no scooters” and fans immediately assumed it was a dig at her rival.

Do you have a story to sell? Get in touch with us atwebcelebs@trinitymirror.comor call us direct 0207 29 33033.