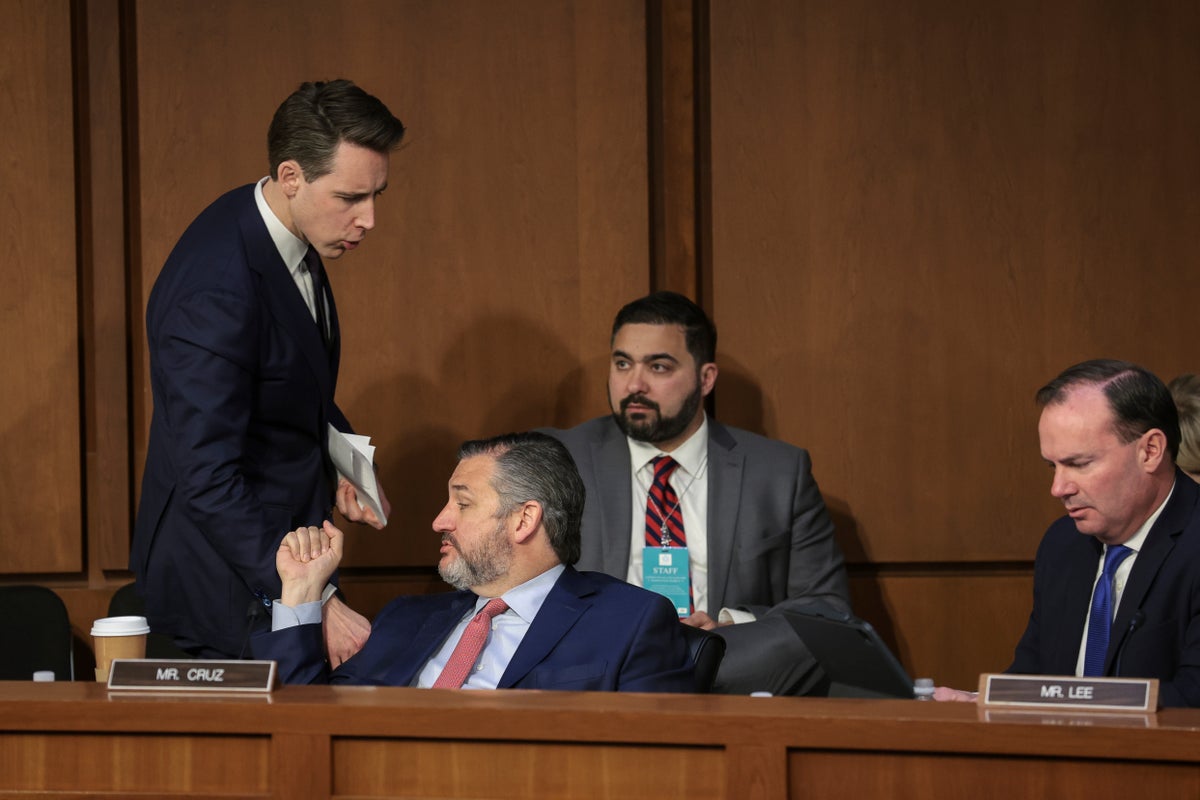 Senators Ted Cruz, Josh Hawley and Rand Paul were among the majority of Republicans who voted against the first piece of gun legislation to pass the Senate in more than two decades, despite the fact that 15 Republicans–including Senate Minority Leader Mitch McConnell–voted to pass it.

The legislation comes a month after a white supremacist allegedly opened fire and killed 10 people and less than a month after a gunman opened fire and killed 19 children and two adults in Robb Elementary School. In the days after the shooting, Mr McConnell charged Mr Cornyn of Texas with negotiating the legislation, with Mr Tillis joining afterward.

Senator Richard Shelby of Alabama was among the Senators who opposed the legislation.

“Well, I’m a second amendment guy. I wish that if we just dealt with mental health and privacy stuff and put it a sunset, maybe a five year plan, but that’s not what happened”, he told The Independent.

Despite the fact his fellow Texan Mr Cornyn was one of the chief negotiators of the legislation, Mr Cruz delivered a long speech expressing his opposition to the legislation.

Along with Mr McConnell and the negotiators, Republican Senators Roy Blunt of Missouri, Richard Burr of North Carolina, Bill Cassidy of Louisiana, Joni Ernst of Iowa, Lindsey Graham of South Carolina, Lisa Murkowski of Alaska, Rob Portman of Ohio, Mitt Romney of Utah, Pat Toomey of Pennsylvania and Todd Young of Indiana all voted for it.

Mr Toomey–who together with Senator Joe Manchin of West Virginia had attempted to pass the last major gun control legislation after the Sandy Hook massacre in 2012 that failed–said he was pleased that this would be part of his legacy as he retires at the end of the year.

“You know, my goal was always to require background checks on commercial sales”, he said. “This doesn’t do exactly what Joe Manchin and I set out to do some time ago, but it does expand background checks to some categories of commercial sales. And I think that’s constructive. It has other elements that I think are constructive and most importantly.”

Ahead of the vote, the National Rifle Association announced its opposition to the legislation.

“This is a gun control bill. That’s why NRA opposes it. End of story”, it tweeted.

The legislation creates an enhanced reviewing process for people younger than 21 who seek to buy a firearm to undergo an enhanced review of their juvenile and mental health records. It also sets up a programme for states to adopt extreme risk protection order laws–also called “red flag laws”–which prevent people who might pose a risk to themselves or others from obtaining a weapon.

Senator Mike Braun of Indiana opposed the legislation and said that Indiana has already passed a red flag law and measures to make schools safer.

“ So I think most of this could have been done by the States probably”, he said. “And we in Indiana, especially had a Red Flag Law for probably 17 or 18 years.”

In addition, people who commit “straw purchases”–where someone who can pass a background check buys a weapon for someone who could not–could either be fined, face up to 15 years in prison or both. That could be raised to 25 years if the weapon is used in an act of terrorism or drug trafficking.

The bill also closes the “boyfriend loophole”–which allowed people who commited domestic abuse against a romantic partner but did not live with, marry or have a child with their partner to obtain a firearm.

House Speaker Nancy Pelosi has already indicated there would move swiftly to pass the legislation.