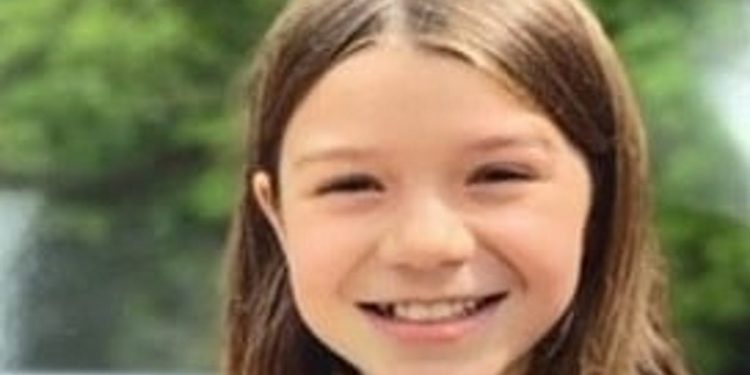 CHIPPEWA FALLS, Wis. — Law enforcement in Wisconsin launched a homicide investigation after discovering the body of a 10-year-old girl near a walking trail Monday.

Police arrested a juvenile suspect who knew Iliana Peters, who went by the name Lily, they announced Tuesday evening.

A 14-year-old boy arrested in connection with the death of Lily appeared by video in court Wednesday, where a judge ordered him held on $1 million bail. The boy was not publicly identified by name and has been identified only by the initials CPB.

During a Tuesday news conference, Chippewa Falls Police Chief Matthew Kelm didn’t provide whether the suspect was related to Lily or where the arrest occurred. He said there was no longer any danger to the public.

“While nothing will bring Lily Peters back or change what happened, we are very grateful to be able to deliver this news for the family and for the community,” Kelm said.

Iliana Peters was reported missing Sunday evening. She was a fourth-grader at Parkview Elementary School in Chippewa Falls. Here is what we know about the situation:

Lily’s father reported her missing 9 p.m. Sunday after the girl did not return home from a visit to her aunt’s house in Chippewa Falls Police Chief Matthew Kelm said.

A bicycle believed to belong to Lily was found late Sunday night in some woods near a walking trail. That area is less than a mile northwest from where Lily’s aunt lives.

Lily Peters’ body was found near a walking trail

Lily’s body was found about 9:15 a.m. Monday in a wooded area near the walking trail, police said.

Police said Lily lived in the 50 block of East Birch Street, which is a quarter-mile west of where her aunt lives.

At a press conference Tuesday, Kelm announced that a juvenile suspect was arrested earlier that evening. He said the suspect was known to Lily.

But he declined to provide any further information, including the suspect’s age or where they were arrested.

Kelm said he no longer believed there was a danger to the public, indicating he believes the suspect acted alone.

Kelm did say that officers executed a search warrant on an address along the same block where Lily’s aunt lives. But Kelm did not say whether that search yielded anything of value.

A 14-year-old boy arrested in connection with the death of Lily appeared by video in a Chippewa Falls courtroom Wednesday, where a judge ordered him held on $1 million bail.

The boy, who wasn’t publicly identified by police prior to the hearing and was identified only by his initials in court, appeared in court at about 1 p.m. where Judge Benjamin Lane set the boy’s bail while agreeing with prosecutors that the nature of the crime presented a threat to the community.

Was an Amber Alert issued?

Police did not issue an Amber Alert after learning Lily was missing. In a news release before her body was found, police said the situation did not meet the criteria for an alert, but did not elaborate further.

According to the Wisconsin Department of Justice, there are three criteria for issuing an Amber Alert: the child must be 17 or younger; the child must be in danger of serious bodily harm or death; and the initiating agency must have a sufficient amount of descriptive information about the child or the suspect.

The police department’s initial news release, before Lily’s body was found, did not state she might be in danger of serious bodily harm.

Where is Chippewa Falls?

Chippewa Falls is located within Chippewa County in northwestern Wisconsin, about 100 miles from Minneapolis. Its population as of the 2020 U.S. Census is 14,700. The city is perhaps best known as the home of the Jacob Leinenkugel Brewing Co.

Avatar 2 finally has a title, and the first trailer will debut with Doctor Strange – The Verge

Avatar 2 finally has a title, and the first trailer will debut with Doctor Strange - The Verge