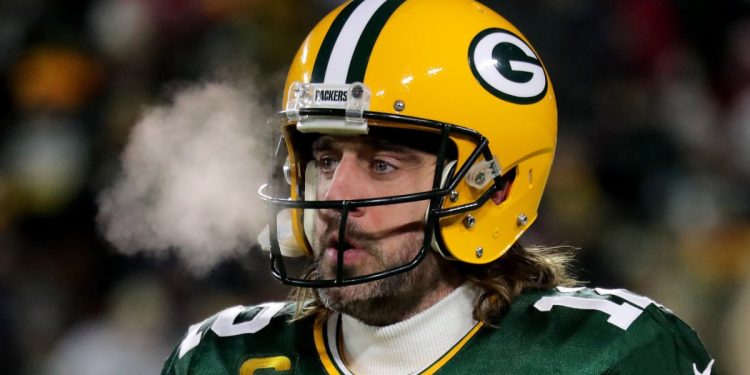 Packers quarterback Aaron Rodgers admitted to the media after his team’s last-second loss to the 49ers that he wasn’t expecting to have to be talking about his future—with or without the franchise—just yet. But one quote from his post-game press conference is getting a great deal of attention on Sunday morning.

Rodgers was asked if he thought it was still possible to win a Super Bowl with the Packers, or whether this past season was his last real shot. He replied, making clear he’s not looking to stick around for a “rebuild” if that’s the direction the team is forced to go in.

Why would the Packers potentially have to do a rebuild after finishing the regular season as the NFC’s top seed? The simple answer is financial constrains.

The Packers are likely to be more than $40 million over the salary cap heading into 2022, meaning the team’s brass could be forced to make a number of cost-saving personnel decisions. As a result, it’s possible such restrictions could lead to less-talented rosters than the ones Rodgers has played with over the past few seasons.

Still, Rodgers wasn’t willing to commit to any kind of decision fresh off the crushing loss.

“It’s tough to say at this point,” he said. “I don’t think it’s fair to anybody or myself to really go down those paths at this point. It’s disappointing. Sad. And fresh. So a lot of conversations in the next week or so, and start to contemplate after that.”

Green Bay’s loss is the latest in a series of playoff short-comings under coach Matt LaFleur. The Packers have lost to the 49ers twice and the Buccaneers once in trying to reach the Super Bowl over the past three seasons.

Rodgers, a first-team All-Pro, finished this past season with 4,115 passing yards and 37 touchdowns with just four interceptions.. What he eventually chooses to do will be one of the NFL offseason’s biggest stories.

For more coverage of the Packers, visit Packer Central