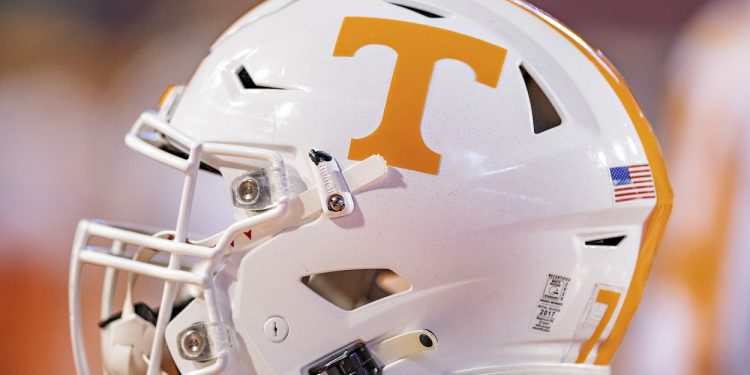 
After securing a winning record in his first season as head coach, Tennessee Volunteers head coach Josh Heupel had to have felt optimistic about what he’s building in Rocky Top. If he was optimistic then, he should be over the moon now because the Vols have secured a commitment from one of the biggest 2023 prospects in college football recruiting: 5-star quarterback Nico Iamaleava.

Iamaleava is the first 5-star quarterback to have chosen Tennessee since James Banks back in 2002.

As the Volunteers look to make it back up the mountain both in the SEC and in college football as a whole, Iamaleava certainly appears to be a huge part of that process.

Nico Iamaleava is a big-time commitment for the Tennessee Volunteers

Iamaleava, who will be playing his senior season at Long Beach Poly in Long Beach, California, has chosen to travel the 2,195 miles halfway across the country to call Knoxville, Tennesee his home in 2023 and beyond.

Coach Heupel and Iamaleava’s primary recruiter, quarterbacks coach Joey Halzle, secured the 5-star’s commitment despite the likes of Alabama, Oregon, and defending national champion Georgia also being in the running.

This is a massive recruiting win for the Vols. There’s no other way to spin it. To put Iamaleava’s commitment in perspective for Tennessee, just look at how he stacks up nationally.

The 247Sports Composite rankings consider him to be the No. 4 quarterback in the nation and the No. 7 recruit overall.

This is a top 10 recruit nationally choosing Tennessee, which hasn’t won the SEC since 1998 (also the year the Vols won the National Championship). Outside of Alabama, Oregon, and Georgia, Iamaleava also had offers from big-time programs such as Auburn, Miami, Notre Dame, and Ohio State.

“Landing Nico makes it cool to be a Vol again,” 247Sports director of recruiting Steve Wiltfong said. “It’s certainly going to move the needle with recruits.”

Iamaleava is the first 5-star recruit to commit to Tennessee since the class of 2019, which featured Wayna Morris (now with Oklahoma) and Darnell Wright.

Manning, in particular, is not just the top-ranked quarterback in the nation, but he’s the consensus No. 1 overall recruit in the class. You may have heard of his uncles: Peyton Manning and Eli Manning. There are a handful of Super Bowl rings between those two. His grandfather, Archie Manning, had an arm on him as well.

Manning will get a ton of the headlines, and he’ll probably steal some from Iamaleava, especially if he also ends up in the SEC. Tennessee’s newest commitment has the raw, explosive skill to capture the heart of the college football nation, though, especially if the Vols can start winning big games with him.

Against high school competition, Iamaleava is a cheat code. He’s 6-foot-5, 195-pounds with some room to bulk up, but it’s his incredible athleticism and live arm that makes him special as a recruit. He has the size that allows him to stand tall in the pocket and scan the field and throws darts, especially in the mid-range game. He makes tight passes up the seams look easy, but his ability to throw on the run makes him a threat to chuck a home-run ball from anywhere on the field.

Speaking of his ability to run, Iamaleava has the “wiggle” of an elite running back. He’s everything college football coaches look for in a modern quarterback. Notably, he’s also considered one of the top volleyball recruits in the nation. Considering his size and athleticism, that’s not a surprise.

While football will certainly be more lucrative for him, his volleyball prowess just highlights how good of an athlete he really is.

When can we expect to see Iamaleava on the field for Tennessee?

Iamaleava undoubtedly has all of Rocky Top hyped right now, but it’s worth remembering that he hasn’t even yet played his senior season in high school. On the one hand, that has to be exciting for Tennessee. Imagine how much better he’ll be with a senior season’s worth of experience.

On the other hand, Tennessee will have to practice some patience. The Vols will also have to work hard to keep his commitment secure. Remember, just because a player has given a verbal commitment that doesn’t necessarily mean that it will stick. He can still be recruited up until the time he signs his Letter of Intent. Heck, with the way the transfer portal works nowadays, with athletes being able to play immediately upon transfer, coaches now have to keep a student-athlete locked in and engaged for the duration of their college careers.

Tennesse’s starting quarterback from 2021, Hendon Hooker, will be back for his final season after throwing for 2,945 yards and 31 touchdowns with just three interceptions last season.

Iamaleava may not be an immediate starter come the 2023 season, but all told, he’s projected to be a major impact player for the Vols.

“I don’t know if he’s going to be a Day 1, immediate impact player, but he’s somebody that probably has the highest career mark and potential when projecting to the next level and beyond when it comes to any quarterback and potentially any prospect in the class”, 247Sports national recruiting analyst Cooper Petagna said.

RELATED: 5-Star Jayden Wayne on Georgia Football and Why Nick Saban Is the GOAT at Alabama