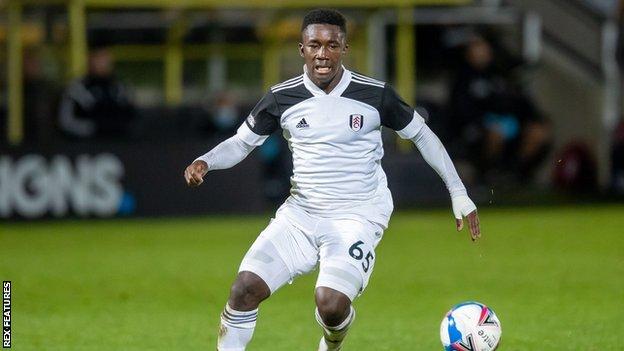 
AFC Wimbledon have signed Fulham striker Terry Ablade on loan until the end of the season.

The 20-year-old has scored 19 goals for the Cottagers in total for the under-18 and under-23 teams.

The Finland Under-21 international moved to Fulham from Finnish side FC Jazz in July 2018.

Wimbledon confirmed he would go straight into the squad for Saturday’s FA Cup third-round tie away to Boreham Wood.

“He’s very quick over 15 to 20 yards, he loves to get in behind people and he’s got a real relentlessness about him,” head coach Mark Robinson told the club’s website.

Find all the latest football transfers on our dedicated page.

Apple at $3tn: the enigma of Tim Cook