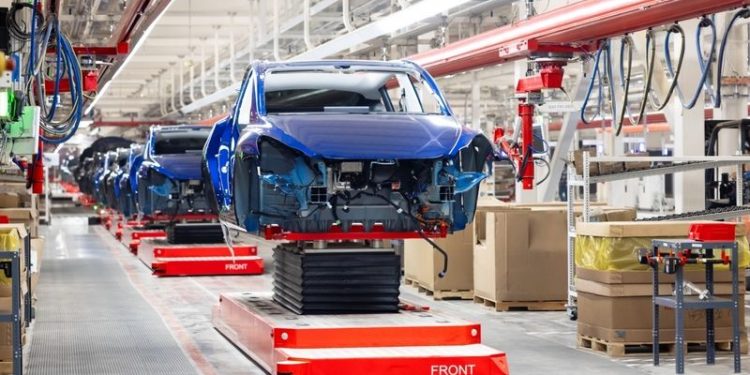 
Tesla doesn’t typically break out U.S. sales as part of its quarterly earnings report, but data from Cox Automotive suggests the EV leader snatched the luxury sales crown from BMW last year, regardless of fuel type.

Tesla, which reported global vehicle sales this month and fourth-quarter results on Wednesday, garnered 72 percent of the U.S. EV market in 2021, down from nearly 80 percent in 2020, Cox said in a report Tuesday on EV and electrified vehicle sales.

EVs are defined as vehicles powered exclusively by batteries, whereas electrified vehicles include hybrids and plug-in hybrids, which are primarily powered by internal combustion engines.

Relatively new models to the EV market such as the Volkswagen ID4, Porsche Taycan and Ford Mustang Mach-E took a small share from Tesla, in addition to gains by established models such as the Chevrolet Bolt, Hyundai Kona electric and Nissan Leaf, Cox said.

BMW brand sales last year were 336,644 and Lexus came in at 304,476 deliveries, according to Cox and manufacturer data. Mercedes struggled with semiconductor chip supplies and sold 276,102 luxury vehicles in the U.S. last year, according to the automaker.