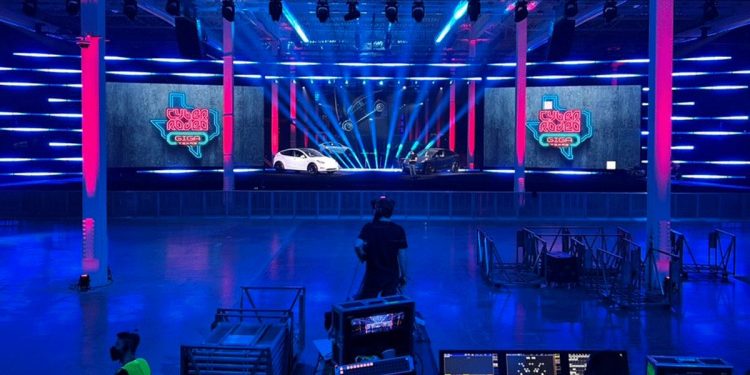 
Thousands of Tesla fans poured into the automaker’s new Austin, Texas, plant for its official opening, heralding a $1.1 billion facility that will vastly expand electric vehicle production and serve as a launching pad for future products like the highly anticipated Cybertruck pickup.

Tesla CEO Elon Musk, who was scheduled to speak late Thursday before 15,000 invitees at the Cyber Rodeo event, is expected to offer details on new versions of the Model Y compact crossover that will be built in Austin using a new battery pack to improve range and bring down costs.

Musk said on Twitter last month that “scaling to extreme size” is part of the company’s updated “master plan.”

The Tesla CEO inaugurated another new factory in Berlin last month and said there could be future plant announcements by the end of the year.

At the Austin event, prototypes for the Cybertruck and Semi cargo truck were on display, but it was unclear whether Musk would offer an updated timeline for production or new product details.

He said in January that he expected the Texas plant to make the Cybertruck sometime in 2023, about two years behind his original schedule.

On social media, Tesla fans streamed video from the Giga Texas plant, touring significant parts of the interior. Outside, a group of Tesla Model Y vehicles in red, white and blue were arranged to look like the Texas state flag. Some visitors sported cowboy-themed attire and there was a mechanical bull on display.

Musk was scheduled to speak at 9 p.m. Central Time.

“While it’s unlikely that Musk will reveal updates to the business or the product, the impact from bringing these production lines online is significant,” Gene Munster, managing partner at Loup Ventures, said in a research note.

Munster, who is bullish on Tesla’s business plan and stock price, said Musk could offer some product news to the eager crowd.

“The announcements are rumored to be about Cybertruck and Semi tweaks, which leaves room for investors to be surprised given that the announcement bar is low.”

Even with the new plant focusing on Tesla’s best-selling Model Y crossover, the company’s global annual production is expected to rise from about 1 million vehicles last year to about 2 million in 2023, according to analysts. Tesla now has four vehicle assembly plants with the addition of Austin and Berlin to Fremont, Calif., and Shanghai, China.