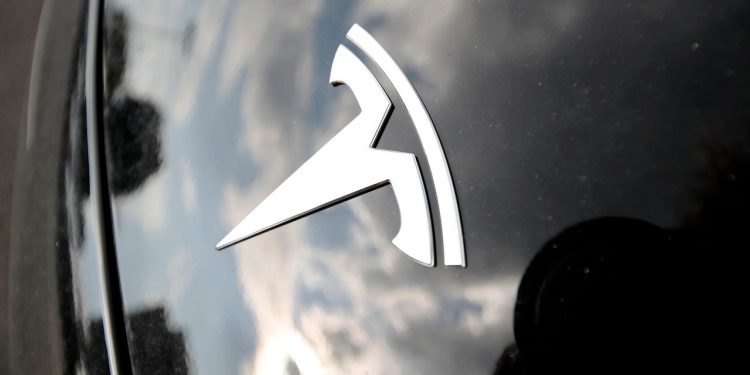 
Tesla Inc. late Wednesday reported quarterly profit and sales well above Wall Street expectations, but spooked investors by saying its factories have been running below capacity for several months due to to supply-chain snags likely to continue through the year.

said it earned $2.3 billion, or $2.05 a share, in the fourth quarter, compared with 24 cents a share in the year-ago period. Adjusted for one-time items, the company earned $2.54 a share in the quarter.

Wall Street analysts surveyed by FactSet expected the electric-car maker to report adjusted earnings of $2.36 a share on sales of $17.1 billion in the quarter.

“The chip shortage, while better than last year, is still an issue,” Chief Executive Elon Musk said in a call with analysts following the results.

Tesla stock fell nearly 1% in up-and-down after-hours trading, after Musk assured investors that despite the “multiple supply-chain challenges” he expects “significant growth” for Tesla in 2022, and “comfortably” above 50% from 2021.

Musk, who returned to a post-results call after skipping the third-quarter earnings webcast in October, also offered a new timeline for a driverless Tesla, which, combined with the long-promised “robotaxi” fleet, would open a new revenue stream for the company in the future.

The CEO said that his “personal guess” was that Tesla’s “full self-driving” capabilities would be available at the end of the year.

A fleet of “robotaxis,” essentially becoming self-driving via software updates, would be “the biggest increase in asset value of any asset class in history,” Musk said. “Everything pales in comparison to value of robotaxis and self-driving.”

Musk also revealed that the company will be looking for new factory locations in 2022, with an announcement possible by the end of the year. It will not launch any new vehicles in the near term, however, so it can focus on the current lineup and the vehicles already in the works.

Those include the Cybertruck, and Musk said Tesla is still working through the new technology it aims to add to the electric pickup truck. It is also walking a fine line between loading the Cybertruck with that latest tech and keeping the price relatively affordable, he said.

“I worry more about how to make the Cybertruck affordable despite the awesome technology,” Musk said. The long-awaited truck would come several months behind electric pickups from legacy and startup auto makers.

In a letter to investors accompanying results, Tesla said that its factories “have been running below capacity for several quarters as supply chain became the main limiting factor, which is likely to continue through 2022.”

While some may view the comments about the ongoing supply-chain constraints and below-capacity factories as “a modest disappointment,” Tesla “has become masterful at underpromising and overdelivering and has now beat in nine of the past 10 quarters,” CFRA analyst Garrett Nelson said.

Total debt excluding vehicle and energy-product financing fell to $1.4 billion at the end of the year, it said in the letter.

The company said it started building Model Ys in late 2021 at its factory in Austin, Texas, and plans to start deliveries of the compact SUV after final certifications. The Fremont factory in the San Francisco Bay Area reached “record production” last year, and could expand its capacity beyond 600,000 vehicles a year, Tesla said.

The goal is to maximize output from Fremont while Austin and the Berlin, Germany, plant are ramping up. The Berlin factory is still awaiting manufacturing permits from local authorities, Tesla said. The Shanghai plant “continues to be our main export hub,” it said.

Officially “cutting the red ribbon on Austin and Berlin over the coming months will be key,” Wedbush analyst Dan Ives said in a note. By the end of 2022, Tesla likely will have the capacity for about 2 million vehicles a year, from roughly 1 million now, he said.

Tesla surprised Wall Street earlier this month with record fourth-quarter sales, which surged nearly 90% from the same period in 2020. The stock has gained about 6% in the past 12 months, compared with gains of around 13% for the S&P 500 index
SPX,
.

Kobe Bryant tributes: Stars reflect on the loss of the basketball great two years after he died

Kobe Bryant tributes: Stars reflect on the loss of the basketball great two years after he died