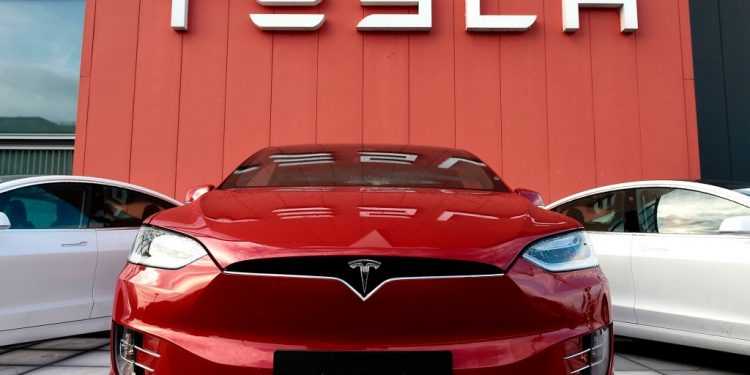 The stock fell 2.7% in after-hours trading.

Revenue rose to $17.72 billion in the fourth quarter, from $10.74 billion a year earlier. Analysts had expected the electric-vehicle maker to report revenue of $16.57 billion, according to IBES data from Refinitiv.

The world’s most valuable automaker last quarter handed over a record number of vehicles to customers despite supply chain headwinds.

“Our own factories have been running below capacity for several quarters as supply chain became the main limiting factor, which is likely to continue through 2022,” Tesla said in a statement.

Tesla said on Wednesday that its new factory in Austin, Texas, started production of its Model Y late last year, saying it plans to start deliveries to customers after final certification, without elaborating on the timeframe.

It said it aims to maximize output from its California factory beyond 600,000 vehicles per year.

Tesla faces challenges of scaling up production at two new factories this year with technology changes as well as battery and other supply chain constraints clouding the outlook.

It faces rising competition from rivals who are set to launch an array of electric cars, from more affordable models to electric pickups.