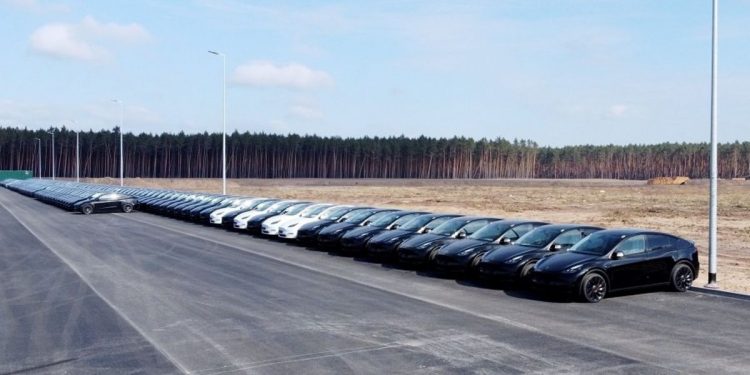 
Musk arrived in Berlin on Monday for the event, tweeting: “Excited to hand over the first production cars made by Giga Berlin-Brandenburg tomorrow!”

New orders from the plant could be delivered from April, Tesla said.

The opening comes as Musk has flagged his Master Plan Part 3 for Tesla, which he said will map out scaling Tesla to “extreme size.”

The delay in licensing the plant meant Tesla had to service earlier European orders from its Shanghai factory, driving up logistics costs. “Makes a huge difference to capital efficiency to localize production within a continent,” Musk tweeted.

At full capacity, it will produce 500,000 cars annually, more than the 450,000 battery-electric vehicles that main rival Volkswagen Group sold globally in 2021. It will generate 50 gigawatt hours (GWh) of battery power, surpassing all other plants in the country.

The Three Most Upgraded Stocks In Q1 2022