Teslas Biggest Problem Is Not Going Away – TheStreet 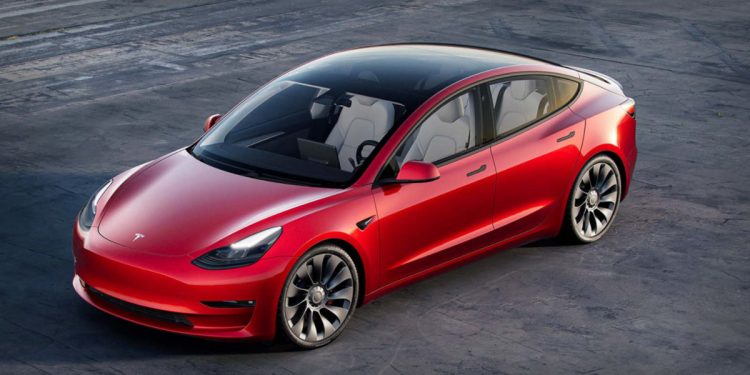 Elon Musk managed to make Tesla  (TSLA) – Get Tesla Inc Report the benchmark in the automotive sector that the company completely disrupted.

Three years after getting close to bankruptcy, the automobile group is in sparkling health.

Tesla has just revealed first-quarter results that have thwarted even the most optimistic forecasts.

Tesla’s quarterly revenue jumped 81% to $18.76 billion from a year earlier. One of the striking points is also the operating margin of the automotive activities, once government credits are excluded. This operating margin came at 30%, up over three months.

The price increases carried out by the group of the charismatic Elon Musk have in fact not affected demand at all. We can safely conclude that Tesla does not have a demand problem.

Musk and Tesla have a problem, however, and it’s not ready to be solved. The aim is to produce enough vehicles to satisfy the high demand.

To begin with, the billionaire opened Tesla’s first European factory near Berlin in March. The billionaire then inaugurated the new Tesla factory on April 7 in Austin, Texas. These two factories are supposed to allow Tesla to produce 1.5 million vehicles in 2022, according to Musk. The carmaker produced 930,422 cars in 2021.

In all, Tesla currently has four vehicle manufacturing sites – Fremont in California, Shanghai in China, Berlin in Germany and Austin. Normally, this should logically allow him to mass produce and meet demand. This will not be the case, Tesla has just repeated.

The reason is the disruption caused to the supply chain by the Covid-19 pandemic, the chip shortage, to which has been added the soaring prices of raw materials such as nickel, aluminum or even palladium.

The three elements help make catalytic converters, air conditioner condensers and other essential car parts. Nickel is used to make stainless steel and the batteries, which are the heart of an EV because they determine a car’s range and play a key role in the performance and the security of the vehicle as well.

‘Running Below Capacity for Several Quarters’

This spike in raw materials prices was exacerbated by the Russian invasion of Ukraine. Russia is a major exporter of nickel. Automakers might be able to obtain nickel from Indonesia, but its nickel is more difficult to use for electric car batteries, industry sources say.

“We plan to grow our manufacturing capacity as quickly as possible,” Tesla said in a press release. “Over a multi-year horizon, we expect to achieve 50% average annual growth in vehicle deliveries.”

But the company added that: “the rate of growth will depend on our equipment capacity, operational efficiency and the capacity and stability of the supply chain.”

And It warned: “Our own factories have been running below capacity for several quarters as supply chain became the main limiting factor, which is likely to continue through the rest of 2022.”

Basically, problems affecting the supply chain are not going away anytime soon.

Tesla had to close its Shanghai factory for three weeks, starting March 28, to comply with the lockdown implemented by local authorities in the face of the resurgence of the Covid-19 pandemic. This factory just reopened on April 19, but the losses in terms of production are substantial since Tesla manufactures 2,100 vehicles there per day on average.

“We’ve lost about a month of build volume out of our factory in Shanghai due to Covid related shutdowns,” Zachary Kirkhorn, chief financial officer, told analysts during the firs quarter earnings’ call. “Production is resuming at limited levels and we’re working to get back to full production as quickly as possible. This will impact total build and delivery volume in Q2.”

” I think we actually have a reasonable shot at a 60% increase over last year,” Musk said during the same call. “Most likely, production in Q2 will be similar to Q1 maybe slightly lower. But it’s also possible we may pull a rabbit out of their hat and be slightly higher but it’d be cool roughly on par.”

“But then then Q3 and Q4 be substantially higher. So it seems likely that we will be able to produce over one and a half million cars this year. That’s my that’s my best guess.”