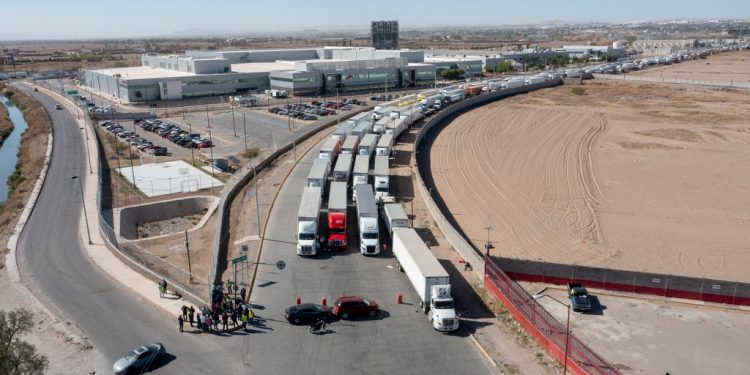 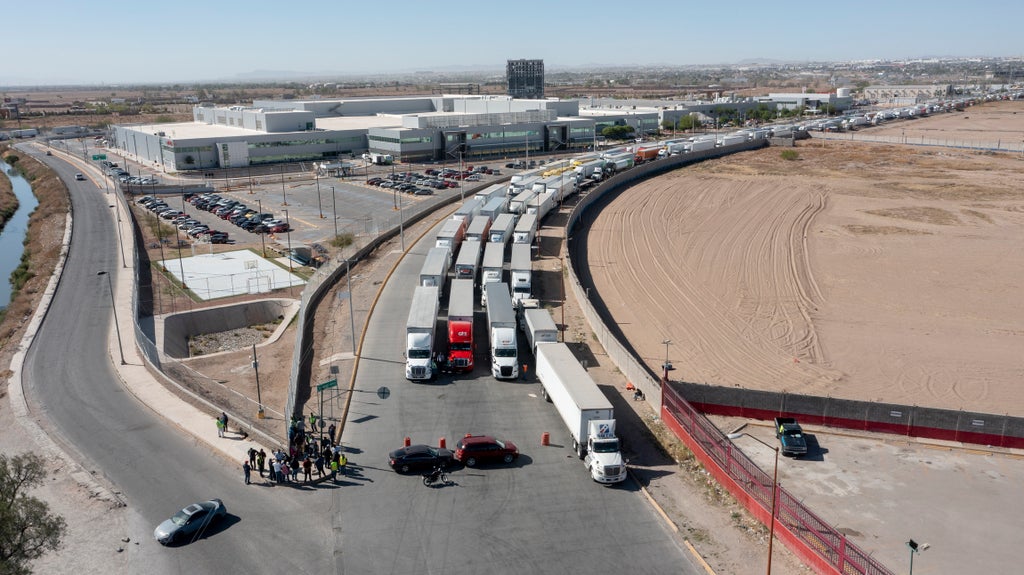 The White House is signalling a measure of appreciation towards Texas governor Greg Abbott after he ended the unnecessary commercial vehicle inspections that caused a significant portion of US-Mexico cross-border trade to grind to a standstill earlier this week.

In a statement to The Independenta White House spokesperson said: “We appreciate him backing down in response to the economic harm he was causing to U.S. businesses and consumers.

“Even in the face of a global pandemic and Putin’s war in Ukraine, Americans are getting back to work and able to support themselves and their families with good-paying jobs. Elected officials should build on this recovery, not thwart it by causing additional problems,” the spokesperson said.

Mr Abbott, who has built a political brand on stymying the Biden administration’s efforts to roll back Donald Trump’s border policies, imposed the inspections by Texas state police officers last week after the Centers for Disease Control announced an end to the use of Title 42, a public health law which had allowed Border Patrol agents to expel South and Central American migrants without asylum proceedings due to the Covid-19 pandemic.

Though inspection of trucks entering the US for contraband and unauthorised passengers is the responsibility of US Customs and Border Protection and Mr Abbott has no authority to enforce federal immigration law, Mr Abbott nonetheless ordered state troopers to check all commercial vehicles for narcotics and illegal migrants.

The Texas Republican ended the inspections, which had left commercial vehicles carrying perishable cargo and important consumer goods backed up for days, after extracting agreements from governors of two Mexican states to step up security on the Mexican side of the border.

Though Mr Abbott has no authority to conduct foreign relations because the US constitution places that power in the hands of President Joe Biden, Texas Attorney General Ken Paxton hailed him for having figured out how to “stop trade along the border” and “create pressure on Mexico” during a Friday interview with Fox News personality and 2020 election conspiracy theorist Maria Bartiromo.

The White House told The Independent it “agree[s]” that Mr Abbott’s “unnecessary inspections have disrupted American manufacturing and drove up the cost of groceries and everyday items that Americans need” and noted that Texas’ Agriculture Commissioner, as well as “business leaders and conservatives across America” had taken notice of the “disastrous effects Abbott’s political stunt has caused” and had “asked him to reverse his decision” as a result.