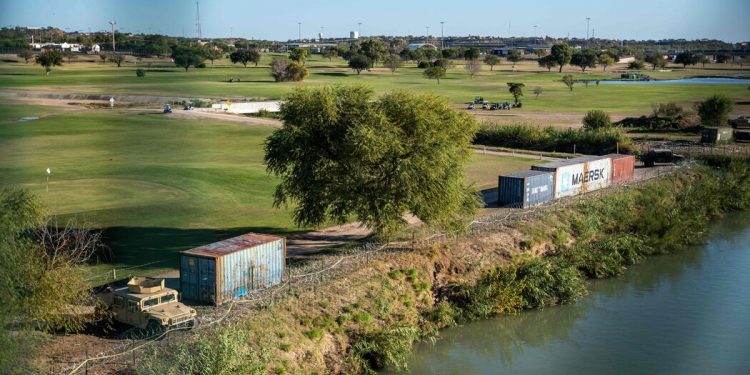 The identity of the National Guard member who went missing on Friday near the Rio Grande has been released by the Texas Military Department. The guardsman, Specialist Bishop E. Evans, 22, is feared to have drowned, though the authorities are still searching for him.

Specialist Evans is believed to have gone missing “following his selfless efforts to rescue two migrants who appeared to be drowning while crossing the river from Mexico into the U.S.,” the department said in a statement on Sunday.

Specialist Evans is a field artilleryman from Arlington, Texas, who was part of a regiment in New Braunfels, the department said. His career includes service in Kuwait and in Iraq, where he supported Special Operations Forces for a time. He joined the National Guard three years ago, according to the statement.

Officials said that Specialist Evans had been near the Rio Grande as part of a mission, Operation Lone Star, that was ordered by Gov. Greg Abbott with the aim of reducing illegal border crossings. The Texas Military Department said on Saturday that the two migrants Specialist Evans was trying to rescue were drug traffickers and had survived. They were being held in custody by the U.S. Border Patrol, the department said.

The authorities began an exhaustive search for the guardsman on Friday morning, the department said. Over the weekend, the multiday search was halted when the river’s current made it impossible for dive teams to enter the river. By Sunday morning, the search had resumed. The Texas Rangers are leading the effort, working with several other state agencies.

The Rio Grande is considered by experts to be a treacherous river to cross. Maverick County, where Mr. Evans had been serving, has recently seen about two drownings per week, according to Sheriff Tom Schmerber of Maverick County, who is also a former U.S. Border Patrol officer.

The incident involving Specialist Evans comes amid a brewing political debate between Mr. Abbott and President Biden over immigration policy. Most recently, Mr. Abbott has criticized the White House after it announced that next month it would repeal Title 42, a pandemic-era immigration policy that allowed migrants to be turned away at the border.

Federal officials have been preparing for an influx of as many as 18,000 migrants a day after Title 42 ends. On Friday, the attorney general of Texas, Ken Paxton, sued the Biden administration over its decision to end the Title 42 process, seeking an emergency order to keep the policy in place.