Texas Toyota dealership finds a source for trade-ins close by: The service lane 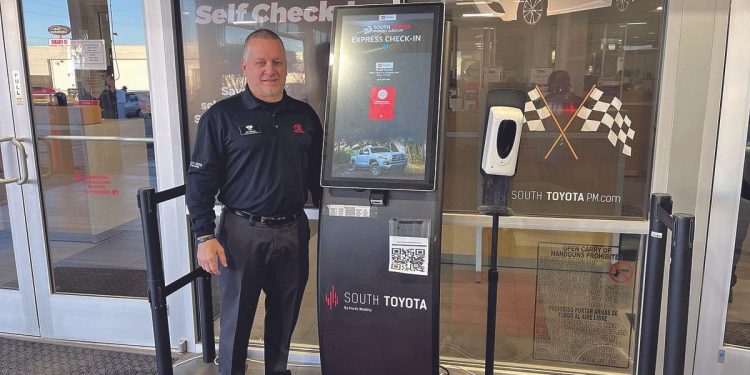 
Ken Mauldin, fixed ops director at Purdy Auto Group, is a data miner. He’s constantly scanning reports from the service and parts departments of his group’s three Texas Toyota stores. He looks for the missed opportunities that sometimes show up in rows of numbers.

“I get reports emailed to me every night, pretty much everything that goes on in the stores. I dive into the reports, and I watch for trends,” Mauldin told Automotive News. “I manage my trends. If I see something trending off in the wrong direction, at that point I am making a phone call to the right people and saying, ‘Hey, let’s sit down and talk about this. Let’s figure out what happened.’ ”

Early in 2020, Mauldin was looking at how service customers were using the GoMoto kiosk in the service drive at the company’s South Toyota store in Dallas. Most customers, he noticed, were skipping a question that asked whether they wanted to know what their cars were worth as they checked in their vehicles for tires, oil changes, alignments and other fixes.

Mauldin convened a brainstorming session with his service advisers to see whether they could think of a way to get customers to answer that question. He thought there might be a chance to increase the number of trade-ins acquired through the service department, a move that could have a big impact on the store’s profitability.

Dealers can save a lot of money when they take trade-ins at the store. In-store trades avoid bidding wars at auctions, eliminate auction fees and negate transport costs. And used cars taken in at the dealership get to the front line much quicker, Mauldin says.