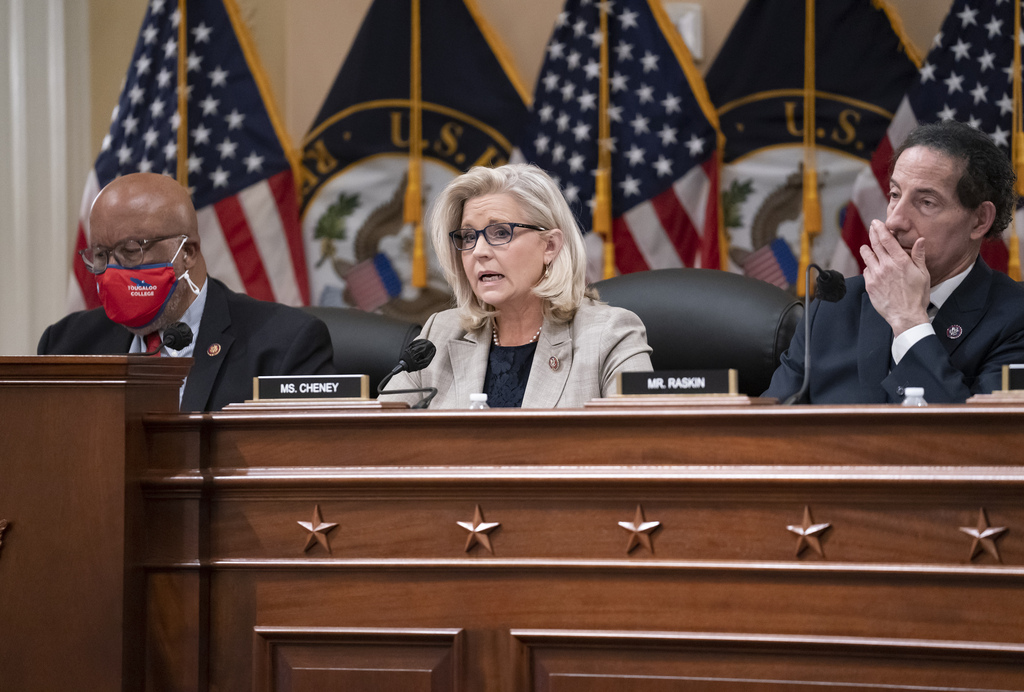 By Zachary B. Wolf | CNN

Donald Trump Jr. was frantic. Fox News personalities who now dismiss the violence at the US Capitol were begging the White House to do something. On January 6, then-President Donald Trump wasn’t listening to his kids or his media enablers.

Rep. Liz Cheney, the vice chair of the House select committee investigating January 6, read the text aloud Monday night as the committee gathered to advance contempt of Congress charges against Meadows. It was one of a string of messages the former North Carolina congressman received from Trump Jr. and many others who now downplay the severity of the insurrection. But on that day, they were privately crying out for an Oval Office statement or anything by Trump to call off the rioters. Still, the then-President did nothing while the sacking of the Capitol carried on.

By revealing these messages, the House panel pierced the fog of amnesia that has allowed conservative pundits and many Republicans to forget how serious the Capitol insurrection felt in real time, while also dealing a blow to Meadows’ claims that he should not have to testify before the committee.

Trump may have been the big voice perpetuating the lie about the 2020 presidential election, but what’s clear from Monday’s proceeding and from other reports dripping out of the investigation is that so many people were involved in his circle, which is only becoming more apparent and important as the investigation drags on.

After months of behind-the-scenes investigation, committee members publicly laid out their extraordinary case that Meadows was an accessory to the insurrection and started the process of trying to make him talk.

“We cannot be satisfied with incomplete answers or half truths,” said Cheney, after reading from the text messages. “And we cannot surrender to President Trump’s efforts to hide what happened.” The Wyoming lawmaker is one of just two Republicans serving on the panel.

At the made-for-TV special hearing, convened during primetime, the committee voted to hold Meadows in contempt of Congress. The full House could weigh in on Tuesday, when members vote on whether to pursue contempt charges against someone many of them served with in Congress.

The Justice Department could pursue a criminal case against Meadows, like it is against Steve Bannon, who was involved in a command center at the nearby Willard Hotel where Trump backers reportedly plotted the effort to overturn the election and prepped for the January 6 rally.

Meadows, unlike Bannon, was at the White House with Trump, fielding messages from Fox personalities like Laura Ingraham and Brian Kilmeade and members of Congress who went unnamed by the committee Monday night.

He could give the committee first-hand knowledge about why the then-President ignored his family and Sean Hannity, who asked, “Can he make a statement? Ask people to leave the Capitol?”, and let the riot carry on for hours.

One of the unnamed lawmakers apologized the day after the Capitol riot for failing to stop the counting of electoral votes in key states Trump lost.

“We tried everything we could in our objection to the six states,” they told Meadows, according to a message read by Rep. Adam Schiff, a California Democrat on the committee. “I am sorry nothing worked.”

Another lawmaker texted Meadows before January 6 insisting then-Vice President Mike Pence reject electoral votes, repeating back to the White House the proposal that was reportedly put forward in a much-discussed 38-page power point presentation that was seen as a recipe for a coup.

“On January 6, 2021, Vice President Mike Pence, as President of the Senate, should call out all electoral votes that he believes are unconstitutional as no electoral votes at all,” the lawmaker told Meadows, according to the committee.

Meadows had reversed course in recent weeks and stopped cooperating with the committee, but not before handing over the text messages and communications committee members used against him Monday.

He has also published a memoir that describes being with Trump at the White House during the riot down the street at the Capitol.

Even if there are communications that would be protected by executive privilege, as Meadows contends, Schiff said these things he’s already offered up to the committee or written about to sell his book can’t be them.

What’s not clear is where things go next. The committee will seek to create a definitive record of the insurrection, including the original reaction of some Republicans who have tried to move and the Fox News hosts unmasked by their text messages. But while the hearing Monday was meant to make a public case, the Fox-viewing public is not likely to hear much about it.

Democrats could lose control of the House next November, which means the committee has one year to complete its work. Meadows could well ride out the clock. Bannon’s contempt of Congress trial, for example, is not happening until July.

President Joe Biden has also shown an interest in trying to move on from the ills of the previous administration and build a legacy of new government programs rather than simply being the man protecting the country from Trump, who appears to be gearing up for a 2024 comeback.

That’s a messaging quandary the rest of Biden’s party is grappling with heading into 2022. Democrats seem unable to figure out how to motivate voters around threats to democracy in elections that don’t feature Trump’s name on the ballot.

“We have to be Paul Revere every chance we get to let people know what is at risk and why it is at risk. We live it. Every time we eat breakfast we think about these things. I don’t think you can be overly concerned about this,” Washington state Gov. Jay Inslee told CNN’s Edward-Isaac Dovere at a gathering of the Democratic Governors Association over the weekend.

But Inslee also seemed to acknowledged voters might not understand how close the US came to the end of its democracy were it not for Pence rejecting the effort.

“The American psyche has not recognized we were one vice president away from a coup,” he said.

Tragedy and heartbreak behind Walk The Line's Ella's incredible success