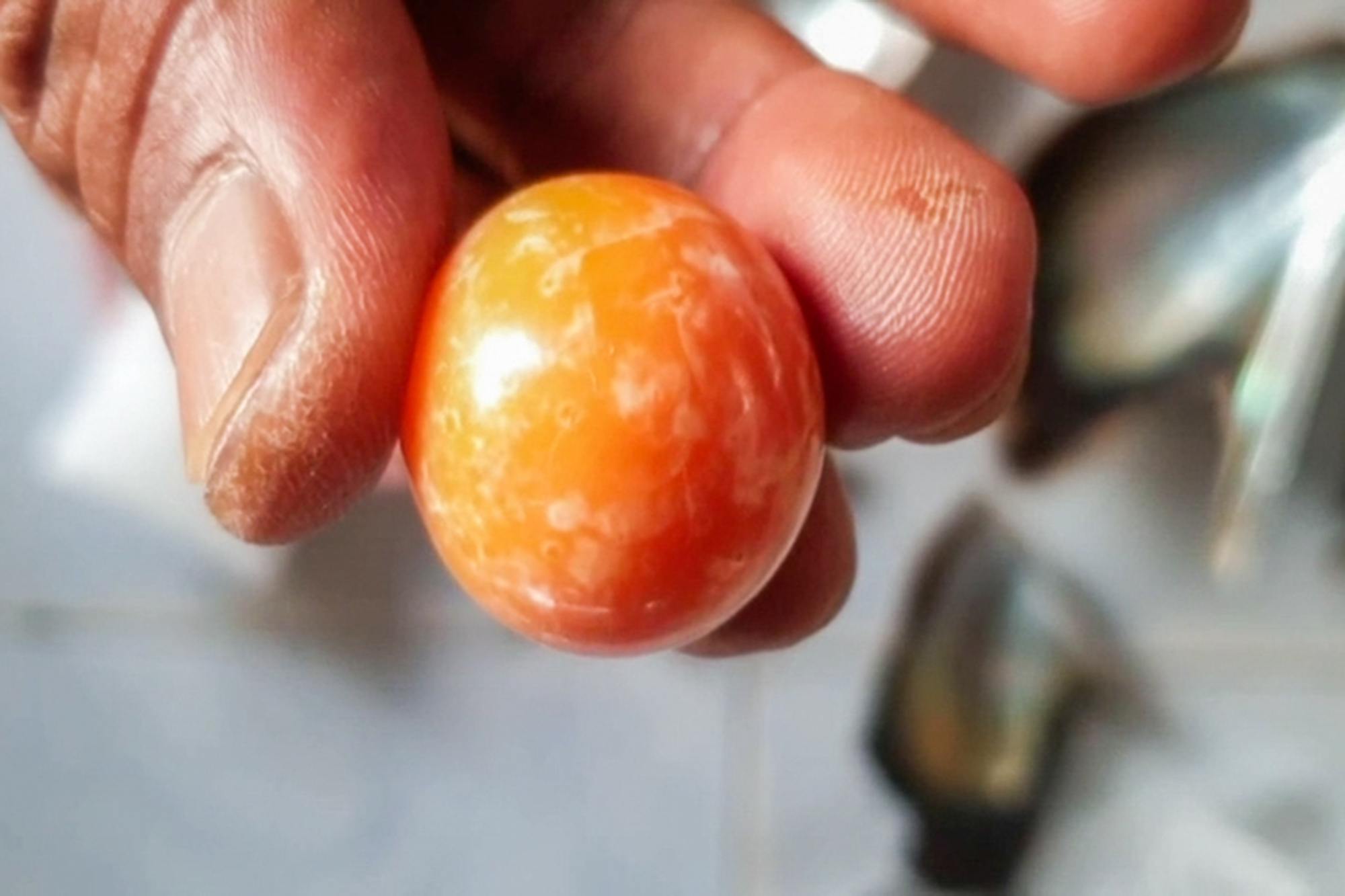 It’s rare enough to find a pearl in a shell, so to happen upon an extraordinary orange pearl — worth more than $330,000 — was like winning the lottery for one Thai fisherman.

Brothers Hatchai Niyomdecha, 37, and Worachat Niyomdecha, 35, were walking the shore of Nakhon Si Thammarat in the Gulf of Thailand on Jan. 27. when they spotted an abandoned buoy, dotted with shellfish, according to Viral Press.

The siblings plucked three snails from the apparatus with plans to have them for a snack. But what their father Bangmad Niyomdecha, 60, found while cleaning the shells was worth much more than fresh escargot.

The tangerine-hued pearl, which is about the width of a dime and weighs 7.68 grams, was found in the Melo melo sea snail, as opposed to typical oyster pearls. These exceedingly rare pearls, formed in a gastropod native to Asian waters, can be found in shades from tan or brown to the more coveted orange color, and take many more years to form than standard pearls.

Hatchai, whose family hails from an impoverished fishing community, believes it may have been destiny that led him to the treasure.

“An old man in white with a long mustache told me to come to the beach so I can receive a gift. I think he led me to finding the pearl,” he said of a dream he had just days before the discovery.

“I want to sell the pearl for the highest price,” he told Viral Press. “The money won’t just change my life, it will change my destiny. My whole family will have better lives.”

He was since approached by at least three buyers, two of whom low-balled the pearl’s value.

The family, including wife Worachat Niyomdecha, 35, and their two sons, is negotiating with a buyer from China who is allegedly offering $10 million Baht (about $332,000) following a live appraisal, scheduled for later this month.

Overlooked in Biden’s COVID-19 proposal: A push to cut child poverty in half