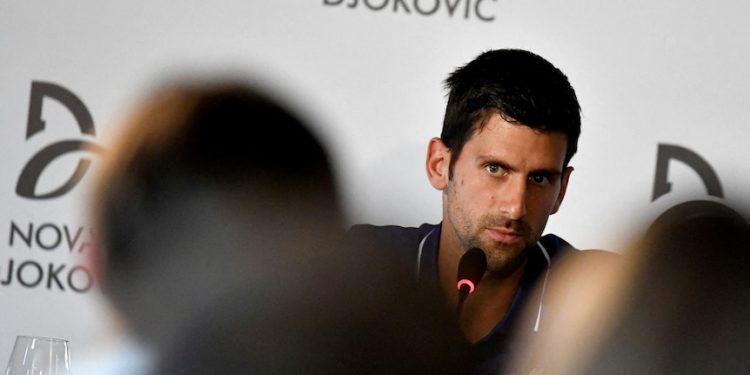 
Australian Thanasi Kokkinakis looms as a dangerous floater at the upcoming Australian Open after proving his giant-killing abilities yet again with a thrilling three-sets victory over John Isner.

The win sets up a quarter-final showdown against fellow Australian Aleksandar Vukic, who beat world number 84 American Steve Johnson 6-4, 7-5 earlier in the day.

Kokkinakis — who beat 20-time major winner Roger Federer in 2018 but has battled a raft of injuries throughout his career — has enjoyed an ideal lead-in to next week’s Australian Open.

He beat world number 38 Frances Tiafoe last week on the way to reaching the semi-finals of the Adelaide International 1, and his triumph over world number 24 John Isner was further evidence of the damage he could cause at the year-opening grand slam.

Neither Isner nor Kokkinakis were broken for the entire match, but the Australian at least mustered five break-point chances — all in the opening set.

Isner didn’t secure a single break-point opportunity in the match, but his booming serve was enough to save him time and again.

The 208cm American took the opening set in a tiebreaker and was just three points away from winning the match after setting up a 4-2 lead in the second set tiebreak.

However, Kokkinakis reeled off five of the next six points to take the tie into a decider before holding his nerve in the third-set tiebreak to seal the impressive win.

Isner struck 25 aces to Kokkinakis’s 15, but he also committed 31 unforced errors for the match.

Kokkinakis committed just 14 unforced errors to go with his 47 winners.

More than just Djokovic’s visa, it is Australian sport being judged

A judge handed Djokovic a reprieve, but now outsiders are looking in, questioning whether Judge Kelly’s Australia — like democracies everywhere — is on the slide.

“Playing him is not fun,” Kokkinakis said during his on-court interview after the match.

“I have a few frustrating things in life, but that one is up there for sure. You feel like you’re walking from side to side [with how well he serves].

“It ends up being about how do I distract him without being an idiot.

“I was trying to stand on the fence, stand close, I don’t know. That’s why he’s been so good for so long.

“I just had to hope he missed a first serve, or if he made one somehow jag a return.”

On paper, the superstars of world tennis wouldn’t be too nervous taking on a player ranked 145th in the world.

But that won’t be the case when they face Kokkinakis, who has earned a wildcard for the Australian Open.

Back in 2015, tennis great John Newcombe said Kokkinakis had the talent to be a top 20, top 10 or even a top-five player in the world.

Shoulder, pectoral, groin, knee and elbow injuries have cruelled Kokkinakis’s hopes of reaching his potential since then, but a clean bill of health could finally allow him to fulfil his tennis destiny.

You Should Waffle Some Falafel Mix