‘That was my beloved son’: family of Patrick Lyoya say police killed their son in an ‘execution’ – The Guardian 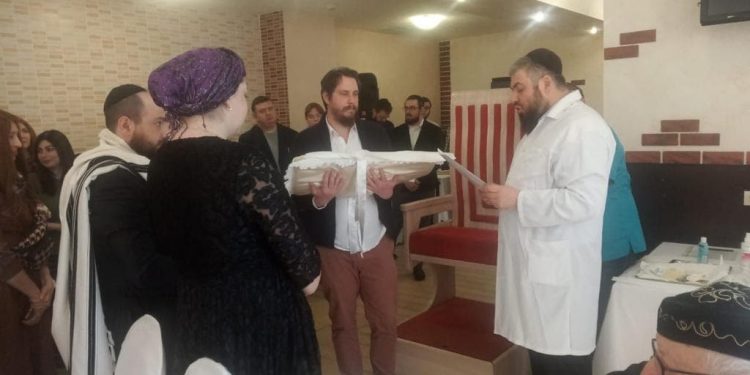 The grief-stricken parents of the Black man shot in the back of the head by a white Michigan police officer have described their son’s death as an “execution”.

Patrick Lyoya, a 26-year-old Congolese refugee, was killed after a traffic stop in Grand Rapids on 4 April.

“I didn’t believe that … there’s a genocide in this country,” said his father, Peter Lyoya, on Thursday through an interpreter. “I didn’t know that here in America, there can be execution-style … to be killed by the police officer.”

The Lyoya family came to the US fleeing violence in the Democratic Republic of Congo in 2014. Patrick, a factory worker, was the eldest of six children and had two young daughters.

Video footage released by the Grand Rapids police chief on Wednesday shows a short foot chase on a residential street after Lyoya ran from the officer who stopped him for driving with a license plate that didn’t belong to the vehicle. They are shown briefly struggling over the officer’s Taser, before he apparently shoots Lyoya in the back of the head while kneeling on his back.

“[It] made me cry to see my son killed by a police officer for a small mistake,” said Peter Lyoya. “My heart was really broken … My life was Patrick, my son. I was thinking Patrick will take my place. And to see that my son was killed like an animal by this police officer.”

Lawyers for the family said the officer should be prosecuted, fired and named. Patrick’s brothers and sisters want to know who killed him and would like to see his picture so they can know “this is the person that took our beloved one”, Peter said.

The officer has been placed on paid leave with his police powers suspended while Michigan state police conduct a criminal investigation. Police bosses have said he will not be identified publicly unless there are criminal charges.

A rally will take place in Grand Rapids on Friday as protests supporting the family’s call for justice have grown since the video footage was released. But prosecutor Chris Becker, who will decide whether any charges are brought against the seven-year-veteran officer and had objected to the footage being released, said not to expect a quick decision.

Grand Rapids is a small city of about 200,000 people located about 150 miles (240 kilometres) northwest of Detroit, where like many places in the US the police have faced criticism over the use of excessive force, particularly against Black people, who make up 18% of the population.

At the news conference inside Renaissance Church of God in Christ in Grand Rapids on Thursday, Lyoya’s parents explained that they’d sought asylum in the US looking for safety after years of civil unrest and violence at home in eastern Congo.

“They told us that in America, there’s peace, there’s safety, you’re not going to see killing any more, that it was basically a safe haven,” his mother, Dorcas Lyoya, told the Free Press through a translator. “What is so surprising … [the man] supposed to be protecting us is the one who shot my son.

“That was my beloved son. You know how you love your firstborn son,” she said.

The family were accompanied by their attorneys and the mother of Breonna Taylor, a Black woman and native of Grand Rapids shot dead inside her home by police in Louisville, Kentucky, in 2020.

“The video shows us that this is as his mother and father have said – an execution. And there is no way to spin it or justify,” said Ben Crump, a prominent civil rights lawyer who has represented several victims of police violence, as Patrick’s parents wept. “It is an unjustifiable use of deadly force because the police escalated a traffic stop into an execution.”

Crump said the officer could have waited for backup when Lyoya ran but instead got “violent”.

He accused the unidentified officer of breaking protocol by using the Taser while close to Lyoya, adding that it was “natural instinct” for Lyoya to try to avoid being stunned. “There was no reason for [the officer] to have any intimate fear of the Taser being used against him,” said Crump.

The Lyoya family first escaped from DRC to Malawi, where they were granted asylum to live in the US. In recent years, Congolese people have become the largest group settled in Michigan, overtaking refugees from the Middle East after Donald Trump made it virtually impossible for Arab and Muslim people to gain asylum in the US.

The family lawyers pointed to the language barriers Congolese and others face when dealing with police.

Dorcas described her eldest son as the type of person “you would want to be around”, and said he would often make her laugh.

Details of the funeral are expected soon. “As a parent, I was thinking that maybe it was my son who was going to bury me, assist me at my funeral,” said Dorcas. “But it is astonishing, I am the one burying my son.”