‘That’s not going to happen’: Biden says reports that migrant families separated by Trump will be paid $450k are ‘garbage’ 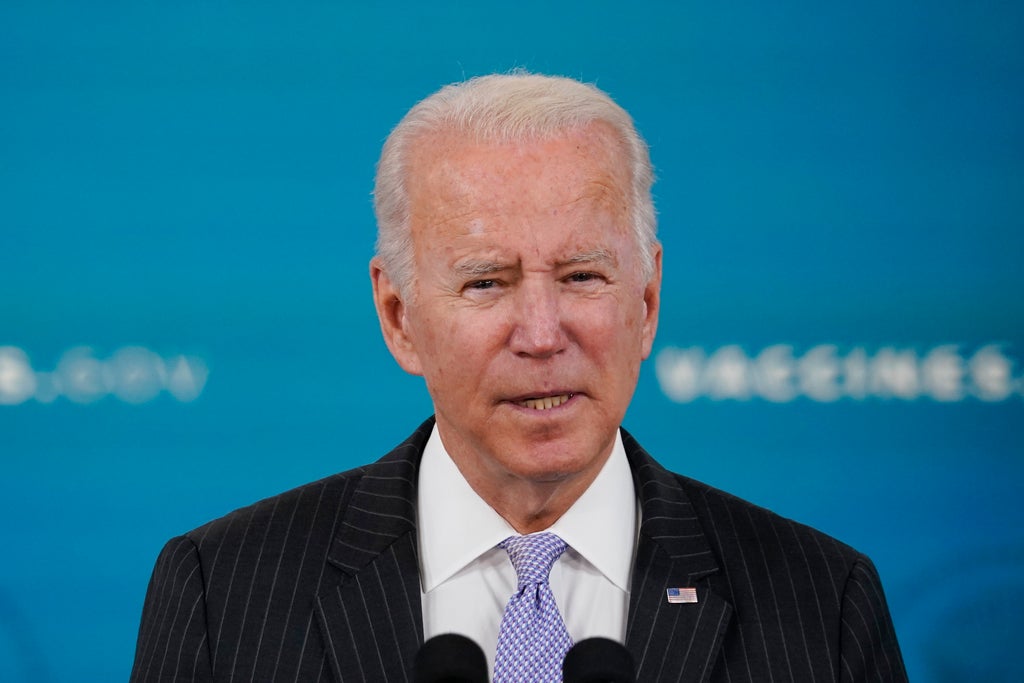 The US president Joe Biden has dismissed reports of any government payment to the migrant families that were affected by the previous administration’s policies as “garbage.”

On Wednesday, Mr Biden responded to a question about reports that the Biden administration plans to pay $450,000 to $1m to each undocumented immigrant family that was affected by Donald’s Trump’s policies and said that it was “not true.”

Fox News’ White House correspondent Peter Doocy had asked the president if the plans of payment might “incentivise more people to come over illegally?” and to this, Mr Biden responded: “If you guys keep sending that garbage out. Yeah. But it’s not true.”

At this point, Mr Doocy asked again: “So it’s a garbage report?”

The president replied: “Yeah. That’s not going to happen.”

The conversation around the payments was started after a 28 October Wall Street Journal report that said that the Biden administration had been in discussions over the past few months about making such payments. It cited several sources that it claimed were familiar with the matter.

Republican lawmakers had blasted Mr Biden over the report and noted that the said amount would exceed that given to the families of victims of the 9/11 attacks, as well as families of those who die while serving in the US military.

Mitch McConnell, the Senate minority leader, said on Monday that “honestly, this absurd idea feels like a satirical policy proposal that Republicans would have invented to make a parody out of the radical left”.

According to the American Civil Liberties Union (ACLU), Mr Trump’s policies on illegal immigrants impacted about 5,500 families. It was also reported that the Trump administration had no way to keep a track of all the children that were separated from their families.

When Mr Biden was elected president, he promised that he would reunite the families that were separated at the border because of the previous president’s policies.

In a statement, the ACLU director Anthony D Romero said: “President Biden may not have been fully briefed about the actions of his very own Justice Department as it carefully deliberated and considered the crimes committed against thousands of families separated from their children as an intentional governmental policy.”

The Wall Street Journal had reported that as of 28 October, only 52 migrant families have been reunited.

Jesse Bless, the director of litigation at the American Immigration Lawyers Association told the Washington Post: “When we just make it about, okay, children were taken from their parents … how do we put a price tag on that? And is it in the best interest of the government to put that dark time behind it? I think that’s a little more nuanced than headlines saying ‘half a million dollars.’”

‘You are not alone’: EU lawmakers tell Taiwan

‘You are not alone’: EU lawmakers tell Taiwan