Home » ‘That’s not who the Biden-Harris administration is’: Psaki tries to fight off criticism over images of Haitians rounded up by horsemen at Del Rio

‘That’s not who the Biden-Harris administration is’: Psaki tries to fight off criticism over images of Haitians rounded up by horsemen at Del Rio 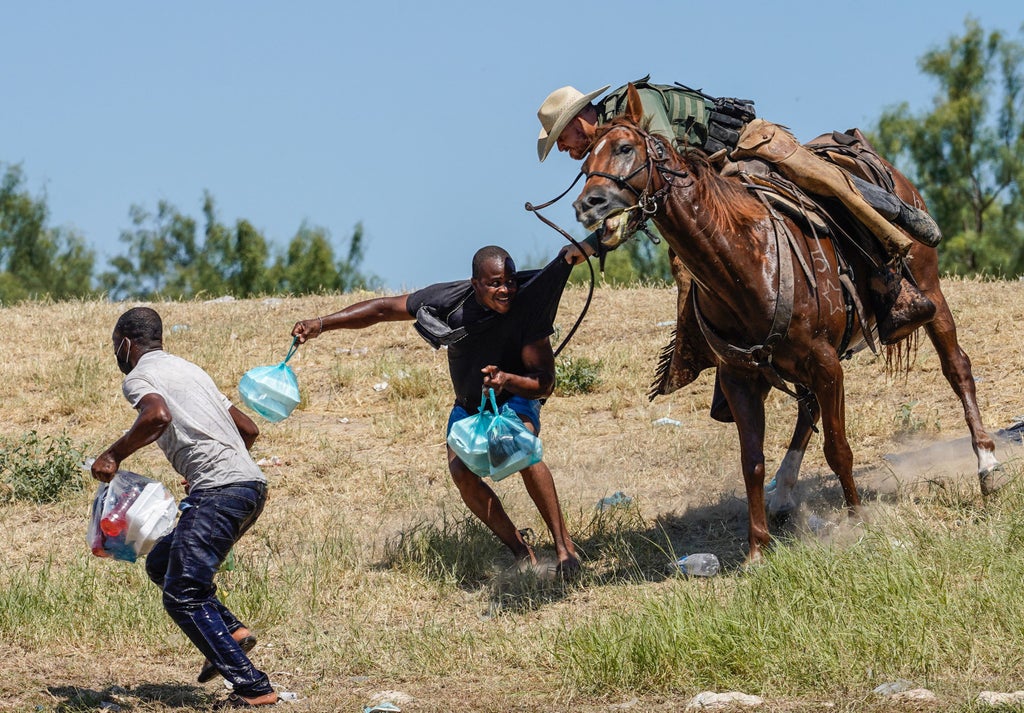 Biden administration officials were on the defensive on Tuesday after images of shocking confrontations between desperate Haitian migrants and Customs and Border Protection (CBP) agents on horseback were filmed and spread on social media.

The images, which showed CBP agents apparently attempting to corral migrants in specific areas, comes as the Biden administration is surging federal Homeland Security personnel to the region to respond to more than 14,000 migrants who have descended upon the region in the past few days.

In particular, several images of CBP agents appearing to swing the reins of their horse tack in whipping motions drew stinging criticism from progressives and human rights advocates, who likened the images to America’s dark racist history of Southern slave patrols.

White House press secretary Jen Psaki addressed the issue during an in-person interview on Tuesday with CBS This Morning a day after she at a press briefing had said that she could not imagine a situation where such conduct would be justified.

“I don’t know anyone who watched that video” who would not think the images were “horrible and horrific,” Ms Psaki said on Tuesday.

A kangaroo rescue in Canberra has captivated viewers around the world

The government's long-awaited plan to overhaul how Britain heats its homes for the climate emergency has been branded “inadequate”...

Colin Powell, who has died at the age of 84, always insisted he did want America to invade Iraq...

WASHINGTON — Former President Trump has filed a lawsuit to block the release of documents to the Jan. 6 select...

Michael Caine has said he “regrets” supporting Boris Johson in the last general election.The 88-year-old actor hit out at...

Boris Johnson has announced that the Queen has agreed to grant Southend city status in a tribute to Sir...

A kangaroo rescue in Canberra has captivated viewers around the world