The 10 Celtics and Bucks players most likely to meet the moment in Game 7 – NBA.com 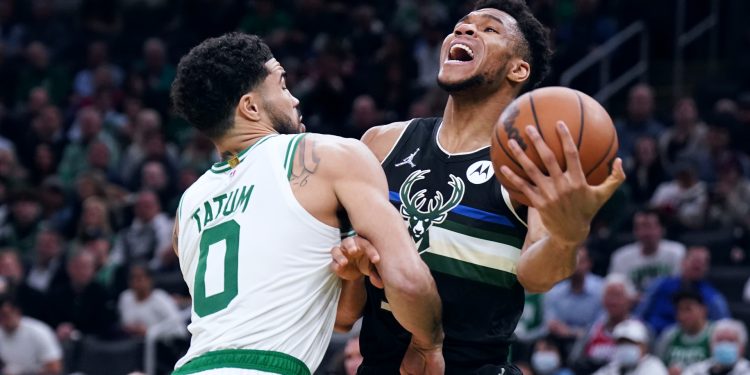 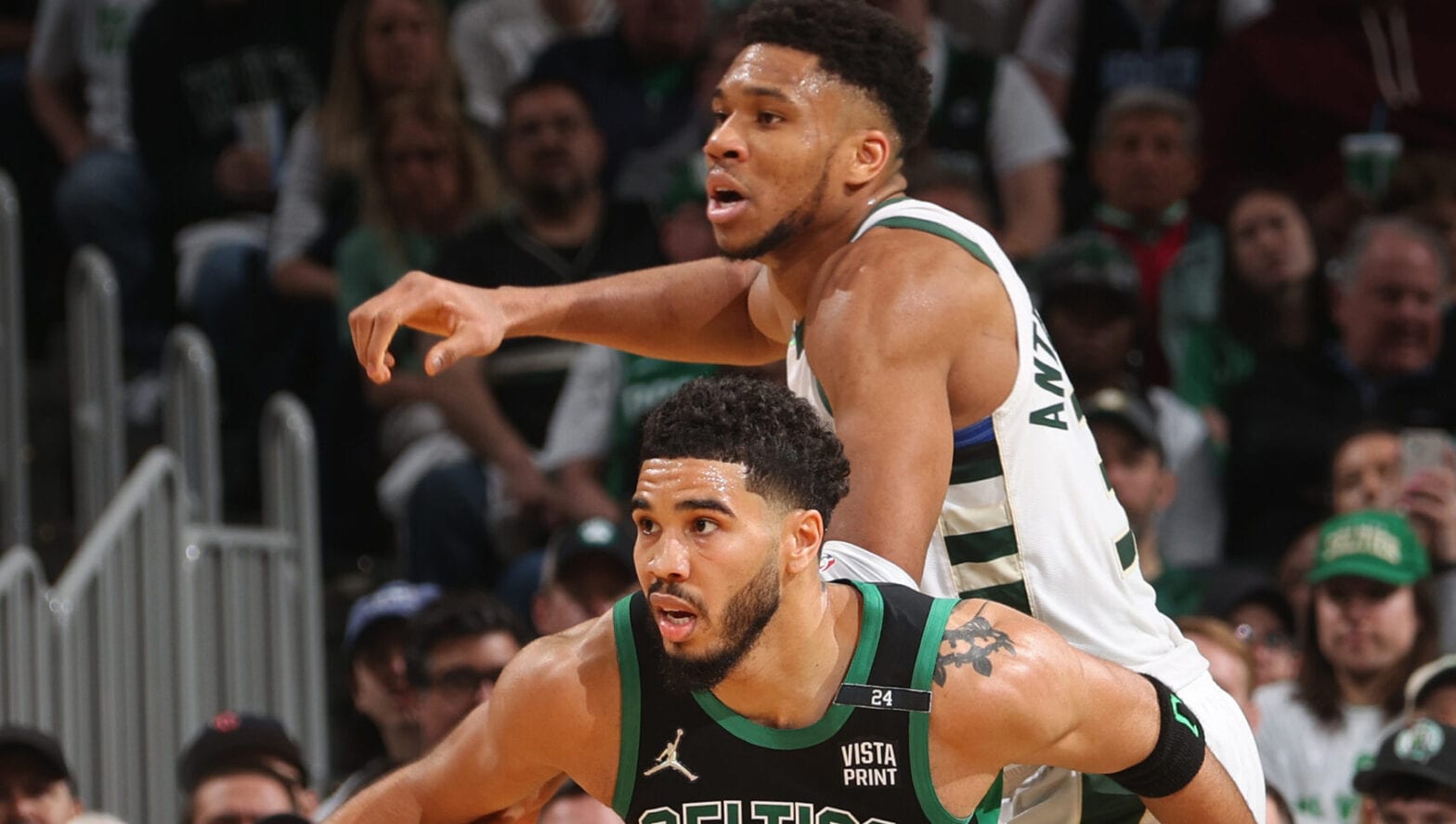 Giannis Antetokounmpo and Jayson Tatum have been engaged in an epic battle on both sides of the ball throughout a well-contested series.

BOSTON — It’s Game 7, where reputations are created and reputations are shattered. Where you make your name, which is more meaningful than your fame. Where feats are glorified and mistakes magnified. Where you step forward or step aside. Where heroes demand the ball and others shun the spotlight.

Sunday marks that moment for the Celtics and Bucks, these teams that have dragged us through six games of compelling basketball. That have raised the drama level and left us wondering whether the Eastern Conference finals — heck, the NBA Finals — could possibly be this entertaining.

“You got two juggernauts going at it,” said Celtics guard Marcus Smart.

Wanna know how close this conference semifinal is? Nobody has won two straight games. And forget the series for a moment, how did Boston gain home-court advantage? Oh, yes: The Bucks rested players in their final regular-season game, which helped them avoid the Nets in the first round. But in the process, the Bucks tied record-wise with Boston, costing them a chance to host this Game 7 on the second tiebreaker. And here we are.

The winner, or rather survivor, Sunday gets to move on, while the loser certainly will wonder where it all went wrong. There’s much on the line: The Bucks could lose their defending champion status, the Celtics could lose all the momentum they built since January, when they started winning more than any other team.

So: Which players will factor the most in this winner-take-all? And in what order? Based on how they’ve played this series, here’s a primer on the top 10 who are most likely to have a moment and contribute to the cause, starting with the most obvious:

What else must he do? Giannis has three 40-point, 10-rebound games in this series alone. He is, by far, the most impactful Buck and the centerpiece of everything. He’s also the most instrumental player in this series; this game will largely be decided on his performance. A 50-piece is a very real possibility, and the Bucks might need it, too, just as they did in the close-out game of last summer’s NBA Finals. For the Celtics, the trick is to come out ahead whenever Giannis charges toward the rim, either by drawing offensive fouls or distracting him just enough for him to miss.

This series is being stamped and cemented as Tatum’s Superstar Turn; this game could very well place him in the penthouse of today’s greatest players. Furthermore, Tatum could become part of Celtic Lore if he delivers anything like he did in Game 6 (46 points) and the Celtics addvance. The Celtic tradition is rich with Game 7 heroes; no need to list them because after 75 years and 16 championships you know who they are. Tatum seems determined to not let anything or anyone stop him from getting to the next round in style.

Celtics veteran Al Horford scores a career playoff-high 30 points — including 16 in the 4th quarter — to lift Boston to a series-tying Game 4 win in Milwaukee.

We’ll all have whatever Horford’s been drinking the last few weeks because the 35-year-old has come from the abyss (76ers, OKC) to rejuvenate not only his career, but the Celtics in this series. Remember, he delivered a fresh playoff career-high in this series, had a monster dunk over Giannis in this series, and locked it down defensively like never before … in this series. Did anyone see this coming from Big Al? No hands? Thought so.

Aside from his absentee Game 1 (4 FGs, 7 TOs), Brown has been a solid complement to Tatum and even — for brief stretches — the better player. He’s shooting 44.2% from deep, averaging 7.2 rebounds and hunting for moments to hurt Milwaukee. If the ball goes to him late in Game 7, nobody in Boston will hold their breath. And Tatum won’t hesitate to look for him if the double-team arrives; a clear sign of how much respect he has for Brown. “I expect to be part of a great game,” Brown said about Sunday.

It might surprise you to know Holiday has struggled with the shot this series, making just 35.3% overall, which is magnified because of the absence of sharp-shooting guard Khris Middleton. But that imperfection gets lost because of the game-changing plays Holiday is making at both ends. For this game, he’ll need to be more accurate, given the offensive demands on Giannis, and also attempt to slow Tatum. In that sense, he might have the toughest job of anyone in this game.

Yes, he had a bad two-minute stretch late in Game 5 that haunted him for a few days, and sometimes he tries to stretch beyond his limits offensively, but don’t get it twisted: Smart is a reliable two-way player when it matters most. He’s not afraid of the moment, which is exactly the type of player you want in a Game 7. And he’ll be needed as a layer of defense against Giannis while keeping an eye on Holiday. He rebounded following his Game 5 collapse, racking up 21 points, five rebounds, seven assists and — perhaps most key — 0 turnovers, proof of his determination and grit. “I’m the heart and soul of this team, and I try to be that for them,” he said.

Here’s where it gets uncertain for the Celtics. Williams played superbly in the first few games, then dropped off considerably. The Celtics don’t mind much if he’s not hitting his shot (he has two points over the last two games after averaging 11.8 in the first four) but Williams must avoid picking up cheap fouls whenever Giannis charges the rim. Sure, that’s easier said than done. Still, Williams’ defensive presence looms large in this outcome.

Budenholzer has made two head-scratchers as coach: Why did he keep George Hill on the floor for 19 minutes (instead of Jevon Carter) in Game 6, and why did he give Portis only 15 minutes in the Game 4 loss? Aside from Giannis, Portis is the most energetic big man for the Bucks, a frenetic rebounder who proved it with a crucial outing in Game 5. Milwaukee will need him to mix it up, as he did then (15 rebounds) and concentrate his offense near the rim, instead of the 3-point line.

Grayson Allen has been horrific, missing shots, passing up others and doing far more harm than good. This only elevates the importance of Connaughton to be the designated support scorer, one whose success can keep Allen on the bench. Connaughton is a good floor-spacer and decent around the basket (he’s a former AT&T Slam Dunk contestant). He had big moments for the Bucks last summer in the NBA Finals, proof that he isn’t scared, but has been so-so in this series. This is where the absence of Middleton hits hard.

He’s averaging 32.1 minutes the last three games — proof that Boston will put him on the floor, especially in crunch time — after only seeing 21.8 in the opening three. White has been a mixed bag since arriving in midseason; his shooting from deep initially was poor (21.6% for his 1st 17 games in Boston, then 48.6% in the last nine of the regular season) but he’s active, doesn’t hide and looks to make something happen.

Shaun Powell has covered the NBA for more than 25 years. You can e-mail him here, find his archive here and follow him on Twitter.

The views on this page do not necessarily reflect the views of the NBA, its clubs or Turner Broadcasting. 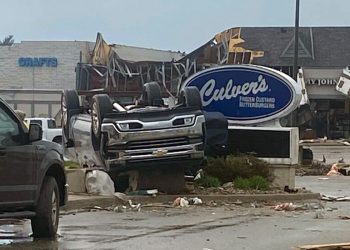