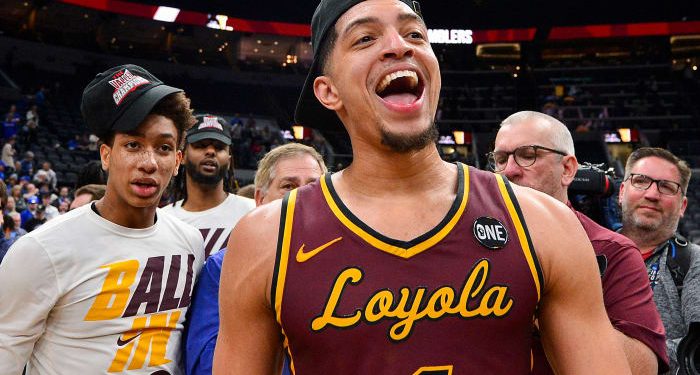 
These First-Round Games? They’re a Sure Thing

It’s Wednesday morning. Your bracket is due in 24 hours. You’re searching for answers. Luckily, we have them. Here are 10 teams SI trusts to win in the first round—one for each seed.

No. 1 Gonzaga over No. 16 Georgia State: All No. 1 seeds are in the circle of trust for the first round, but if anyone gets shocked early, it won’t be the Zags.

No. 2 Kentucky over No. 15 Saint Peter’s: Pencil in all your No. 2s as usual. Saint Peter’s can guard, but it struggles to score. It will be hard-pressed to handle the size and experience of Oscar Tshiebwe and the Wildcats.

No. 3 Texas Tech over No. 14 Montana State: The Red Raiders struggle to score at times, but they boast the top defense in the country and shouldn’t be fazed.

No. 4 UCLA over No. 13 Akron: UCLA went to the Final Four last year with basically the same team and seems to be hitting its stride at the right time. Don’t expect the Bruins to get caught napping.

No. 5 Connecticut over No. 12 New Mexico State: The Huskies are hard-nosed, athletic and capable of grinding out games against almost anyone. They looked like a second-weekend team last week at the Big East tournament.

No. 6 Colorado State over No. 11 Michigan: The Rams are well-tested and have a star bucket-getter in David Roddy. Michigan has a size advantage but walked backward into the tourney. CSU’s crisp offense should get it done.

No. 7 Murray State over No. 10 San Francisco: Considering Yauhen Massalski may remain out with injury, this is a potential uphill battle for the Dons. The Racers are a cohesive group and haven’t lost since Dec. 22.

No. 8 San Diego State over No. 9 Creighton: Stingy defense and ample tourney experience make the Aztecs a good bet to advance. The Bluejays rely on three freshmen and haven’t been the picture of consistency.

No. 9 TCU over No. 8 Seton Hall: The Pirates’s attack revolves almost entirely around three streaky guards, while the Horned Frogs have been playing teams close. TCU has the size and athleticism to slow Seton Hall and win a slugfest.

No. 10 Loyola Chicago over No. 7 Ohio State: Loyola is reaching Brad Stevens–Butler levels of March reliability and draws a stumbling Buckeyes team that has lost four of five. Expect Ramblers star and defensive ace Lucas Williamson to give Malaki Branham a tough time.

Who’s playing the best heading into the Big Dance? Which team is fading at the worst time? Pat Forde ranks all 68 teams in the tournament, from Gonzaga to Texas A&M-CC.

As you prepare to fill out your brackets and clear out your work calendars for Thursday and Friday, don’t forget to study up on some March Madness knowledge.

• Bracket: A look at how the tourney shakes out.
• Predictions: Gonzaga or bust? Pat Forde and our group of college hoops gurus make their picks.
• Regional previews: breaking down the four paths to New Orleans.
• Betting: Which upsets should you have on the radar? A look at the 5-vs.-12 matchups.
• Complete coverage

• Bracket: Which teams will make the trip to Minneapolis?
• Predictions: Is it South Carolina’s time? Check out our experts’ picks.
• Regional previews: Ben Pickman weighs in on the players, games and bracket busters to watch.
• Complete coverage

How much can — and will — China help Russia as its economy crumbles? – CNBC