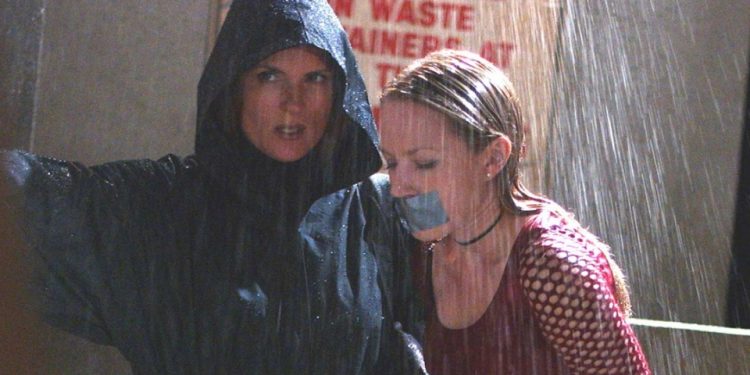 
“Will you turn this around?” soap patriarch Eric Forrester (John McCook) demands, gesturing at a television set. “I need to see it!”

This is the first line of dialogue uttered in the very first episode of The Bold and the Beautifulwhich aired on March 23, 1987.

Since then, there have been more than 8500 episodes of this fashion-centred daytime soap. This means that, for 35 years now, viewers have been gesturing at their TV sets, needing to see it.

Although 35 years is a generous innings for any TV show, this actually makes Bold the youngest of the four remaining American daytime soaps.

General Hospital has been on the air since 1963, Days of Our Lives since 1965, and Bold’s sister soap, The Young and the Restlesssince 1973.

This should not make The Bold and the Beautiful‘s success any less remarkable.

However, the proliferation of potential entertainment sources, the rise of reality television, and the advent of streaming have pushed soaps into a decline.

The last new US soap to be created was Passions in 1999, which lasted only 10 years.

The four remaining soap operas have survived a television climate which is increasingly unfriendly to the form – a phenomenon Australian viewers will be very familiar with, given the recent demise of Neighbours.

For those unfamiliar with it, The Bold and the Beautiful is set in Los Angeles and centres on the lives, loves and numerous fashion shows of the Forrester, Logan and Spencer families.

It has always been popular in Australia: Indeed, for its 30th birthday in 2017, The Bold and the Beautiful came to Australia and filmed Steffy Forrester (Jacqueline MacInnes Wood) and Liam Spencer’s (Scott Clifton) third wedding in front of the Sydney Opera House.

I’ve been a dedicated Bold viewer for a very long time.

In its 35 years, it has featured many wild, weird and wonderful storylines.

Here’s a non-exhaustive collection of some of my personal favourites.

During Donna Logan’s (Jennifer Gareis) marriage to Eric Forrester, she had a penchant for referring to him as “honey bear”, much to the displeasure of Eric’s ex-wife and the Forrester family matriarch Stephanie (Susan Flannery).

Stephanie’s sister Pam (Alley Mills) decided to eliminate Donna from the equation in the most metaphorically apt if not particularly reliable method: Following her to a remote cabin, tying her to a chair, covering her in honey, and setting a grizzly bear on her.

She did not succeed, and Pam and Donna eventually became co-receptionists and uneasy friends at Forrester Creations.

Ridge has been married to both women multiple times, but perhaps the most famous of these weddings is an unsuccessful one.

Ridge (Moss) was on the verge of marrying Taylor (Tylo), when Brooke – who had been furiously riding to the wedding on horseback in an effort to stop it – burst in right at the last moment, causing the celebrant to proclaim Ridge and Taylor “man and horse”.

Questions over a baby’s paternity (or, colloquially, “who’s the daddy?”) plotlines are a soap opera staple.

In the late 1990s, Bold had perhaps its most spectacular example of the trope. Amber Moore (Adrienne Frantz) wasn’t sure if her baby was fathered by Usher Raymond or Rick Forrester (Jacob Young).

Ultimately, her child turned out to be Rick’s, but sadly died at birth.

This led to Amber taking the baby her cousin Becky (Marissa Tait) was putting up for adoption and passing him off as her own.

This child, Little Eric, was parented by at least seven people in his time on the show, but has since disappeared from the narrative … although his reappearance as an adult is never off the table.

Brooke survived, but Taylor did not … or so it seemed.

After a very Heathcliff-esque scene where he dug up her grave only to find a mannequin, Taylor revealed to him that she was in fact still alive.

This was Taylor’s second return from the dead.

She was rescued by the same person as the first time – Prince Omar Rashid of Morocco (Kabir Bedi).

The Taylor mannequin made an unexpected return, many years later.

When Bold returned to filming under COVID conditions, actors were not allowed within six feet of each other. One of the workarounds the show used to do love scenes were mannequins.

This led to one of the strangest plots the show has ever attempted, in which a mannequin became an on-screen character.

After experiencing head trauma, Thomas Forrester (Matthew Atkinson) began hallucinating that a mannequin who looked exactly like the long-time object of his desires Hope Logan (Annika Noelle) began talking to him.

The mannequin eventually professed her love to him, right before ordering him to murder Hope’s husband Liam.

He still interacts with mannequins in his professional capacity as a fashion designer, but thankfully no longer in his personal life.

There are more wild plotlines to come: Bold was recently renewed until 2024.

Right now, supervillain Sheila has a gun in her hands again.

I suspect this time the victim will be her son Finn (Tanner Novlan), stepping in front of a bullet meant for his wife Steffy, rather than Taylor or Brooke – but really, anything could happen, and usually does.

‘My stepmother is crying poor, and selling everything of value. She’s cut off all communication’: My father died without a will and I am his only child. What now?