The ‘best-paid’ internship in America pays almost $10,000 a month — and it’s a Silicon Valley company 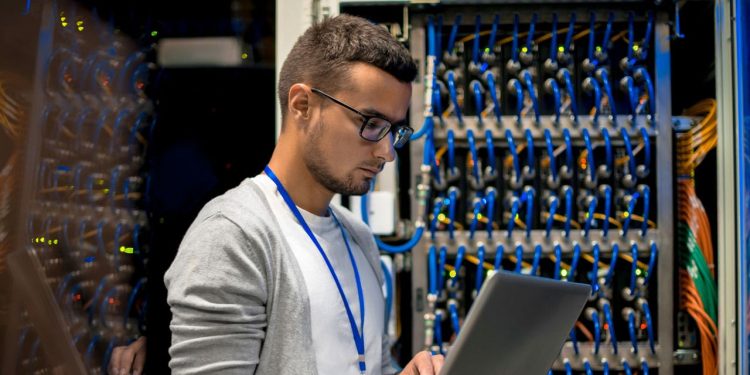 
Are you looking for work experience? Silicon Valley companies are competing for tech interns.

The careers website Glassdoor on Tuesday released its annual 25 Best-Paid Internships in America report for 2022. With falling unemployment and rising wages, and so many workers on the move as we enter year three of the pandemic, it makes for timely reading. Summer interns are among those who arguably stand to benefit from the networking and mentoring opportunities that come with workers returning to their offices.

Technology jobs dominated the list (17 out of 25) with Roblox
RBLX,

reaching No. 1 with a median monthly pay for interns of $9,667. The online-gaming company was followed by Uber
UBER,
,
Salesforce
CRM,
,
AmazonAMZN,

and Facebook’s parent, Meta
FB,
,
as leading the list of best-paid internships. To qualify, Glassdoor had to count a minimum of 30 salary reviews for internships per company by U.S.-based interns between Feb. 14, 2021 and Feb. 13, 2022; 88,000 salary reports were received.

The U.S. jobs market is currently red hot, despite the ongoing war in Ukraine, rising inflation and gas prices, and dramatic fluctuations in the stock market. The U.S. added 431,000 new jobs in March and the unemployment rate fell to 3.6%, reflecting widespread hiring and an increasing number of people willing to rejoin the labor force. Businesses have a record number of job openings, and are keen to hire because demand for their goods and services are so high.

Some 60% of internship job titles at technology firms were software engineering or development-related, Glassdoor said. Others included data science and engineering, financial analysis, user experience design (UX), machine learning and non-technical roles like product management, marketing and diversity and inclusion specialists. In the finance industry, analysts made up just over one-third of all reviews, software engineering made up another third.

Seventy percent of 2020 summer interns cited remote work negatively, up from 50% in 2020. “Although many workers prefer remote work, interns feel differently,” Glassdoor said. “Internships are often packed full of engaging activities designed to immerse interns in a real-world work environment and attract them back to the company post-graduation. But with the onset of COVID-19, many of these in-person events were suddenly no longer possible.”

Roblox referred MarketWatch to a previous blog post written by Daniel Sturman, Chief Technology Officer, in which he wrote, “The metaverse is a generational project, something that people will be working on long after we’ve all retired, which is why we’re constantly in search of the emerging innovators that will develop the next generation of technological advancements.” (The other companies did not respond to request for comment.)

Alex Murray, director, programs and marketing, Futureforce & Workforce Development, Salesforce’s internship program, told MarketWatch, “Through our Futureforce University Recruiting program, interns collaborate with fellow employees on a global scale and work directly on projects that make a tangible impact on the future of our company.” (A spokesperson for Meta said it does not disclose compensation details for its employees.)

Earlier this year, Glassdoor released its annual 50 Best Jobs in America report for 2022. Once again, technology workers came out on top, with enterprise architects No. 1 on Glassdoor’s list. They have a median base salary of $144,997 a year, 14,021 job openings and a satisfaction rating of 4.1 out of 5.0, a relatively high score given that many company HR departments and hiring managers are struggling to offer wages that are keeping pace with inflation.

Despite the low U.S. unemployment rate, the economic picture and job market remain uncertain. A recent research paper co-authored by a former U.S. Treasury Secretary Larry Summers and Alex Domash, a research fellow at the Harvard Kennedy School, painted a skeptical outlook. In the paper, they concluded that there was a “very low likelihood” that the U.S. Federal Reserve can reduce inflation without causing a significant slowdown in economic activity.