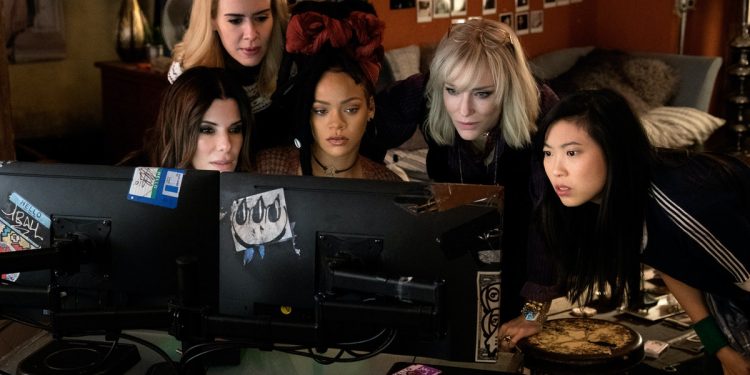 We all rely on the internet these days, and it’s always frustrating whenever it goes down. Outages can happen, but fortunately, there are now a few NBN providers that offer 4G backup with their plans.

These plans rely on bundled modems that connect you to the NBN as well as a mobile network. In the event of an outage, the modem will automatically roll over to 4G to keep you online.

There is a catch, however: you’ll experience slower speeds. Every provider that offers 4G backup also caps download speeds to either 12Mbps or 25Mbps when you connect to 4G. That’s equivalent to an NBN 12 or NBN 25 plan – and still fast enough to keep your Netflix binge going – but not really fast enough for larger uploads and downloads.

There are currently five major providers that currently offer 4G backup in Australia: Telstra, Optus, Vodafone, iiNet, and Internode. We’ll take a closer look at these providers below, but first, here’s how they compare when it comes to NBN 50 plans:

Telstra NBN plans all include its second-generation Smart Modem, a modem router with 4G backup. You can use the 4G backup while you’re waiting for Telstra to connect your NBN plan, and it will also come online if you’re dealing with internet issues.

You’ll get 4G download speeds of 25Mbps and upload speeds of 5Mbps whenever you need to use 4G. The speeds make it roughly equivalent to an NBN 25 plan.

Telstra is currently running a few NBN deals. If you opt for an NBN 50 plan or faster, you’ll get a $10 per month discount for your first six months, if you sign-up before the end of the month. Telstra will also throw in a free year of Disney+ if you sign-up before March 28. You’ll have your $99 connection fee waived if you sign-up online, and you’ll score a three-month free subscription to Binge.

Telstra NBN plans are technically contract-free, but you’ll need to pay out the pro-rated value of the included modem ($216) if you leave within your first 24 months. That’s equivalent to $9 per month left in your two-year term.

If you’re looking for faster 4G backup, Telstra’s small business NBN plans include uncapped 4G access. Exact speeds will depend on your location and network congestion, but the Telstra 4G network can comfortably hit speeds between 50Mbps and 100Mbps in most metro areas, if not faster.

Optus has its own modem with integrated 4G backup: the Optus Ultra WiFI modem. 4G connectivity will be available while you’re waiting for your NBN connection to go live, or if you’re suffering an outage. Similar to Telstra, you’ll get download speeds of 25Mbps and upload speeds of 2Mbps when you fall back to 4G backup.

Note that Optus’ Gamer NBN plans do not include 4G backup.

Optus’ NBN plans are contract-free, but you’ll have to pay out a pro-rated modem fee if you leave within your first 36 months. The modem fee is equivalent to $7 multiplied by the number of months remaining in your three-year term.

If you opt for an Optus family NBN plan – referred to as Internet Ultimate plans – you’ll get a WiFi extender in addition to the modem with 4G backup. These plans are available on all speed tiers. Just be aware that this will increase your pro-rated modem fee to $13 per month left in your term.

Optus currently has introductory offers going on many of its NBN plans. You’ll pay a discounted rate for your first six months, after which you’ll pay full price.

Vodafone’s NBN plans can all be paired with a modem with integrated 4G backup: the Vodafone WiFi Hub 2.0. You can use the 4G fallback for up to 30 consecutive days when you’re waiting to be connected to the NBN or in the event your connection fails. Vodafone’s 4G speeds are capped to 12Mbps down and 1Mbps up, which is a bit slower than those offered by Telstra and Optus.

Notably, Vodafone’s WiFi Hub 2.0 is unlocked. If you leave Vodafone, you can put your own SIM card in it to power your own 4G backup. You’ll have to manually reconfigure the modem, however.

If you’re a Vodafone postpaid mobile customer, you can save $15 per month on any Vodafone NBN plan.

Vodafone NBN plans are contract-free, but if you add the WiFi Hub to your plan, you’ll pay out a pro-rated modem fee if you leave within your first two years. This is equivalent to $7.50 multiplied by the number of months left in your term.

iiNet now offers optional 4G backup across its entire NBN range via the optional “High-Speed NBN Modem with 4G Connection Backup” you can select when you’re signing up to a new plan.

iiNet’s 4G backup is powered by the Vodafone network, and as with Vodafone, speeds are capped to 12Mbps down and 1Mbps up.

iiNet currently has introductory offers on its NBN 100 plans and up, where you’ll pay a discounted rate for your first six months.

Opting for 4G backup on iiNet will cost you $10 in shipping fees, but doesn’t add anything extra onto your monthly bill. Just be aware that if you leave in your first two years, you’ll be charged a pro-rated modem fee. This is equivalent to $8 for each month left in your term.

Internode’s approach to 4G backup is identical to its sibling brand iiNet. Select the optional “High-Speed NBN Modem with 4G Connection Backup” when you’re signing up, and you’ll get mobile redundancy for your plan.

Internode’s 4G backup is powered by the Vodafone network. Speeds are limited to 12Mbps down and 1Mbps up.

As with iiNet, you’ll only pay $10 in shipping for the 4G backup modem. The modem fee if you leave within your first 24 months is also identical, however: $8 for each month left in your term.

This article has been updated since its original publish date to reflect current deals and data.