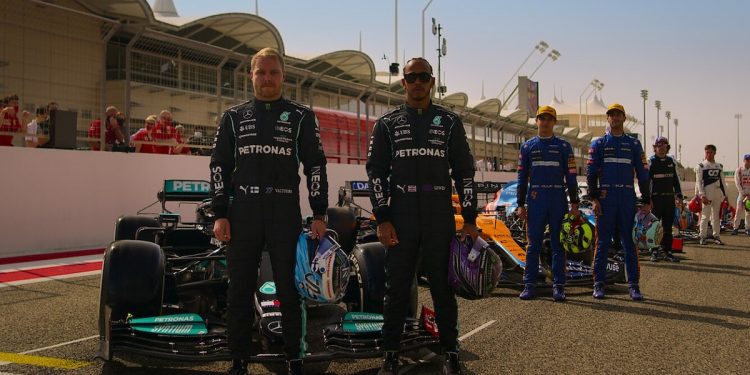 Sport is such a big part of our lives these days, and it’s not just the live games that take up our attention. Plenty of legends have come out of the sporting world and hearing their stories is often just as inspiring as seeing them play.

In honour of sports geniuses all over, we’ve pulled together a list of some of the most inspiring sporting documentaries to come out in recent years and detailed exactly where you can find them.

The Best Sports Documentaries you can stream

It’s never been a better time to be a Formula 1 fan. Not only are a new batch of races kicking off right now but Netflix has just dropped the new season of its racing docuseries Formula 1: Drive to Survive.

The series goes behind the wheel with the drivers, both rookie and pro, of the F1 circuit showing the drama that happens both in front of and behind the camera.

The passing of football legend Diego Maradona left sports fans across the globe heartbroken. The Argentinian icon passed away aged 60 in November 2020 from a heart attack. Argentina declared three days of mourning for the former midfielder who held the love and respect of so many.

Sports fans hoping to relive the incredible talents of Diego Maradona can do so with this 2019 HBO documentary. The film kicks off in 1984 with Maradona arriving into Naples. In Amazon’s summary of the documentary it reads:

“Maradona was blessed on the field but cursed off it; the charismatic Argentine, quickly led Naples to their first-ever title. It was the stuff of dreams. But there was a price.”

Available to watch on Netflix.

Cheer is the gripping docuseries follows the ups and downs of Navarro College’s competitive cheer squad as they work to win a coveted national title. The series gives insight into the brutal world of this sport and how its athletes face incredibly adversity to achieve incredible triumph.

Sports-starved fans were thrilled when The Last Dance dropped on Netflix. This 10-part docuseries takes an in-depth look into Michael Jordan’s career and the 1990s Chicago Bulls, showcasing unaired footage from the 1997-98 season.

This docu-series takes the audience behind the scenes to witness one of the darkest times in the Australia cricket team’s history to date, and how it picked itself up to reclaim its title and integrity. It takes you back to the 2018 ball-tampering saga in Cape Town, which rocked the Australian sporting landscape.

More for Formula 1 fans, Schumacher explores the incredible career of German driver Michael Schumacher, a seven-time F1 champion. The movie uses a combination of interviews and archival footage to paint a picture of Schumacher’s impressive achievements.

The Final Quarter and The Australian Dream (2019)

It only makes sense listing these two documentaries together. They’re both based on Adam Goodes, the former Australian rules footballer who played more games in the AFL than any other Indigenous player. He also won the Brownlow medal twice; two Premierships with the Sydney Swans; and was named Australian of the Year in 2014. However, he retired the following year after facing persistent racial abuse.

Both the documentaries are based on his career, and how he publicly called out racism. Goodes was involved in the making of The Australian Dream.

The Final Quarter is available on Stan

Follow Manchester City behind the scenes throughout its Premier League winning and record-breaking 2017-2018 season. The docu-series, which looks into the lives of the players on and off the pitch, also highlights never-before-seen dressing room footage with manager Pep Guardiola at the helm.

If there was one feature-length documentary you had to watch to examine the breakthrough of young players, this would be it. The Class of ’92 looks at the impact made by David Beckham, Nicky Butt, Ryan Giggs, Gary Neville, Phil Neville and Paul Scholes at Manchester United, and how they helped the Red Devils dominate the 1990s, including winning the famous treble in 1999.

In this docu-series, you’ll follow the lives of elite athletes in America who’ve had difficult pasts and struggled academically. However, the players turn to junior college football for a last chance at turning their lives around to fulfill their dreams.

This 2010 British documentary is based on the record-breaking West Indies cricket team of the 1970s and 1980s, and how captain Clive Lloyd leads them to dominate the sport for many years to come.

Follow professional rock climber, Alex Honnold, in his quest to conquer the first free solo climb – that’s with no rope attached – of famed Yosemite National Park’s 3200-foot El Capitan. You’ll definitely be at the edge of your seat watching this documentary by National Geographic.

The American documentary film is based on the story of two African-American high school students in Chicago and their dream of becoming professional basketball players. It’s a window into the city’s street culture. After an intense editing of three hours of footage (it took three years), it emerged as a landmark documentary in 1996.

Based on the story of Muhammad Ali, arguably the greatest boxer of the 20th century, this documentary pays tribute to the legend through the perspective of 10 of his former rivals. Even if you don’t know about the three-time world heavyweight champion’s history, you would have surely heard his worldwide famous quote, “float like a butterfly, sting like a bee”.

This one’s going to entice all you Aussie surfers out there. Riding Giants focuses on the history of surfing and more specifically, the art of big wave riding. It’s been directed and narrated by famous skater and surfer Stacy Peralta and features other big names like Laird Hamilton, Jeff Clark, and Mickey Munoz.

Filmmaker and competitive surfer, Bruce Brown, follows surfers Michael Hynson and Robert August around the world. They visit Hawaii, Australia, South Africa and other secluded surfing spots in search of ‘The Perfect Wave’.

Controversies in sports is not a new thing but when a documentary happens upon a major international doping scandal, you’re going to sit up and listen (and watch in this case). Bryan Fogel, the brains behind the film, explores the option of doping to win an amateur cycling racing before stumbling on something a whole lot bigger. He then asks the head of the Russian anti-doping laboratory to help him out.

The documentary depicts the life and death of Ayrton Senna, the famous Brazilian motor-racing champion who died in an unfortunate incident at the 1994 San Marino Grand Prix. He was just 34 at the time.

Climbing a mountain is no easy feat, let alone climbing it solo. The Alpinist follows Marc-André Leclerc, a bold yet reclusive climber who scales some of the most difficult and remote peaks in the world.

Did we miss your favourite sporting documentary? We know sports legends like Maradona leave a mark, so let us know your thoughts in the comments below.