The Best Succulents to Grow Inside 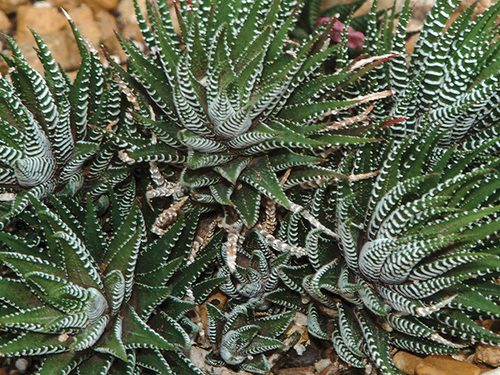 
Succulents have sparked a lot of interest in recent years, and many people have taken on the hobby of growing them in their homes. As gardeners expand their succulent collections, they face a bit of a learning curve. Many put their succulents outside for the summer but then need to bring them inside when the weather turns cold. During this time, the main goal of most gardeners is just to keep their succulents alive. If you’re looking to grow succulents inside year-round, there are a few key factors in keeping them healthy.

The first factor to consider when growing succulents indoors is the amount of sunlight your plants get. In the wild, succulents grow in bright environments, from full sun to open shade. Place them near a south-facing window for optimal light. An east-facing window is the second-best option, with a west-facing window closely following as the third. North-facing windows typically don’t get enough light. Be attentive to how sunlight shifts throughout the day to avoid succulents burning from too much light, and move them accordingly.

Evaporation happens at a slower pace indoors, so succulents need to be watered less frequently than is necessary outside. An easy method of checking the moisture level in the soil is to stick a wooden chopstick or food skewer deep into the soil. When you pull it out, if a moderate amount of soil is ­attached, then the soil has enough moisture. ­However, prolonged soil saturation can lead to rot. To ­increase evaporation, use a fan, or place your plants near a window to keep the air circulating. Avoid placing them near vents.

Some succulents are better suited to growing as houseplants year-round than others. Haworthia, Haworthiopsis, Gasteria, and Senecio are four genera that tend to do better indoors. They are relatively slow growing, which allows them to tolerate less light. They are also winter growers, which means they will grow actively during the cooler months and go dormant during summer. They are perfectly happy being houseplants during the warmer months—unlike summer growers, which prefer going outside. The soil for these succulents needs to be fast draining; consider amending with pumice or perlite. This creates gaps for water to flow through and evaporate from and also increases the space for roots to develop. Water plants once every four weeks during winter and once every four to six weeks during summer if you keep them inside. The following species are easy to come by and will thrive indoors.

Zebra plant is a common name given to two very similar species: Haworthiopsis fasciata (pictured) and H. attenuata (photo p. 18, top). You may also find these succulents sold as Haworthia fasciata and Haworthia attenuata, reflecting their former genus. Both have rough-textured leaves with white, horizontal tubercles running down the outside of the leaves. H. attenuata has the tubercles on the inside of the foliage as well as the outside, while H. fasciata has smooth inner leaves. Their rosette formation stays fairly symmetrical while indoors due to their slow-growing nature. As they mature, they produce many offsets.

Star window plant grows in vibrant, smooth-leafed rosettes. The foliage is plump and thick; if it starts to shrivel, it needs to be watered. There are translucent windows on the top of the leaves. This translucency is characteristic of many plants in this genus, and it allows more sunlight to be photosynthesized. This makes them well suited for the lower-light conditions of growing indoors.

While a few gasterias can grow relatively large, dwarf gasteria stays small. It creates offsets and can either grow in a rosette formation or in a distichous manner (growing vertically or slightly twisted with a fanlike resemblance; pictured). Dwarf gasteria has small, dark green leaves with a smooth surface and white accents. It’s the slowest-growing plant featured here and has a high tolerance for lower-light conditions.

String of bananas is an excellent trailer

Succulents from the Senecio genus make good indoor plants, but only the hanging varieties. String of bananas creeps along the ground in the wild, but in cultivation it’s often found in hanging baskets. The foliage grows in plump crescents that dangle below the container. A translucent strip running down the leaves allows more light to be photosynthesized, making it a good choice for a houseplant. This succulent requires more air circulation than others, as the foliage that grows on top of the soil is dense and does not allow much surface space for evaporation.

James Monroe is the owner of Unknown Succulents, a company that sells succulents, designs with them, and provides consulting on their proper care. James documents his succulent journey on Instagram @unknown succulents.

A Safe, Effective Way To Treat Your Dog’s Anxiety 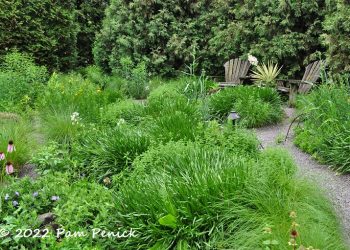 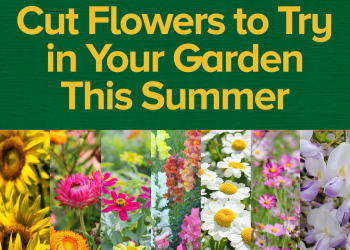 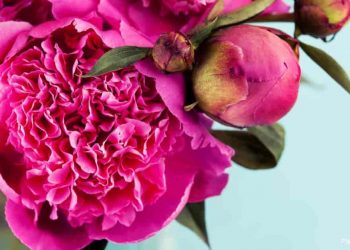 Peonies are herbaceous perennials that... 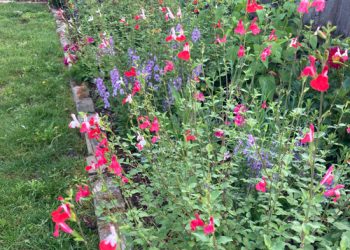 This is Joseph, your GPOD... 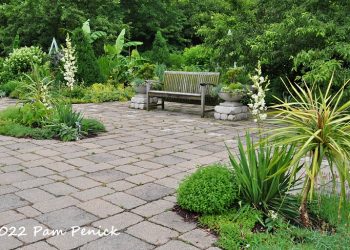