The Biggest Oil Towns in Texas 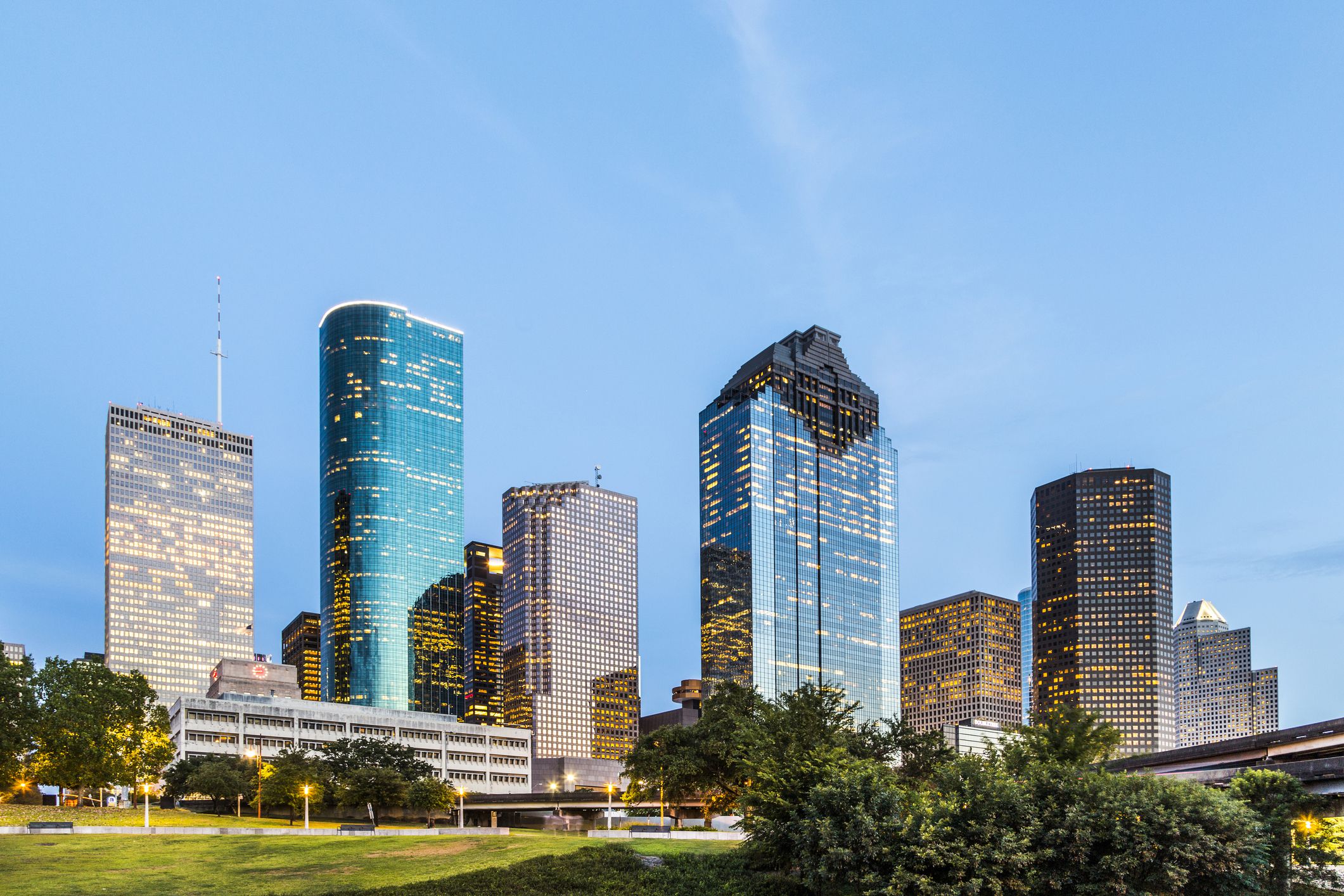 The state of Texas experienced peak oil production in 1972. Afterward, production dwindled until the early 2000s. Production has more than doubled since Jan. 1999 when over 39 million barrels were produced in the state.

Oil and the Texas Economy

The boom has had the effect of lowering U.S. foreign imports of petroleum. A majority of the oil fields in the state of Texas originate from two formations, the Eagle Ford Shale and the Permian Basin. Texas accounted for 40% of the oil produced in the U.S. during 2018, generating an average of 4.4 million barrels of oil per day.

Counties in the southeast and central Texas have benefited economically from the oil surge as employment rates, average incomes and home sales have soared in select cities, while other cities with long histories of oil production and industry seek to branch out further from recent production rates.

Many have gained from the new source of riches—the oil companies, the landowners who have leased their acreage to drillers in exchange for exorbitant monthly rents, and the local economies of cities that play host to the fracking. The following are the Texan cities that have helped spur the highest oil production, driving production levels of oil in the U.S. higher than in Saudi Arabia.

As the largest city in Texas, Houston’s population is 2.3 million, which makes it the fourth most populated city in the country. Already home to the headquarters of several oil and gas companies, Houston is undergoing major developments in industrial gas complexes.

The major oil company employers in Houston’s Energy Corridor are BP, ConocoPhillips, and Shell. The average wage for a skilled energy worker living in Houston is $200,000 per year. Despite layoffs in the oil industry happening in Houston, the city is still the energy capital of the world.

Houston is home to the second-largest public company in Texas, Phillips 66, which brought in $111.5 billion in revenue for 2018, along with ConocoPhillips, which brought in $36 billion. The oilfield services giant Schlumberger Limited also operates out of Houston.

The oil boom has attracted 300 companies to Austin, including Jones Energy and Brigham Exploration, which employ residents in the fields of oil investment, surveying, drilling technology, and production. Aiding the oil drilling ventures is access to former graduates and the research facilities housed at The University of Texas at Austin.

The petroleum and geosystems engineering department has provided an educational basis for companies to be further equipped with the latest technologies upon entering the field. As part of a fellowship program, oil company Statoil ASA worked with the university to begin a $5 million investment in the school’s graduate students.

The headquarters for major oil energy company Energy Transfer LPis located in Dallas. The company took in an estimated $54 billion in 2018. The HollyFrontier Corporation is also located in Dallas, with revenues of $17.7 billion in 2018. Oil production helped move this city away from the cotton and rail industries. Oil tycoon and billionaire H.L. Hunt lived in Dallas and left a long legacy in the city.

As the second most-populated city in Texas and the seventh in the U.S., San Antonio is home to the South Texas Oilfield Expo and a host of oil companies including Valero Energy Corporation, which had revenue of $117 billion in 2018. There are over 80 gas and oil companies located in San Antonio. One of the city’s largest employers is an oil refinery, Ultramar Diamond Shamrock Corporation, which is owned by Valero.

Located in Midland County, Midland has a population of 134,000 and sits on the Permian Basin. The city has experienced increases in population and average salaries since gains made from oil drilling. The new riches of Midland prompted population swells that were among the highest in the country in 2013.

Midland’s school district was able to open new teaching positions, though some teachers left their jobs to pursue higher-paying opportunities in the oil fields—where even inexperienced workers have an opportunity to net over $70,000. Average wages increased throughout the city, including entry-level fast-food service workers.

Midland has one of the lowest rates of unemployment in the county at 1.7% as of 2019. Likewise, the cost of hotel stays has risen, along with the median household income, from $39,000 in 2000 to $75,000 in 2019. The city of Midland brought in over $57 million from sales taxes between 2018 and 2019, setting a new all-time record. Major oil employers in the city of Midland include Patterson Drilling UTI, Key Energy Services, Halliburton Energy Services, ConocoPhillips, Propetro Services, and Chevron.