The Biggest Winners and Losers So Far 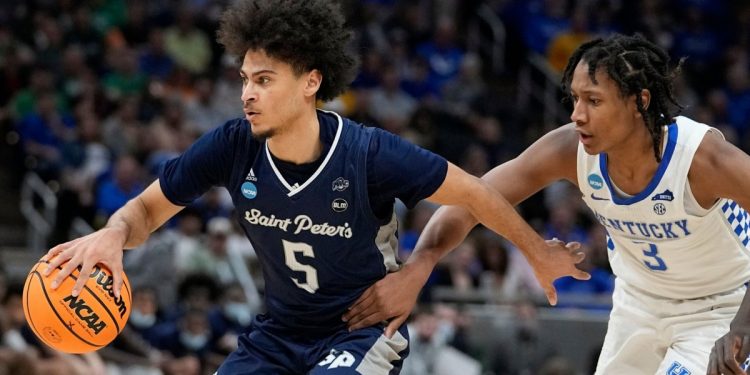 
March Madness 2022 has many winners and losers. Sixteen teams advanced in the NCAA men’s basketball tournament between Thursday and Sunday, and they’re all winners. Forty-eight other teams lost, and in the coldest, cruelest interpretation of events, they’re all losers.

You can look at the official NCAA bracket and see all of them. But as always, there are deeper stories beyond just who won and who lost. Below, I’ve picked out a few people, teams, and conferences who look especially good (or bad) after the weekend. Here are eight key winners and losers from March Madness rounds 64 and 32.

Last week, the Peacocks were an almost entirely unknown team led by a similarly unknown head coach. Today they’re the third No. 15 seed ever to get through the tournament’s opening weekend intact. Their blockbuster win was their first-round victory over the East region’s No. 2 seed, Kentucky, 85–79 in overtime. Then they beat No. 7 Murray State to punch their regional ticket. Coach Shaheen Holloway, in his fourth year, has grabbed national attention by winning these games and saying a lot of cool things as he does so.

Holloway and Saint Peter’s have a strong defensive identity, but they’ve also found offense from a group led by guards Daryl Banks (who posted a career-best 27 points against Kentucky) and Doug Edert (who made both his three-pointers and all eight of his foul shots in that game). No matter what happens from here, Saint Peter’s has already put together one of the most memorable runs in NCAA tournament history.

Things aren’t so rosy for the guy on the other side of that moment: Kentucky head coach John Calipari. Saint Peter’s played well, but Kentucky should have avoided overtime in the first place. Losing to a Metro Athletic school with smaller, less athletic players was an especially glaring failure.

It’s probably too soon to say that Calipari’s job is in danger, but he’s a decade removed from his lone national title, and Kentucky fans have started to lose patience with him. It’s reasonable to wonder if the school and the coach might part ways if they don’t get back over the hump in the next few years.

THE FIRST NO. 1 SEED GOES DOWN!! @UNC_Basketball defeats the reigning national champions.

The Tar Heels are headed to the Sweet 16. pic.twitter.com/8MITYRHwVm

Every NCAA tournament has teams that plod along through a so-so regular season before peaking in March. UNC appears to be that team in March Madness 2022. The Tar Heels took an embarrassing loss to ACC bottom-dweller Pitt on Feb. 16, but other than that, their only loss was in the conference tournament to eventual league champ Virginia Tech. As the eighth seed in the East region, they crushed Marquette in the round of 64 and then got a marquee win over No. 1 seed and defending national champion Baylor in overtime, 93–86.

The Baylor win was a show of resilience: The Heels squandered a 24-point lead, but they didn’t let that bother them in overtime. Next, they’ll play UCLA in the Sweet 16.

This one cuts across tournaments. On Thursday, the Iowa men, a No. 5 seed, lost to Richmond in the first round by a score of 67–63. That extended a dry spell for coach Fran McCaffery, who remains without a Sweet 16 appearance in 12 otherwise good years.

That was arguably less painful than what happened Sunday, when the Iowa women, as a No. 2 seed, lost at home to No. 10 Creighton in the second round. The Hawkeyes had a real national title shot with guard Caitlin Clark, one of the best players in America. Iowa now has nothing to look forward to this year with either of their basketball programs. March Madness is a fickle beast.

ELI BROOKS WITH THE SKY HOOK 😱

Three of these eight teams are in the Sweet 16. Michigan (No. 11 in the South) beat Colorado State and Tennessee to set up a date with Villanova, which doubles as a rematch of 2018’s title game. And Miami and Iowa State, the 10th and 11th seeds in the Midwest, will play each other in their regional semifinal, guaranteeing that at least one double-digit seed plays in the Elite Eight. It could be as many as three, depending on how well Michigan and Saint Peter’s do.

Those, of course, are the Big Ten and the SEC. It’s a good thing for the Big Ten that Michigan has been a great story, given that the rest of the league—not just Iowa—had a brutal opening week. The Big Ten put nine teams into the tournament, and just two (Michigan and Purdue) have lived to see the regional weekend.

The SEC had a tremendously fun regular season in college basketball this year, but nearly all the conference’s teams were sent packing from the NCAA tournament. The SEC had six teams in the field, including three teams seeded No. 3 or better. Those three teams lost, as did everyone else except West region No. 4 Arkansas, which will face No. 1 overall seed Gonzaga in the Sweet 16.

“I’m really proud to be your coach. It all had to do with heart.” 🥺

This entire season has been a farewell tour for Krzyzewski, one of the greatest to ever coach college basketball. He’s retiring after the tournament, which is a loss for Duke (the team has won many, many games under his watch) and all other college basketball fans, who will lose the easiest villain imaginable.

To that end: Can you imagine how much fun the sports world would’ve had at Coach K’s expense if this season-long vanity exercise ended in the round of 32? It did not, as the No. 2 seed Blue Devils beat Cal State Fullerton and then Michigan State to advance to the Sweet 16. That’s a bullet dodged whether his last hurrah ends in a championship or not.

Let’s not pile all the scorn on the Big Ten and the SEC. The Mountain West had an exciting season and placed four teams in the tournament: Colorado State as a No. 6 seed, Boise State and San Diego State as No. 8s, and Wyoming as a No. 12. All four of them lost, and only one game (SDSU’s three-point loss in overtime to Creighton) was particularly close.

Colorado State collapsed after building an early lead against Michigan. Boise State barely made noise against Memphis. Wyoming lost a First Four game to Indiana, meaning it didn’t even make the round of 64. For the MWC, this year’s NCAA tournament has been rough going. 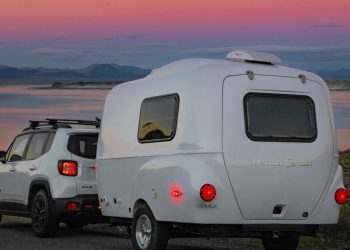