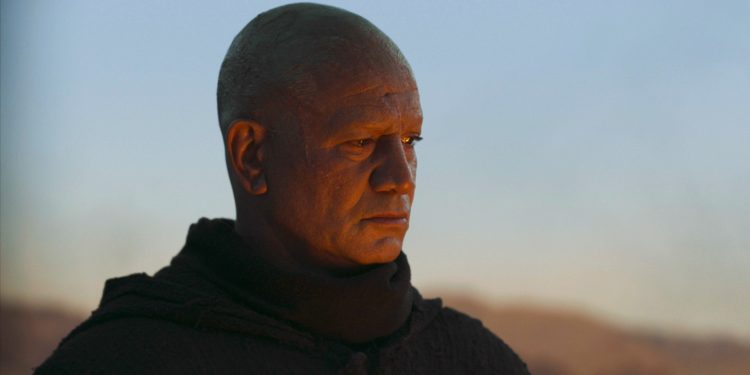 
Oddly, from an emotional standpoint, we feel worse for Grogu being separated from Mando than we did when Anakin was separated from his mom in The Phantom Menace. But by the time The Phantom Menace was released, we knew Anakin’s story was written, meaning, Qui-Gon Jinn and Yoda giving him a hard time about missing his mother felt tragic in a kind of mythological way — we know all of this is leading to little Ani becoming Darth Vader. When Luke is throwing the same kind of crap at Grogu, it just feels cruel, especially when you consider how important family and friends were to Luke in the Original Trilogy.

But because we know Luke’s endpoint in The Last Jedi, his character feels robbed of any agency in these Baby Yoda stories within The Mandalorian and The Book of Boba Fett. If The Book of Boba Fett had depicted Luke being a great teacher, and Baby Yoda having a good time becoming a Jedi, then, on some level, the larger storytelling arc of Star Wars would have been contradicted. We would be saying, “Luke is a fantastic Jedi Master, his failure in the Sequel era doesn’t make sense.” In other words, maybe we shouldn’t hate the player, but rather the game: It’s not Luke’s fault he’s a crappy mentor on The Book of Boba Fett, the larger Star Wars canon just forces him to be this way, mostly because of what we know has to happen next.

Now, if you’re in the corner of Star Wars fandom that dislikes The Last Jedi for toxic reasons, then you might be foaming at the mouth now and saying, “YES YES, THIS IS PROOF WHY The Last Jedi IS BAD!” If you were to take that reaction down one notch, a slightly more reasonable argument would be: “Well, in the old Legends novels, Luke taught that love and attachment were good, and he even got married and started a family.”

But tilting at the windmills of things that aren’t happening in the actual canonical story of Star Wars doesn’t actually get to the bottom of why this particular episode of Boba Fett might strike such a strange chord with Luke fans. Superficially, seeing weird stoic bad-teacher Luke almost feels like a betrayal from the heroic, lightsaber swinging Luke of The Mandalorian season 2 finale. However, if you flip that the other way, you could convince yourself that Boba Fett is simply demonstrating that bitter Last Jedi Luke and heroic Mando Luke are the same person. All we’re seeing in this story is just more of that complicated and fractured person, who yes, learns that failure is the greatest teacher, but also has to fail more often than he doesn’t to gain that wisdom. And yet, that analysis still doesn’t seem quite right.

Sure, we know from a plot perspective that Luke can’t be a great Jedi Master, because, in the broad strokes, we know Baby Yoda can’t grow up to be a powerful Jedi long term, because otherwise, Luke’s utter failure to train any new Jedi Knights by the time of The Force Awakens wouldn’t make much sense. Somehow, in these next two decades, Luke will continue to screw up with training Jedi, leading to the ultimate mistake where he decides it’s a good idea to maybe murder his nephew in a tent. This fact leads us to the true reason why so many fans are probably uncomfortable (not outraged!) that Luke was shitty to Baby Yoda.

We don’t know why. His past canon adventures have yet to give us any reason to believe that Luke would adopt this particular Jedi tradition of non-attachment when deciding to train the next generation of knights. It only works retroactively. “Oh, Luke followed the stupid, old-fashioned non-attachment rule. I see…that’s why Ben Solo hated his guts…that’s why Baby Yoda is gonna quit being a Jedi.” Right now, Luke’s pushy prequel-era Vulcan-esque no-emotional connection rule scans only as dot-connecting to help link Classic Luke with Sequel Luke. But, at the moment, it’s only dot-connecting and not storytelling because we don’t see why Luke’s changed his perspective.

‘We’ve got to reckon with this’ as a nation: What a 25-year-old legal dispute over public school funding says about education in America