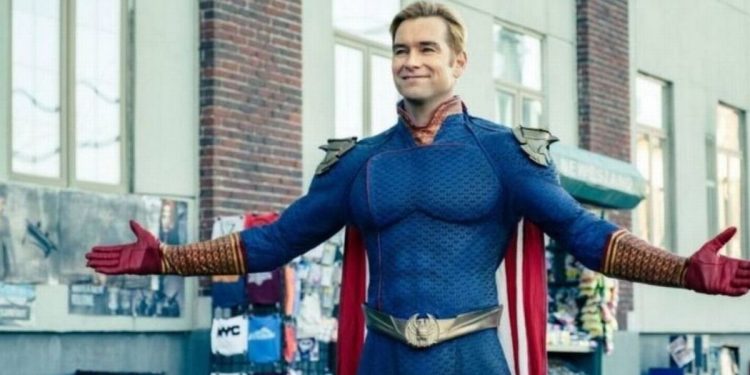 The 46-year-old star was arrested in Spain’s Costa Blanca over an alleged pub fight that left a man needing four stitches.

Starr is believed to be still in police custody ahead of an expected court appearance later today.

The New Zealand-born actor was arrested after allegedly attacking a 21-year-old chef who has claimed to local press he was punched twice before having a glass smashed in his face.

Police have yet to make any comment on the incident, said to have occurred in the early hours of Wednesday morning.

Starr is understood to be in Spain shooting for British film director Guy Ritchie’s latest movie, an action-thriller starring Oscar nominee Jake Gyllenhaal as a sergeant on his last tour of duty in Afghanistan.

The pub in Alicante where the incident occurred has not yet been named.

The chief who identified himself as Bathuel Araujo, claimed to local press his alleged aggressor Starr was “very drunk” at the time and when onto allege Starr lashed out after a friend he was with asked a pal of the actor’s to calm him down because he was being a nuisance.

The Venezuelan-born chef claimed he responded by telling him to “F**k off” and trying to push him out of the pub before Starr punched him in the jaw and near his eye when he eventually responded by pushing him back.

He told respected local Informacion: “After he punched me I was dizzy and that’s when he hit me with the glass by his left eyebrow.”

He alleged the second fracas continued in the street after the actor was allegedly kicked out of the pub by doormen. Starr cleaned himself up in the toilets, Bathuel claimed Starr had gone on to threaten him in English, telling him: “You don’t know who you’ve messed with, you don’t know who I am and what you’ve done.

“You’ve committed the mistake of your life and I’m going to look for you. I want to kill you.”

Officers from Spain’s National Police are understood to have arrested the actor at the scene and taken him to a nearby police station where he spent the rest of the night.

A spokesperson for Spain’s National Police in Alicante confirmed officers had arrested a 46-year-old man following an incident at a pub in the city in the early hours of Wednesday morning.

Officers confirmed he would be appearing in court this morning.

The spokeswoman said: “I can confirm a 46-year-old man was arrested following an incident at a pub in Alicante around 2.30am on March 2.

“He was held on suspicion of wounding. He has spent two nights in police cells and is due to appear in court later today.

“Another man suffered a cut near his left eyebrow which required four stitches. Only the one arrest was made.”

Starr posted photos of him enjoying the sunshine earlier this week after flying to the Costa Blanca.

He posted a selfie photo in sunglasses by a marina which he captioned ‘Boats.’

The Auckland-born actor also uploaded a snap from the same site showing the tapas he was eating, with a caption which said: “Here’s some food. That I did not eat. As opposed to food that I did eat.

“Exciting stuff we do on here.”

Starr built up a worldwide following with his superhero role on Amazon Prime’s original series The Boys, which is based on the comic book series of the same name.

He started his acting career early in the 1990s.

From 2013 to 2016 he starred in the television series Banshee which was his first role on US television, playing the part of an ex-convict who after 15 years in prison assumes the identity of Lucas Hood and becomes the new Sheriff of Banshee.

The new Guy Ritchie film he is starring in is as yet untitled. The cast includes Danish actor Dar Salim who played Qotho in Game of Thrones.

Tell us about an experience you had as a leader: Pulse