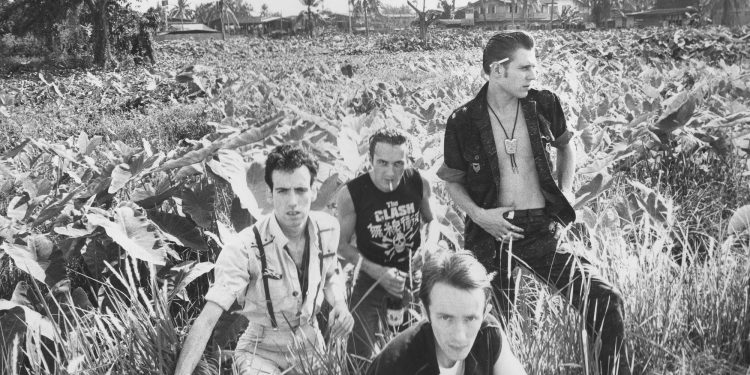 
The Clash are set to release a special 40th anniversary edition of their classic album ‘Combat Rock’, NME can exclusively announce.

Released in May 1982 as the final album from The Clash line-up of of Joe Strummer, Mick Jones, Paul Simonon and Topper Headon, ‘Combat Rock’ was the punk icon’s highest-selling and highest-charting album in both the UK and US – featuring the likes of ‘Should I Stay Or Should I Go’, ‘Rock The Casbah’, ‘Straight To Hell’ and ‘Know Your Rights’.

Now, a special edition of the album will arrive next month. Entitled ‘Combat Rock / The People’s Hall’, the original record now comes with 12 additional tracks compiled by the surviving members of The Clash.

Not only that, but the band’s collaborations with the late Ranking Roger will receive their first ever official release within a separate two-track EP. It finds the legendary frontman of The Beat infusing ‘Red Angel Dragnet’ and ‘Rock The Casbah’ with his own unique style.

The EP will receive a limited edition 7” vinyl following release on May 20, and will be available to hear online in the coming hours. Check back soon to hear it.

Following The Clash’s seminal 17-show residency at New York’s Bond’s Casino in 1981, the band rehearsed and recorded at The People’s Hall in the squatted Republic of Frestonia near Latimer Road in London before heading out on a tour of the East and South East Asia, during which the now iconic album sleeve image was captured by Pennie Smith in Thailand.

The 12 tracks that make up ‘The People’s Hall’ chart the period from final single ‘Radio Clash’ up to ‘Combat Rock’, including unheard, rare and early versions of tracks.

Among them are a new version of ‘Know Your Rights’ recorded at The People’s Hall on The Rolling Stones‘ Mobile Studio, previously unreleased instrumental ‘He Who Dares Or Is Tired’,  ‘Futura 2000’ (an unreleased original mix of ‘The Escapades of Futura 2000’). Mikey Dread’s ‘Radio One’, and the outtakes ‘The Fulham Connection’ (previously known as ‘The Beautiful People Are Ugly Too’) and ‘Idle in Kangaroo Court’.

The new special edition of ‘Combat Rock / The People’s Hall’ will be released on May 20. Check out the tracklist below and pre-order it here.

Meanwhile, the bass guitar that was memorably smashed by The Clash‘s Paul Simonon is now on permanent display at the Museum of London.

Just because I CAN put 20% down for a house, does that mean I SHOULD? : RealEstate