The Eta Aquariids meteor shower will dazzle this week – CNN

The shower will remain active until May 27. 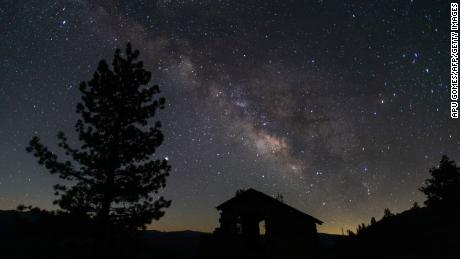 The Delta Aquariids are best seen from the southern tropics and will peak between July 28 and 29, when the moon is 74% full.

Interestingly, another meteor shower peaks on the same night — the Alpha Capricornids. Although this is a much weaker shower, it has been known to produce some bright fireballs during its peak. It will be visible for everyone, regardless of which side of the equator they are on.

The Perseid meteor shower, the most popular of the year, will peak between August 11 and 12 in the Northern Hemisphere, when the moon is only 13% full.

There are eight full moons still to come in 2022, with two of them qualifying as supermoons.

Definitions of a supermoon can vary, but the term generally denotes a full moon that is brighter and closer to Earth than normal and thus appears larger in the night sky.

Some astronomers say that the phenomenon occurs when the moon is within 90% of perigee — which is its closest approach to Earth in orbit. By that definition, the full moon for June as well as the one in July will be considered supermoon events.

Here is a list of the remaining moons this year, according to the Farmers’ Almanac:

A partial solar eclipse on October 25 will be visible to those in Greenland, Iceland, Europe, northeastern Africa, the Middle East, western Asia, India and western China. The first was on April 30.

Partial solar eclipses occur when the moon passes in front of the sun but only blocks some of its light. Be sure to wear proper eclipse glasses to safely view solar eclipses, as the sun’s light can be damaging to the eye. 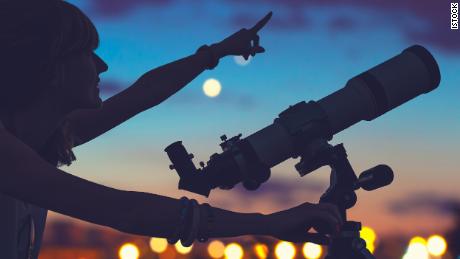 There will also be two total lunar eclipses in 2022.

A total lunar eclipse will be visible to those in Europe, Africa, South America and North America (except for those in northwestern regions) between 9:31 p.m. ET on May 15 and 2:52 a.m. ET on May 16.

Another total lunar eclipse will also be on display for those in Asia, Australia, the Pacific, South America and North America on November 8 between 3:01 a.m. ET and 8:58 a.m. ET — but the moon will be setting for those in eastern regions of North America.

A lunar eclipse can occur only during a full moon when the sun, Earth and moon align, and the moon passes into Earth’s shadow. Earth casts two shadows on the moon during the eclipse. The penumbra is the partial outer shadow, and the umbra is the full, dark shadow.

When the full moon moves into Earth’s shadow, it darkens, but it won’t disappear. Sunlight passing through Earth’s atmosphere lights the moon in a dramatic fashion, turning it red — which is why this event is often referred to as a “blood moon.”

Depending on the weather conditions in your area, the moon may appear rusty, brick-colored or blood red.

This color variability happens because blue light undergoes stronger atmospheric scattering, so red light will be the most dominant color highlighted as sunlight passes through our atmosphere and casts it onto the moon.