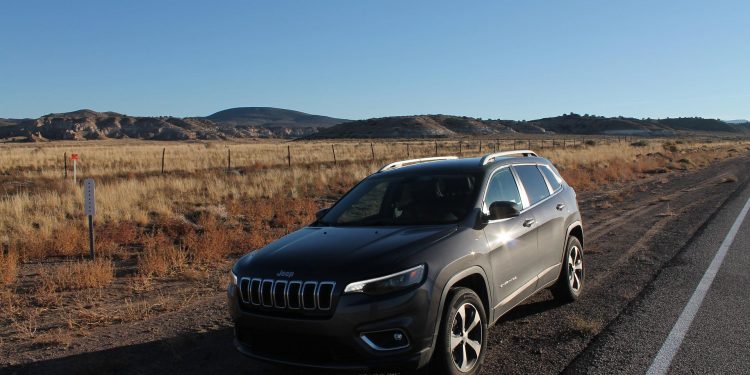 Automakers take a chance using “Grand” in a vehicle’s nameplate. Automatically, expectations are raised. But that’s not a problem for the Grand Wagoneer. In fact, it’s a good thing. Jeep wants to call attention to the full-size SUV’s nearly sybaritic level of opulence, set off nicely by brawny and handsome styling. The ride also offers top-shelf off-road ability as well as on-road refinement, a combo that’s hard to achieve. So, yeah, the ride IS “grand.”

But did you know the Jeep Grand Wagoneer was a luxury sport-ute before “luxury” was a thing? Well, ‘tis true. Let’s examine that — and more.

Origins of the Grand Wagoneer

The first Wagoneer hit the scene in 1963 and would roll on for decades with just small mechanical changes. Then, in 1966, Kaiser — Jeep’s owner at the time — unveiled the Super Wagoneer, which would presage its upscale brand. It’s important to note that no trucks during that time had niceties such as power steering and brakes, and primo sounds.

Around a decade later, AMC, which bought Jeep in 1970, began mulling production of another lavish Wagoneer, then introduced the Limited trim, which was full on woody. Most significantly, the offering signaled to consumers that it would continue to embrace their “outdoors” imaginations, even as it raised prices to cover a cornucopia of contemporary amenities and a quieter, more refined experience.

Limited sales were doing nicely by 1982, and AMC added creature comforts such as leather bucket seats and trim, A/C, and a bunch of other features. Two years later, the Jeep Grand Wagoneer was born, bringing with it most of the goodies Limited customers had come to expect. In addition to the wood trim, those offerings included a 5.9-liter V8 and standard shift-on-the-fly 4WD.

In 1986, Grand Wagoneer got modernizations such as an improved climate control system, headrests, and a new steering wheel and gauge cluster. Chrysler bought AMC a year later and over the next couple of years would give the GW keyless entry, a sunroof, map lights, and rear wiper.

By 1991, when the truck was discontinued due in part to looming federal safety standards, the Jeep Grand Wagoneer had become the desired ride among habitues of Martha’s Vineyard and the like.

The ride can seat eight grownups, tow some 10,000 pounds, and ford up to two feet of water. It may not be quite as nimble as the Jeep Wrangler — that’s a high off-road bar, after all. But with its adjustable Quadra-Lift air suspension and standard Quadra-Drive II four-wheel drive off-road system, the Grand Wagoneer is more than able to handle steep terrain and navigate large rocks.

The SUV’s interior boasts high-end materials including quilted Palermo leather upholstery, and wood and aluminum trim, plus 24-way adjustable seats with massage and ventilation. There is also a broad array of digital displays and other features, and the roomy cabin in nicely insulated against all manner of noise.

Drive-wise, the GW’s formidable but quiet and smooth 6.4-liter V8 is powerful enough to handle anything, even during towing or with a full passenger load.

The bottom line is that the Grand Wagoneer — yes, the first luxury SUV — cracked open a whole new segment for U.S. consumers and paved the way for contemporary sport-utility luxe vehicles such as the Cadillac Escalade, Lincoln Navigator, and Lexus LX. After all, the ride did beat the Range Rover to market by a few years, and among SUV aficionados, there’s also no question which vehicle was better.