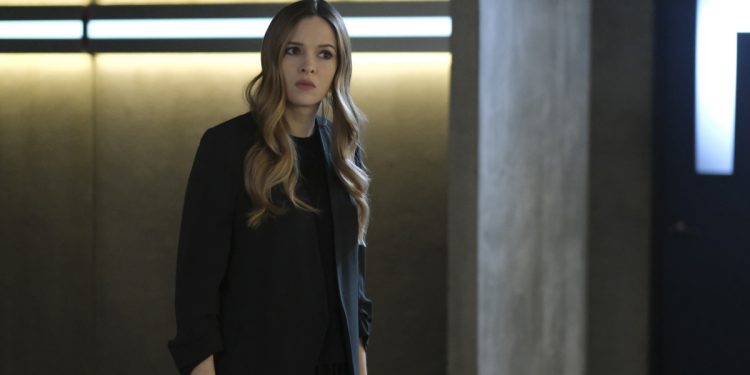 
So, apologies to everyone who thought that “Resurrection” might finally be an hour in which Caitlin, an OG Team Flash member, and a character the show often relegates to spouting medical jargon in a corner for huge swaths of every season might finally experience some lasting joy. We never should have gotten our hopes up.

Look, the prospect of a permanent reunion between Ronnie and Caitlin was always unlikely, given that we all knew coming into this that Robbie Amell was only coming back to the show for a couple of episodes this season. But The Flash also exists in a universe where multiple characters have come back from the dead, crossed over from alternate timelines or some mixture of the two. Heck, Eobard Thawn was just resurrected (again!!) like five episodes ago, so it’s not like this would have been completely out of the realm of possibility.

But I suspect what most Caitlin fans were hoping for was just something small—maybe a few flashbacks or some small moment involving a vision of her dead husband that might help her feel more at ease with her decision to try opening her heart again to Marcus. Or give us more of a reason to care about their connection. Something that honored what came before even as it helped both her and us to move on.

Instead, the show spent forty minutes reestablishing in excruciating detail exactly why Ronnie and Caitlin were one of the show’s best romances, simultaneously reminding us they’ve never managed to give her a relationship that was anywhere near its equal and teasing the possibility that she (and we) might somehow, magically, get it back. But, oh, no, it was really just time to break Caitlin’s heart again during the last five minutes for no clearly discernable reason because unhappiness is apparently her default state. Sigh.

And the thing is, as a whole, “Resurrection” is a really good episode of The Flash. There’s a complex team conflict, fueled by the sort of interesting moral and ethical quandaries I always love to see in my superhero television. There are multiple great character moments, and some freshly minted flashbacks depicting one of my all-time favorite romances. (Caitlin and Ronnie’s double proposal in the snow is one of the best and most swoon-worthy things this show has ever done.) Frost got the chance to choose her sister over Barry, Cecile’s powers were actually useful for once, and the Deathstorm CGI actually looked really cool in that last scene.

To be fair, the idea that this Deathstorm would somehow mine Ronnie’s memories to trick Caitlin into helping him cross over into the real world makes a ton of sense. And goodness knows, it’s an emotional gut-punch, and it’s a move that just feels so comic book-y. Watching how this all unfolds now that this monster is free should make for great television, and that’s a good thing in a season that’s been…relatively unmemorable since Armageddon wrapped.