Capital place to stay! The former Meridien Hotel on London’s Piccadilly is now a buzzy new 5-star property with rooms from just £177 (a bargain for this location)

The former Meridien Hotel on London’s Piccadilly —almost opposite Fortnum & Mason and a short hop from the Royal Academy — has languished for at least a couple of decades, unloved and, despite its superb location, largely ignored.

Some will remember that Marco Pierre White’s name was once above the door of what was the hotel’s Oak Room restaurant, but that didn’t work.

The huge, windowless room was never able to shake off its corporate vibe, even though it was the scene of raucous parties in the 1920s — so it’s especially pleasing that the newly named and newly owned The Dilly has invited Madhu’s to create an Indian restaurant in the Oak Room. 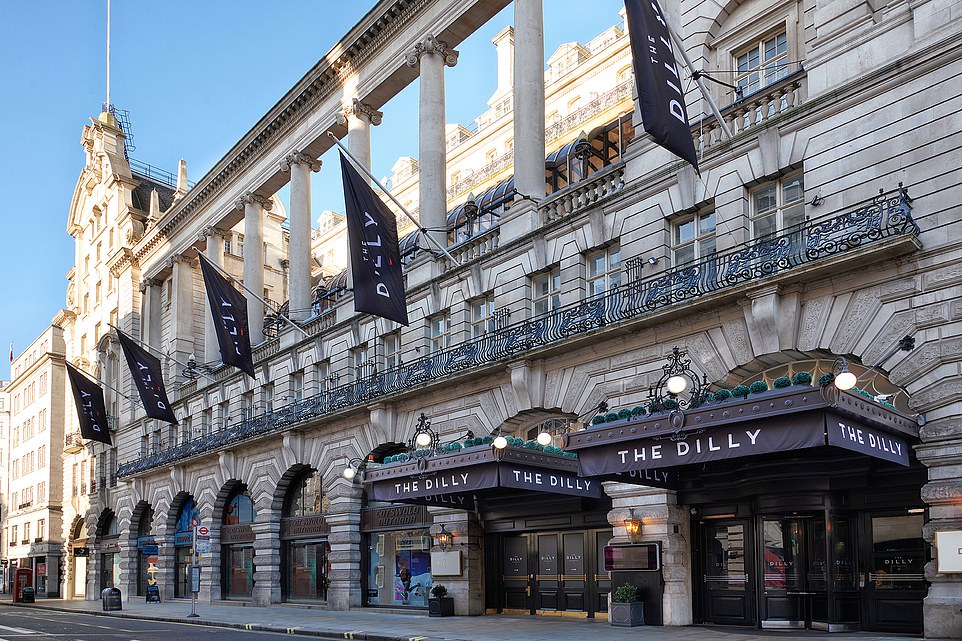 The former Meridien Hotel on London’s Piccadilly is now The Dilly, with doubles from £223 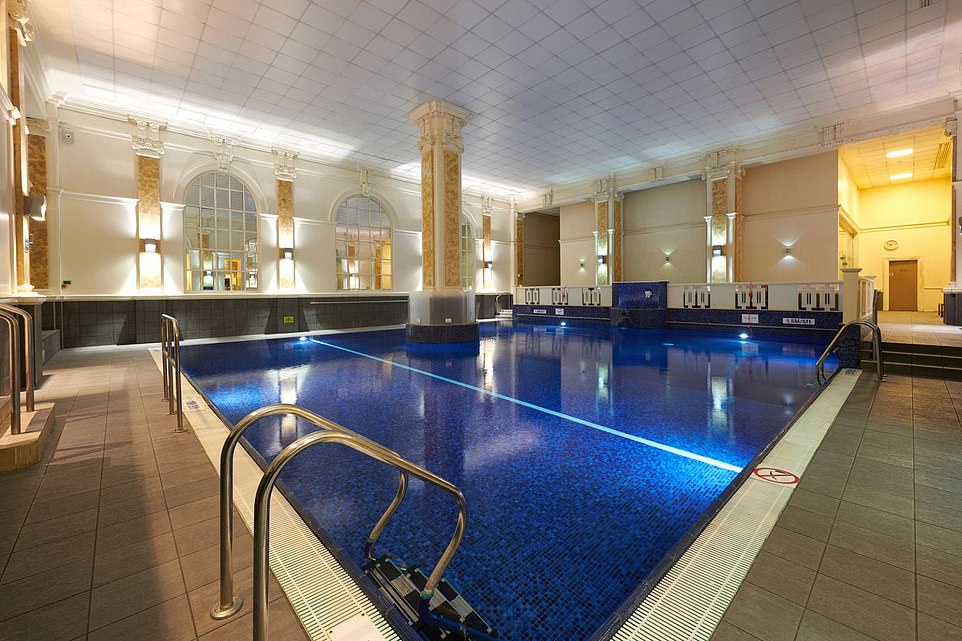 ‘You either like big, grand hotels that have been around for 100 years or more, or you don’t,’ writes the Inspector. ‘I do – and this is confirmed when I go for a swim in the pool, look in on the gym and note that there is even a squash court’

It is now a buzzy space, with a terrific Raj-style bar next to it. On my visit, it’s as if half Bollywood has moved in for the night, with napkins for skirts and a riot of sparkly tops.

Full marks, too, for the revamped lobby, with huge vases of flowers, a specially commissioned rug and lots of moody, dark panelling.

There are no fewer than 208 rooms and suites in this venerable building, which first opened as the Piccadilly Hotel in 1908 and had its heyday in the 1920s and 30s when an outdoor pool was a glamorous, revolutionary attraction. I am billeted on the eighth floor in one of the cheapest rooms (£177 for a five-star hotel in the centre of the capital is a deal).

It has neutral colours, Scandi-style furniture, great views (I can see Big Ben) and, for some reason, the smallest of bath towels. 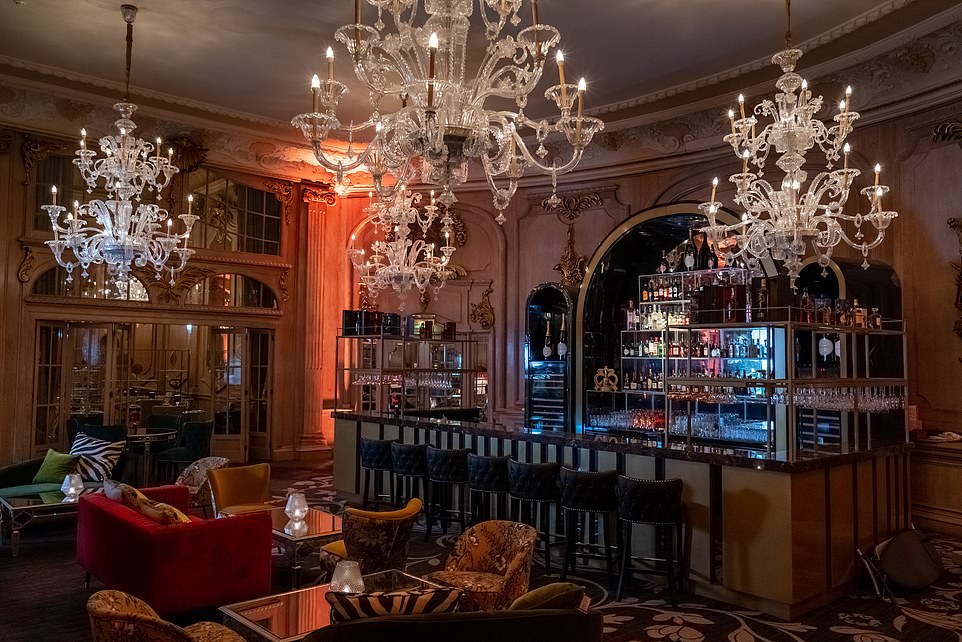 The Dilly’s ‘terrific’ Raj-style bar, which was populated with a ‘riot of sparkly tops’ during the Inspector’s visit 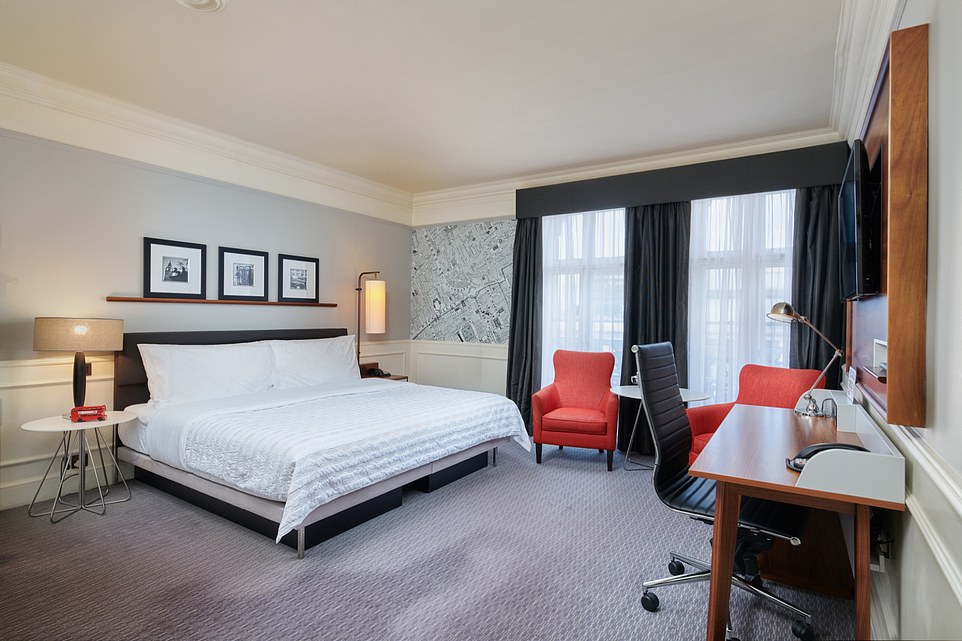 There are 208 rooms and suites in the building, which first opened as the Piccadilly Hotel in 1908 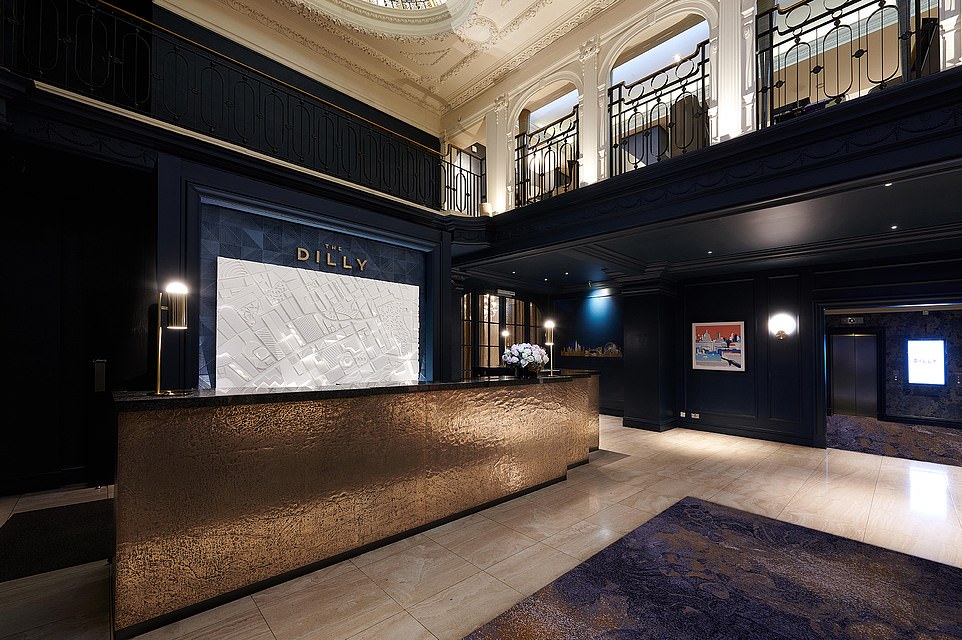 The Dilly deserves to succeed, the Inspector declares. But he warns:  ‘This won’t be easy, given the stiff five-star competition in the capital’

You either like big, grand hotels that have been around for 100 years or more, or you don’t. I do — and this is confirmed when I go for a swim in the pool, look in on the gym and note that there is even a squash court.

In addition to Madhu’s, The Terrace restaurant is open all day and this is where breakfast is served. It’s not a cosy space but various palms do their best to create some atmosphere, despite the intrusion of awful muzak.

The Dilly deserves to succeed. This won’t be easy, given the stiff five-star competition in the capital. But for anyone visiting London and wanting to be in the thick of the action, there can be few better spots.

Exclusive for Mail on Sunday readers: Join Adam Frost on a voyage to Holland’s wondrous blooms

Great British boltholes: A review of The Haughmond, Shropshire

The winter sun holidays with blazing hot deals, from the Caribbean to Tenerife

Japan: The backdrop to the Olympic games looks impressive on TV – but seeing it for real is golden

The Best James Bond Movies of All Time, According to Rotten Tomatoes