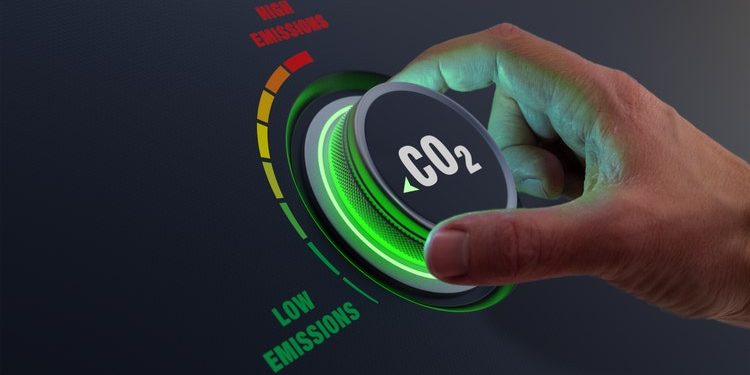 Voluntary carbon markets are coming of age. With more than $1 billion notional value traded, the market hit a special milestone this past year.

While carbon offset credits remain – by their very nature – bespoke instruments, benchmark prices and futures are emerging, bringing a highly welcome measure of standardization to the market. During COP26, the UN Climate Change Conference held at the end of 2021, countries agreed on a common approach to the Paris Agreement’s Article 6, which deals with international carbon markets. This should provide the market with fresh impetus and a higher level of clarity as the international community moves towards a low-carbon future.

The idea behind voluntary carbon offsets is simple. Entities develop projects that have a CO2 reducing impact on the environment. This CO2 reduction is certified by a third-party registry which will check that this is a real, permanent, additional reduction. The marketplace evolves around project developers and buyers financing these projects via the purchase of project-backed offset credits. Buyers may seek to net off their own emissions against these offset credits.

While the underlying idea is straightforward, carbon offset credits come in many shapes and forms. Broadly speaking, the market can be separated into nature-based and technology-based projects. “Nature-based” includes projects that incorporate natural carbon sinks such as forests, wetlands, or other ecosystems. In contrast, “technology-based” projects may involve transitioning to renewable energy sources, capturing methane from landfills, developing efficient cookstoves in rural communities, etc.

Some projects will qualify for additional co-benefits in addition to the reduction in emissions – a wetland restoration project will not only sequester CO2, but it may also promote biodiversity and help the local community. Different registries may apply slightly divergent criteria to their certification process. Finally, buyers may have preferences for different geographic locations, project types and vintage years.

Clarity Comes to the Carbon Market

The result is that for a number of years, pricing for voluntary carbon offsets has been highly variable, and nature-based projects with co-benefits have typically attracted higher prices. At the same time, governments around the globe are recognizing the urgent need to transfer to a low-carbon economy – and there is broad acceptance that carbon offset credits must be part of solution.

Some researchers estimate that nature-based solutions alone could provide up to 1/3 of the emission reductions needed by 2030 to keep global temperature increases under two degrees. A number of public-private initiatives are pushing forward and recommending frameworks for the voluntary carbon market to grow – most notably the ‘Taskforce on Scaling Voluntary Carbon Markets’ (TSVCM) sponsored by the Institute of International Finance.

The Article 6 negotiations that took place during COP26 have also brought further clarity to the market. The implementation of the agreement will take time, and a number of questions remain open. It provides clarity to what extent legacy offset credits generated under the Kyoto Protocol’s Clean Development Mechanism (CDM) will be allowed for futures emission reductions. It also makes a recommendation around double counting of emission reductions.

In the past, an emission reduction outcome may be accounted more than once when it is claimed by the country in which the project was based, and, at the same time, by the entity which ultimately bought the certified offset. This is being addressed by the introduction of Corresponding Adjustments (CAs). Once implemented, that mechanism should ensure that offset credits can only be claimed once.

GEO reflects the market price of CORSIA-eligible carbon offsets. CORSIA, the Carbon Offsetting and Reduction Scheme for International Aviation, is a framework to support reducing emissions offsets from the international aviation sector. While the contract is designed to comply with CORSIA, its user base is not restricted to airlines only – other entities may simply adopt the same requirements and use CORSIA credits for their own purposes. N-GEO is a product that reflects the price of nature-based offsets with additional co-benefits (Verra Climate, Community, and Biodiversity standards).

Both contracts have found acceptance, with volumes growing in both spot and futures markets. On CBL Xpansiv, carbon-offset volume transacted on its platform exceeded 120 million metric tons of CO2 equivalent (mt CO2e), a 288% increase from 2020 levels. Since launching last year, total volumes across GEO and N-GEO futures amounted to 47 million mt CO2e in 2021 since launching last year.

Prior to the December delivery cycle, open interest in the two contracts peaked at more than 15 million mt CO2e. When the December contract expired, participants made full use of the contracts’ physical delivery: 5.9 million mt CO2e were exchanged between buyers and sellers, with every delivered contract backed by qualifying carbon offset projects. In all, more than 6.5 million offsets were delivered between the two contracts in 2021.

Voluntary carbon markets can play a meaningful role in the transition to a low carbon environment. Once the Article 6 rulebook is fully implemented, the role of corresponding adjustment and legacy CDM projects should provide further clarity to project developers, offset buyers, and traders alike. Spot and futures exchanges are helping the voluntary carbon market along in its path towards transparency and standardization.