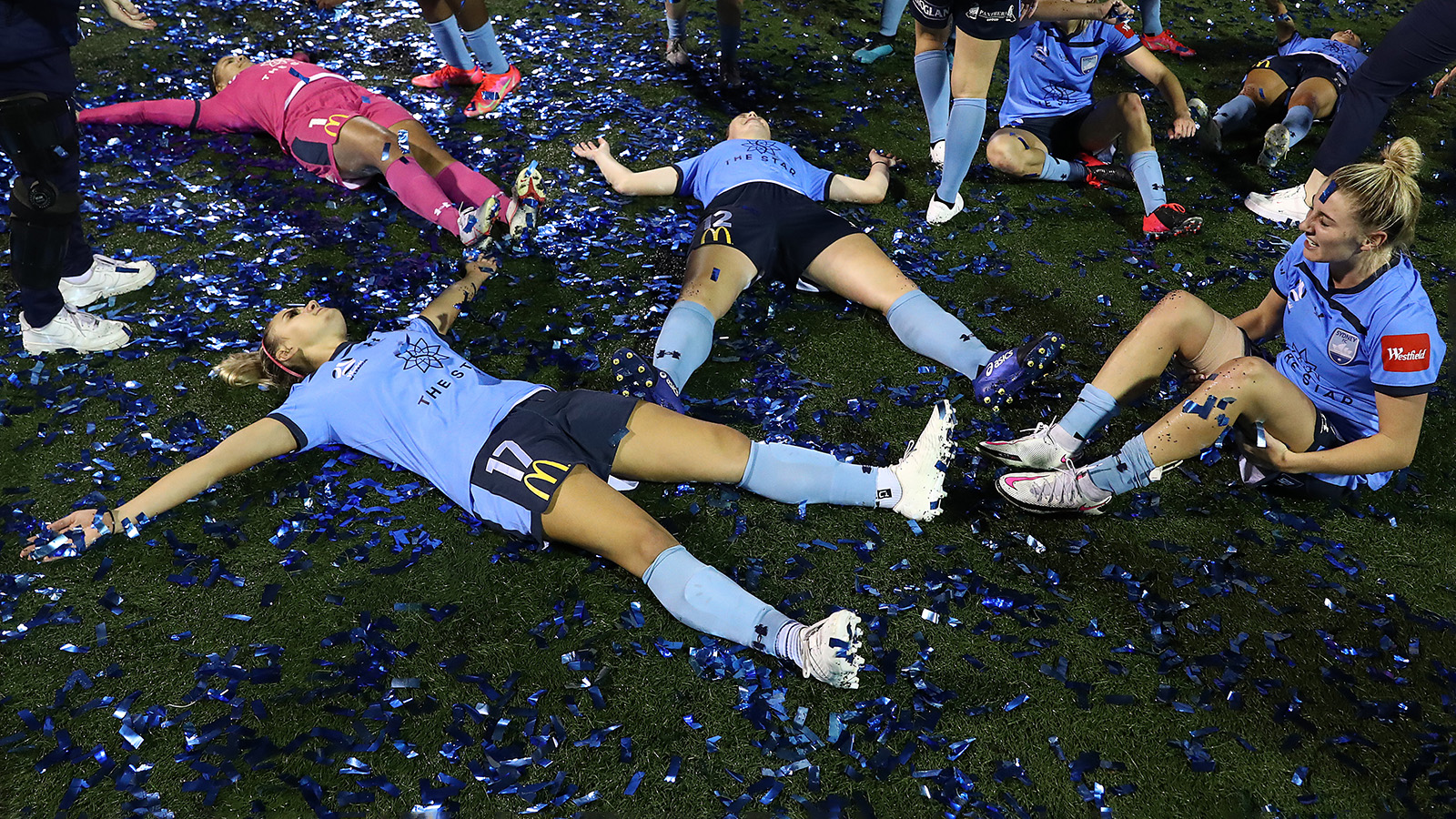 Sydney FC coach Ante Juric has hailed his inexperienced side after they became the youngest team to win the W-League premiership.

The Sky Blues claimed a 2-1 win over third-placed Melbourne Victory in the final round on Wednesday at Cromer Park to collect the club’s first W-League premiership in a decade.

It ends a strangely long drought for one of the competition heavyweights whose roster is usually littered with international players.

Sydney FC are now also two wins away from winning a fourth championship and equalling the mark set by Melbourne City.

The Sky Blues have consistently lined up with numerous international players in their squad, but this year has been markedly different with the vast majority of Matildas now plying their trade in Europe.

Juric said the youthful and relatively inexperienced nature of his side made the premiership win all the more pleasing.

Unusually, Sydney FC fielded Australian-raised players only with the side’s average age typically being around 21 and 22.

They also had to make do without regular central defenders Ellie Brush and Liz Ralston due to injury.

“Not many sides could cope with that, but it reflects our resilience and attitude and hard work,” Juric said.

“To do all that and be (an) all-Australian (side), I’m super happy.

“We had a plan to do this even before COVID,” Juric said of his youth policy.

“I told (Sydney FC CEO) Danny (Townsend) I would go for youngsters, and I said ‘yes’ when he asked, ‘do you think you can win?’.

“We are still going for the championship of course and we have the semi-final ahead of us, but this was planned which is why I am so proud.

“We’re not getting carried away as the job is not finished yet,” Juric added.

“We only lost two games and drew one so it was definitely a fair reflection of the season.

“What I don’t think is fair is that we don’t play each other twice, where you get a bit of a tough run. But the girls deserve it and the ladder shows that.”

The pair played out a scoreless draw last Friday although Sydney collected a one-sided 4-0 victory earlier in the season.

“They have some dangerous players, we have to be ready,” Juric said.

“They were good the other day, they were really up for it.

“To get a 0-0 draw, I was pleased in a lot of ways, after not playing for three weeks, in front of a big crowd, that sort of us set us up for today.”

The Sky Blues have suffered one blow, however, with forward Cortnee Vine set to miss the finals with a knee injury.

Pop-Up Books for Kids That Are Educational, Recommended by Teachers

Australia’s favourite show has been revealed, but have you seen it?