The Good Movies Buried in the Original Casino Royale 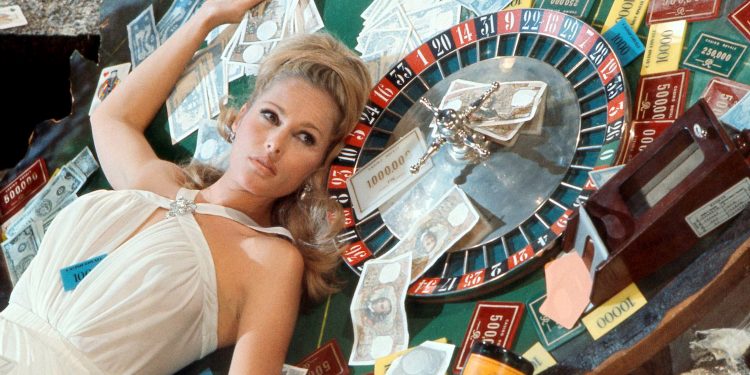 When we first meet Niven’s Bond, he has retired, lives in a country estate (surrounded by lions), and has no interest in returning to serve Queen and Country. His opening monologue gives a very different, and damning interpretation of Bond from either the Eon movies or the Fleming books.

“In my day, spying was an alternative to war. The spy was a member of a select and immaculate priesthood, vocationally devoted, sublimely disinterested. Hardly a description of that sexual acrobat who leaves a trail of beautiful dead women like blown roses behind him.”

The sexual acrobat in question is “that bounder to whom you gave my name and number,” a not-so-subtle jab that implies Connery’s Bond is the imposter, given added edge once you know Niven was Fleming’s first choice.

The line “select and immaculate priesthood” is (probably) unintentionally echoed by Craig’s “half monk, half hitman” line in the Eon version of the movie, but it also portrays a version of Bond that’s a good deal more sympathetic and admirable than the murderous, misogynistic, state-sponsored killing machine that Craig initially portrayed. (One thing that has always elevated Craig’s version of Bond is his obvious contempt for the character. Once when asked what people could learn from Bond, Craig simply answered, “nothing.”)

It also introduces something that has been missing, or at least in short supply in the latest era of Bond films: self-awareness. Over the years, the Bond movies have swung from gritty to glamorous, from played dead straight to bordering on self-parody. The pendulum was tipped over and left for dead when the Austin Powers movies soared into the public consciousness at the end of the ‘90s, and Bond has been played with absolute seriousness ever since.